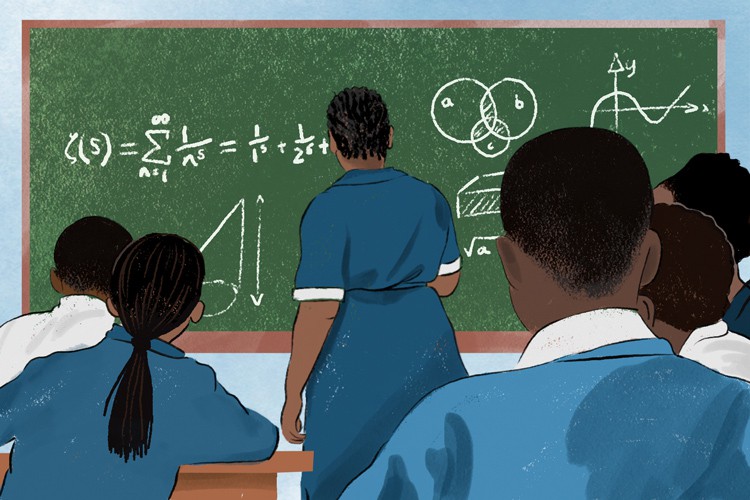 The office of the Western Cape MEC for Education has been found liable to pay damages to a former school pupil who was sexually assaulted, aged 12, by her acting principal who already had a previous conviction for indecently assaulting a teenager.

His criminal record was never picked up. He lied on forms he submitted for various teaching posts he held. But, Western Cape High Court Judge Mark Sher has now ruled that the education department was negligent in not doing proper vetting.

He ruled that the MEC and the perpetrator are jointly liable to pay damages – still to be determined either at a future trial or by agreement – to the former pupil.

While the sexual assault occurred ten years ago, Judge Sher said evidence was that the perpetrator, Keith Swanepoel, was still employed as an educator “placing children in his care at continued risk”.

“This is unacceptable and a copy of this judgment must be forwarded to the department so that appropriate action can be taken against him.

“It is also unacceptable that he was not prosecuted criminally. He should be punished for it. I trust the matter will also be referred to the director of public prosecutions.”

The former pupil was attending Vleiplaas Primary School in September 2011 when, according to her evidence, Swanepoel instructed her to go with him to the staff toilet.

He locked the door and told her to remove her uniform. He then put on a condom and raped her.

Afterwards she was in a state of “shock and anger”.

Some days later, she told the school secretary what had happened. The education authorities were alerted and a charge was laid with the police.

Her evidence was backed up by two witnesses who had seen her come out of the toilet “appearing dishevelled”, followed moments later by Swanepoel who wiped his face with a rag.

One witness, secretary Colleen Kees, said on that day she had gone looking for the young girl because she was supposed to be on kitchen duty.

She had noted that the staff toilet door was locked and Swanepoel indicated to her that he was inside.

She was suspicious. She waited a few metres away, joined by a local community member who happened to be at the school. They witnessed the learner and Swanepoel coming out.

Kees said she had questioned the learner but it was only some days later that she became “distressed and was crying” and said what had happened.

Swanepoel denied that he had raped or sexually molested her.

Judge Sher said during cross examination he was “repeatedly confronted” with numerous standardised department application forms he had completed over the years in which he was asked if he had ever been found guilty of a criminal offence.

He indicated that he had no convictions.

Judge Sher said Swanepoel had conceded, however, that in 1992 he had been convicted of indecently assaulting a girl under the age of 16.

“He denied withholding his criminal record, saying it had been a mistake, but conceded that if he had disclosed it, he would in all likelihood not have been appointed,” Judge Sher said.

In contrast, Swanepoel had been a poor witness – “smug, opinionated and evasive”.

He had gloated about the fact that he had not been found guilty at his disciplinary inquiry.

Judge Sher said the outcome of the inquiry had been “startling”, “a travesty of justice”.

“Had the presiding officer properly considered the evidence he would have been found guilty and dismissed,” the judge said.

On the issue of the liability of the MEC, he said the department had attempted to shift the blame to the South African Council for Educators, which is responsible for the registration of educators, but this was not sustainable.

It also emerged during the hearing that since 2018, following an outcry about teachers sexually assaulting learners, the department had begun doing its own vetting which undermined its defence that this was not its responsibility.

The department had been unable to explain why it had never checked or verified the forms Swanepoel filled, and yet it had conceded that the issue of sexual attacks on learners was long-standing.

“In my view, the department was under a legal duty to vet him before accepting him as its employee, in order to ensure that not only was he formally qualified to teach children, but also that he was a suitable and fit person,” Judge Sher said.

“It failed to discharge that duty. It was negligent. A reasonable employer would have foreseen that children would be at risk by an educator who had a previous conviction of sexual assault of a minor, if it employed him.”

Judge Sher dismissed a counter claim lodged by Swanepoel against the former learner for “laying a false charge of rape against him”. He said this was a “litigatory tactic” aimed at putting pressure on her and an “abuse of process”.

Previous:  Video: How a disabled man has brought chess to one of Cape Town’s poorest schools