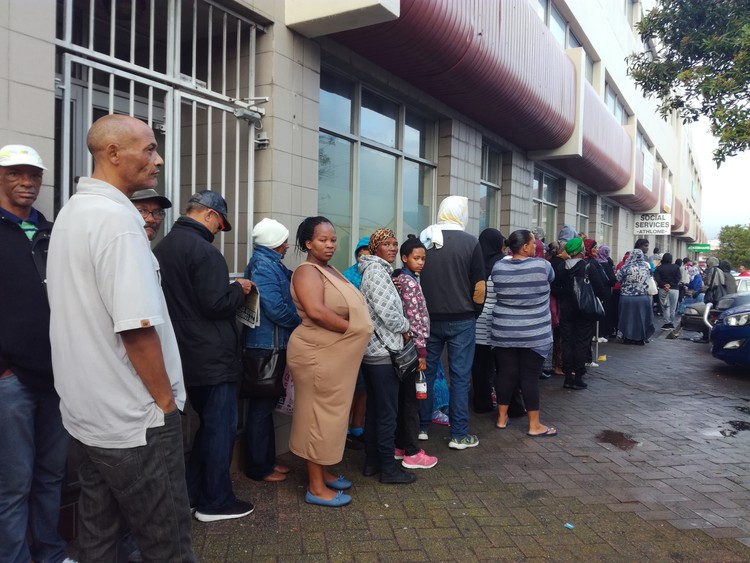 Employing more people in the public sector is the way to tackle the jobs catastrophe, economist Andrew Donaldson said on Tuesday. The number of people in jobs programmes such as the Expanded Public Works Programme could be increased fourfold in six years, he said.

Donaldson is a Senior Research Associate at the Southern Africa Labour and Development Research Unit (SALDRU) at the University of Cape Town, and was formerly Deputy Director-General in the National Treasury with responsibility for the Budget Office and Public Finance.

After a decade of sustained job growth between 2000 and 2010, when unemployment dropped to just over 20%, South Africa’s unemployment rate has steadily crept up, sitting at 35% in the fourth quarter of 2021, according to the latest Quarterly Labour Force Survey.

Donaldson argued that state-funded jobs programmes are the best way to sustained economic growth, and South Africa can afford these programmes.

Since 2015, jobs offered through the Expanded Public Works Programme (EPWP), the main way of growing public sector employment, have declined. The programme now offers the equivalent of 300,000 full-time jobs - accounting for less than R10-billion in wages a year, according to Donaldson.

“When you compare that with what we’re spending on social transfers, on income support to the poor, our employment programmes are really much too small,” said Donaldson. The R350 Covid-19 Social Relief of Distress grant, recently extended for another 12 months, will cost R44-billion a year alone.

“This tells us you can be ambitious, you can think big about public employment,” he said. For Donaldson, this should be extended to other sectors, particularly safety on trains.

He said these new jobs should be permanent, not temporary as in the EPWP. The people employed were “doing useful things”, he said.

People in these programmes should be paid at least the minimum wage, he said.

Municipalities should play a major role, and should co-ordinate with businesses in their areas.

To start with, the programmes should be low-cost and labour intensive.

He argued for a balance between income support to households, such as social grants, and employment programmes. Income support alone, he said, is not enough to make a more equal society.

He also called for more interaction between the Department of Labour and the Unemployment Insurance Fund (UIF), in developing support for work seekers.

“We have to invest in a more equal economy. We’re sometimes a little preoccupied with the new opportunities of the fourth industrial revolution … Water services, housing investment, improved transport, telecommunications - those investments are still incomplete. We still have a huge amount of investment to do; the creation of opportunities that contribute to improved living conditions in things that the world has known how to do for a hundred years.”

“If we rely only on income support and our social assistance system for ensuring redistribution, we will find that is not enough.”

“You can’t build sustainable futures, decent livelihoods, and a more equal society unless you’re making progress through investment, job creation, opening up employment opportunities to all and bringing the unemployment rate down systematically,” said Donaldson.

“We need to set targets for that and we need to ensure that our growth is more balanced than it is at present.”

Next:  Massive backlog at sexual offences court because of broken recording machines

Previous:  Why independent healthcare inside prisons is vital

Government needs to invest in our people

Government must give people the opportunity to bring their skills and experience, if we want to be able to beat unemployment. I support what the former Treasury official says.