The author of this eye-witness account was too afraid to be identified.

l arrived in the Harare city centre at about 4pm on Wednesday.

I was surprised to see ordinary people running from all directions of town. Some vendors were pushing trolleys full of goods. They were shouting, “Soldiers run!”

I could hear gunshots from every direction. People were fleeing from MDC supporters, protesting the election results, who had barricaded roads. Most of the protesters had dispersed but soldiers were chasing after people uninvolved in the protests. Some women were carrying children on their backs.

That is when l saw the soldiers coming. Some were in military vehicles. Others were walking on foot. I have never seen so many soldiers in my life. They were angry. Some were holding guns, others sjamboks. It felt like a war had broken out in Harare, a city which is normally calm.

The soldiers were not listening to anyone. Some people begged to be allowed further into town to catch taxis home. But soldiers wielded sjamboks not caring whether or not they were MDC supporters. People screamed and ran. Soldiers did not care whether they were women or men. They were shouting: “Go home!” 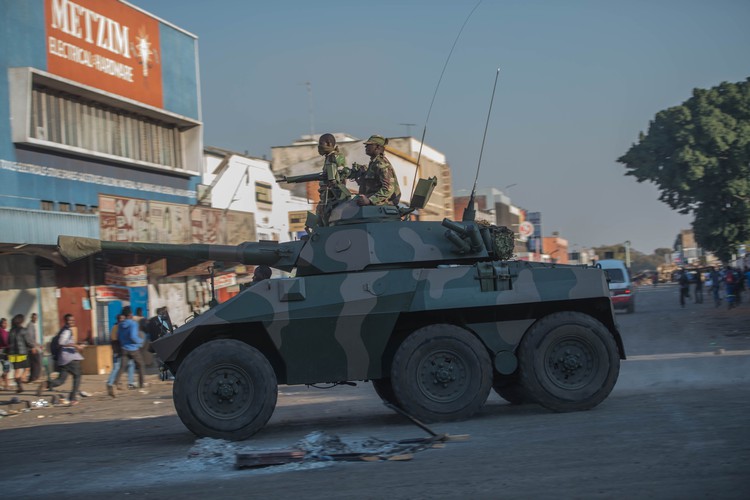 Those who resisted were beaten up. Besides firing their guns, the soldiers also shot teargas. The best thing for everyone was to run for dear life. As soldiers chased after people, l heard one of them shouting “You can vote for MDC all you want but there is nothing you can do.”

Some men, possibly MDC supporters, started chanting slogans, “Chinja, Chinja” which means “it’s time for change”. But the words were ignored by the soldiers who were driving everyone out of the city centre. Some people jumped into taxis, while others left on foot.

Street kids and blind beggars who normally hang about on street corners hurried away to avoid being caught by the soldiers. The soldiers chased people out of town towards Mbare township, not caring whether they lived there or not. Within minutes the usually busy streets of town were clear. Many cars which had come into town turned back. As l jumped onto a taxi, a big lorry full of soldiers followed to make sure we went past the bridge into Mbare. They blocked the road into town and fired gunshots into the air. Further into Mbare many people were standing in queues stranded for transport.

I was too scared to take photos of the soldiers. It was the most disturbing event I’ve ever witnessed. 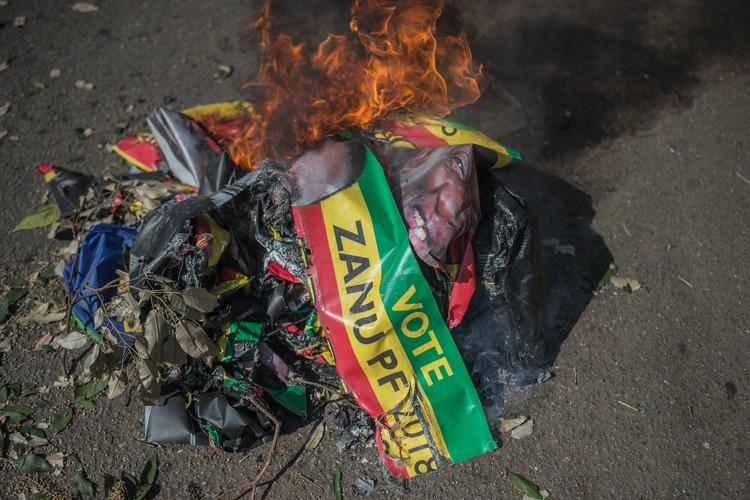 Next:  Social housing: what if we can’t pay the rent, ask Salt River families