Villagers march to Makhado to demand services and job opportunities

Mayor acknowledges that there are service challenges 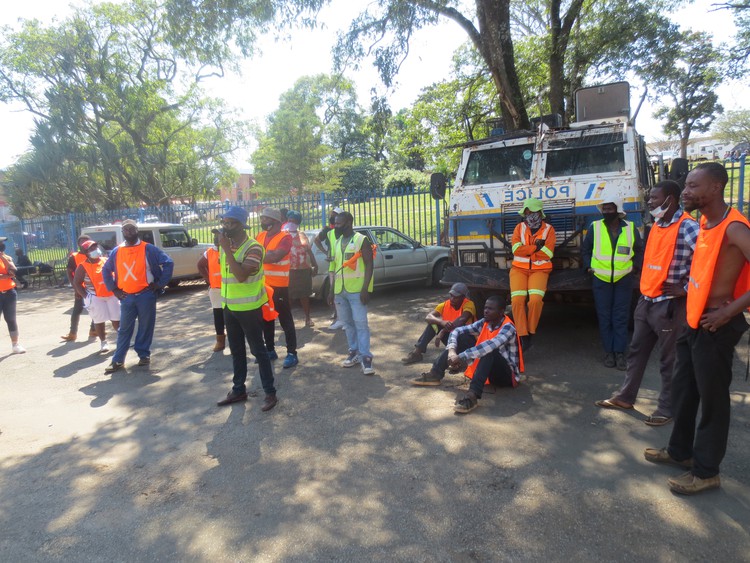 Villagers from the Sinthumule-Kutama area, outside Louis Trichardt, marched to the Makhado Local Municipality offices on Thursday to demand better services and job opportunities for their community.

Members of the Sinthumule-Kutama Crisis Committee marched to the Makhado Local Municipality offices in Louis Trichardt to demand better services and job opportunities for their community.

The group walked for about 17 kilometres and was escorted by police along the way.

In December we reported on a march by hundreds of villagers to the municipality to demand a regular supply of clean water, that sewage problems be fixed timeously, and they took issue with the poor conditions of roads across the town, including the D959 and D3715 roads.

On Thursday, their list of demands once again pleaded for the D959 and D3715 roads to be tarred. They also want the people from their community to be employed, claiming that job opportunities through the Expanded Public Works Programme (EPWP) are not fairly shared.

Tseisi Ungani, a member of the Crisis Committee, said they represent 19 villages. Attached to their demands was a list of about 100 signatories. According to Ungani, some of their members could not attend the march due to work commitments.

Makhado Mayor Samuel Munyai met the group outside the offices and accepted their memo. He commended them on the peaceful march. Munyai said the City was riddled with service delivery “challenges” mostly due to limited resources.

He said that Makhado Municipality has 38 wards with about 265 villages. He asked the group to be patient and promised to look into the demands and respond.

Previous:  Overflowing sewage and no refuse collection in Makhanda