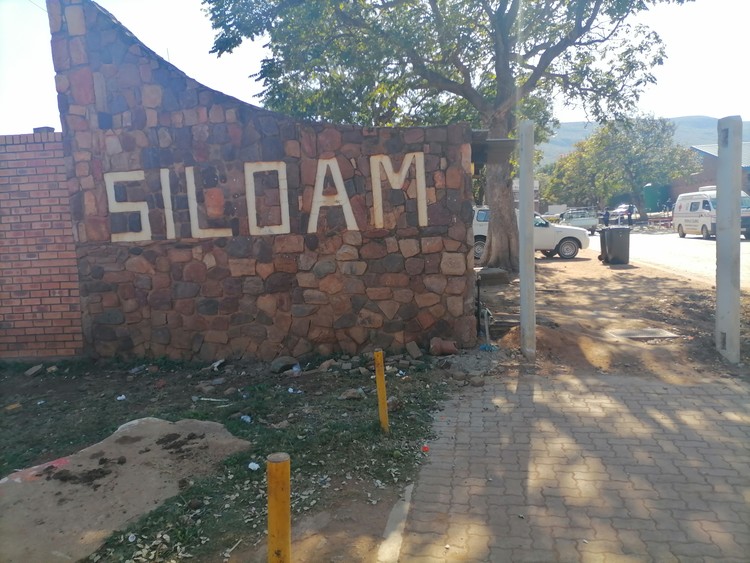 Siloam Hospital, outside Thohoyandou in Limpopo, currently serves 20 villages in the Vhembe district. A project is underway to build a new hospital by 2026. Photos: Bernard Chiguvare

Dilapidated wards with collapsing roofs, cracked walls and cramped spaces are among the complaints about Siloam Hospital outside Thohoyandou in Limpopo. The hospital serves about 20 villages in the Vhembe district.

When GroundUp visited Siloam we found a truck filled with dirty hospital linen. A hospital worker told us that the laundry was going to Tshilidzini hospital to be cleaned, more than 30 kilometres away.

“Since February this year the washing machines have not been working. Now the laundry goes to Tshilidzini hospital,” he said.

Former president Jacob Zuma launched a project of the national health department to build a new Siloam Hospital in 2014. Construction started in June 2022 and will be completed by July 2028 at a cost of R1.5-billion, according to the department.

When we visited the site of the new hospital, there was no signage or activity indicating that the site was under active construction.

The hospital is one of the oldest in the province. Members of the Vhembe Concerned Group — a community structure in the Nzhelele area — say the weathered and thinly-resourced hospital is not safe for staff or patients.

Samuel Nusunzo, chairperson of the community structure, said they protested with other community members outside the hospital last year, demanding to know why construction of the new hospital had not yet started.

We saw elderly people at the outpatients sections standing while they waited to be helped because there was no seating available.

Some staff at the hospital said that the wards were in desperate need of revamping. A nurse, who asked not to be named, said, “Some of the buildings are a danger to staff and patients. The hospital is too small for the number of patients. Though the department was slowly renovating some of the structures, I feel they should speed up to avoid a catastrophe.”

Foster Mohale, spokesperson for the National Department of Health, said Siloam was built decades ago and is no longer sufficient to cater for the local population. He did not comment on the laundry or the other problem areas we asked about at the hospital. 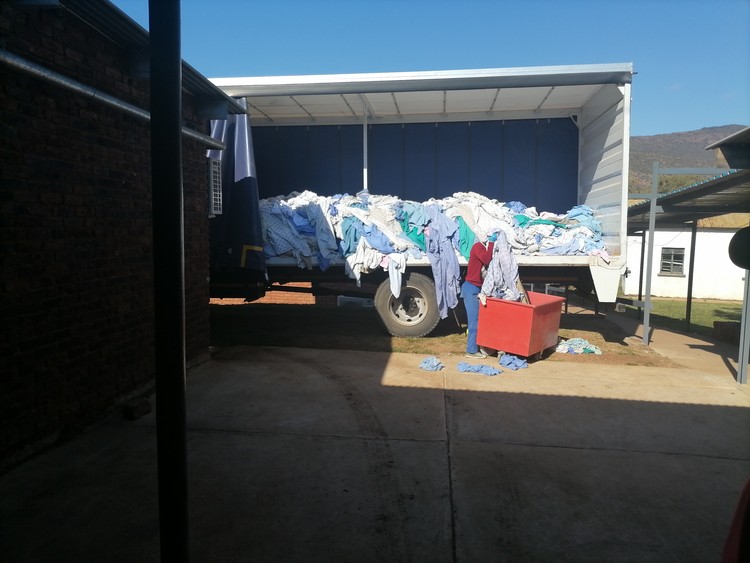 A hospital worker loads dirty laundry onto a truck. We were told that it was being transported to Tshilidzini hospital because Siloam’s washing machines are broken.

Next:  “We live in a war zone” says mother pleading for better policing in Gqeberha