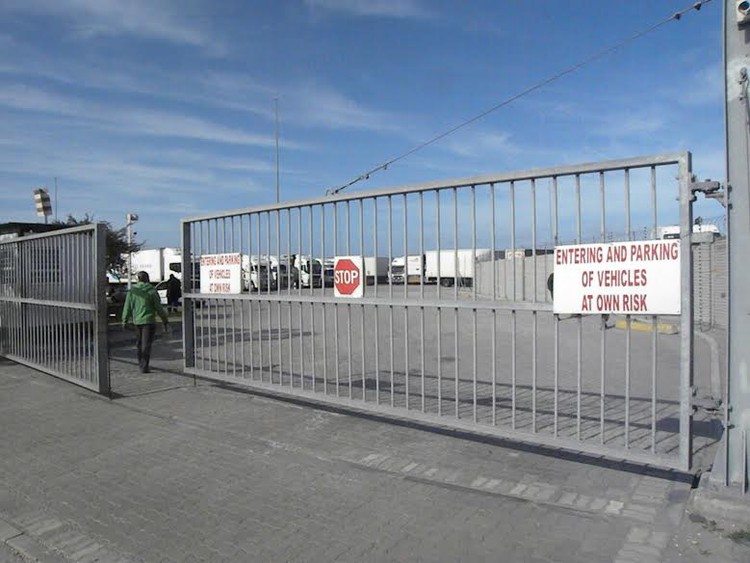 Truck drivers protested on Tuesday, complaining about employment of immigrants, as civic organisations warned of the risks of xenophobia.

The truck drivers say there are many South African drivers with Code 14 driver’s licences who are not working and this is fuelling tension between unemployed South Africans and immigrant drivers who earn a lower wage.

Ngcebo Ndlovu, the national spokesperson for the All Truck Drivers Foundation, told Groundup: “The government is to blame for this unemployment situation. If we were to claim jobs held by foreigners, all South Africans would be employed. It is worse in the trucking industry where most foreigners are employed as drivers for a pittance.”

A group of drivers, who said they were members of the foundation, met today at the Swartkops Truck Stop in Port Elizabeth where they briefly stopped trucks leaving the garage. Some of the drivers then went to the Engen Garage Truck Stop and did the same before police intervened and dispersed them.

However, after the intervention of the police many drivers were still parked, fearing that they might be attacked if they travelled on.

An immigrant driver who lives in Cape Town and works for a grain transporting haulage said he would only leave the garage after the strike was over. “The transport industry in South Africa is one of the most dangerous sectors where people can be easily murdered. My manager phoned me and ordered me to park until it is safe. I cannot risk my life because of this job.”

A South African national who only identified himself as Mandla said he had been unemployed for nearly three years. “I spent a lot of money doing my Code 14 driver’s licence but I was only employed for five months before a foreign national took over my job. I am angry because I have been driving a jikeleza (township taxi) since that time, a job done by people who do not have driver’s licences. I support the action being taken by South African drivers,” said Mandla.

Meanwhile civic organisations that fight for the rights of refugees, asylum seekers and immigrants condemned the action, saying it fuels xenophobia in communities.

In a statement on 3 July, when the call for the truck drivers’ strike was made, the C19 People’s Coalition said the government should quickly intervene. ”It is not the first time such calls have reached the public. The consequences, coupled with a lack of decisive State action, have always been catastrophic. We are gravely concerned about the safety of South Africa’s migrants, refugees, asylum seekers and undocumented people.”

The Coalition said President Cyril Ramaphosa, as President of South Africa and chairman of the African Union, and the government as a whole, had a responsibility “to protect all who live here, without prejudice to national origin”.

The Coalition urged national, provincial and local governments to speak out against any incitement to violence and appealed to the government to investigate and arrest perpetrators of violence and xenophobia.

“We are totally against the use of violence to force foreigners into mass deportation to their countries … especially this time when we are fighting the scourge of Covid-19. This is the time to hold our hands together in fighting this virus that is killing humanity regardless of your country of origin,” said ZiMSN chairperson Chris Mapingure.

Police spokesperson Captain Andre Beetge said, ”There were no scenes of violence because we were quick in preventing that. No arrests were effected and there was no truck burned.”