“The 24 demands in our memorandum signify 24 years of democracy”

In cities across the country on Wednesday, women and gender non-conforming people marched against gender-based violence to mark the start of Women’s Month. The march was named #TheTotalShutDown. The protesters had called for people to stay away from work and not buy anything.

Pretoria: 24 demands for 24 years of democracy 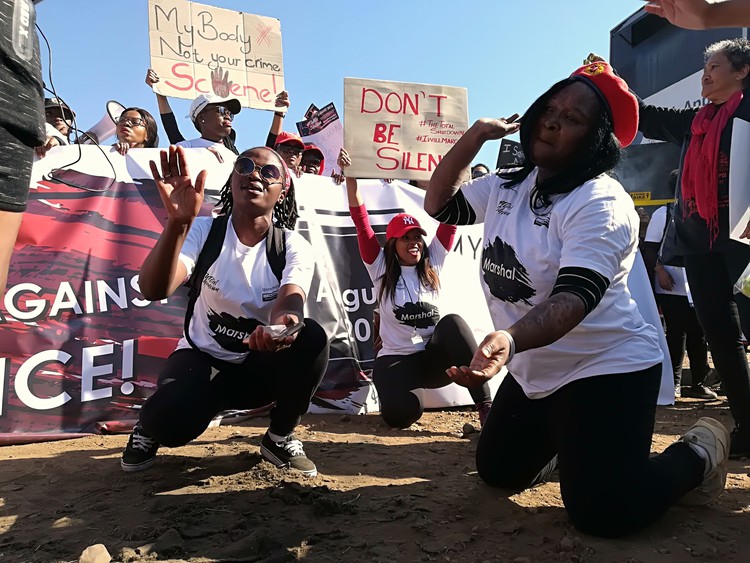 Protesters sing a struggle song during the march through Pretoria. Photo: Zoë Postman

“The 24 demands in our memorandum signify 24 years of democracy in which women and gender non-conforming people have been ignored,” said Gaopalelwe Phalaetsile from the #TotalShutDown National Committee at the event in Pretoria.

Thousands of women marched from the old PUTCO depot to the Union Buildings.

Phalaetsile said the march was intended to force government to address gender-based violence in the country.

“We are tired of just hearing the statement ‘enough is enough’ but with no action behind it. We have a plan of action and we can see that the government is struggling so it’s time we collaborate to stop femicide,” she said.

Mantis Mamabolo, a participant in the march, said she joined because she had been a victim of gender-based-violence at the age of five.

“It is important for me to be here and represent the LGBTQI+ community because these issues affect us too … Corrective rape happens more regularly than we think,” she said.

Minister of Higher Education Naledi Pandor came to receive the memorandum at the Union Buildings. The crowd however demanded to see President Cyril Ramaphosa, but by the time of publication he had not come and most protesters had left.

Cape Town: “We are are taking strength from the women of 1956” 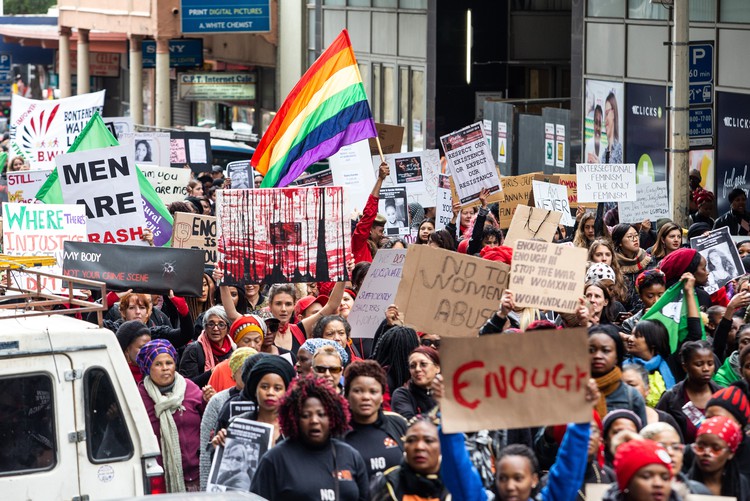 About one thousand women, children and a few men marched from Keizergracht Street to Parliament where six of the 24 demands were read before being handed to National Assembly Sergeant-at-Arms, Regina Mohlomi. Part of the crowd became annoyed that the Speaker of Parliament, Baleka Mbete, did not come to receive the memorandum. She was apparently at an investment meeting.

A protester expressed her “disappointment and hurt” to Mohlomi. But she expressed the hope that if the “meeting she has attended is going to bring money that will be used to contribute to the women’s programmes to stop violence, no problem”.

Nomvume Ralarala, deputy president of the South African Federation of Trade Unions, said, “We take strength from the women of 1956 who gathered together at the Union Buildings, from all over the country to do away with pass laws, regardless of political affiliation.”

Durban: “Women and children need to know that their voices matter” 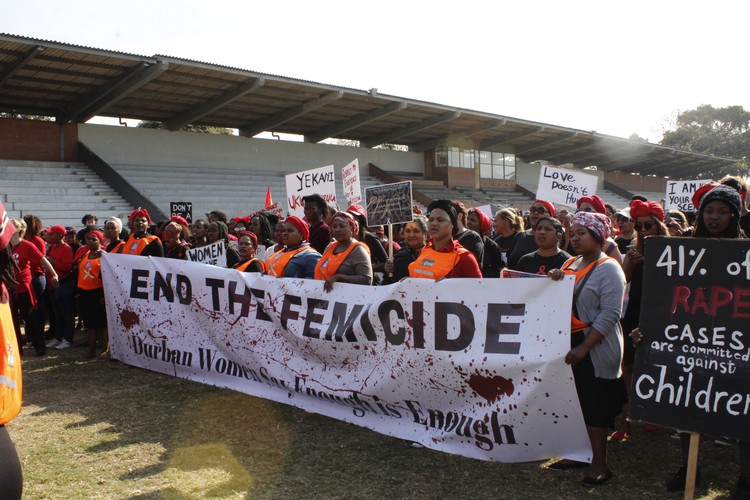 About 1,000 women gathered at Curries Fountain and marched to City Hall in Durban.

This was one of several marches in KwaZulu-Natal condemning abuse against children, women and LGBTI people.

The protest began with a moment of silence, paying respect to victims of abuse.

Thandeka Msibi, a student from the University of KwaZulu-Natal, said, “We’re here to take back our power and dignity. We demand our cries be heard. We’re united as women against the cruelties done to us by men. We’re in red and black symbolising strength and power.”

Nozipho Ziqubu said she joined the march to help herself heal, after surviving abuse in 201. “It’s beautiful. We’re beautiful, and today is a beautiful day. We’re marching in peace, happy on the outside, but we’re honestly angry, bruised and tired of tolerating abuse from men who are supposed to protect us. Women and children need to know that their voices matter. They need to know they are strong.” 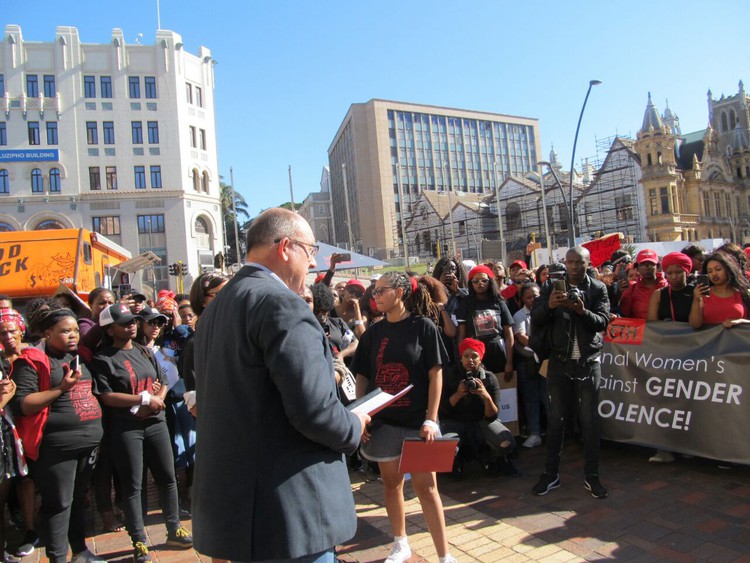 About 200 women wearing black clothes marched in Port Elizabeth in solidarity with women who have been raped or murdered. The group first gathered at the New Law Courts in Govan Mbeki Avenue and proceeded to the City Hall where they handed a petition to Mayor Athol Trollip.

The protesters sang sorrowful songs and held placards saying “I don’t want to die with my legs open” and “I am Karabo, I am Reeva, I am Ntombozuko. I will march for all the women and all the others who aren’t mentioned.”

Beaula Adams said she had been raped when she was only 13. She told the crowd that she had decided to reveal this as a way of healing and also to encourage other women to tell of their past ordeals.

She said, ”I decided to stand up for myself … Women are being raped and abused and yet they decide to keep quiet. I am not keeping quiet … We say to the government enough is enough.”

An elderly woman told the gathering, “We are sick and tired of trusted and highly respected people like churchmen and educators who visit us and we trust [them] but [they] end up raping women. We need to fight and stand up for one another. Women should speak with one voice in order to combat this brutality.”

Mayor Trollip said, “I want every man to be a proud man. We have to say as men: ‘Not in our name.’ The statistics on women murders are staggering and shocking.”

Next:  Muti traders protest after fire