The “Angels” who open their homes to children in need

These volunteers offer after-school care to hundreds of children 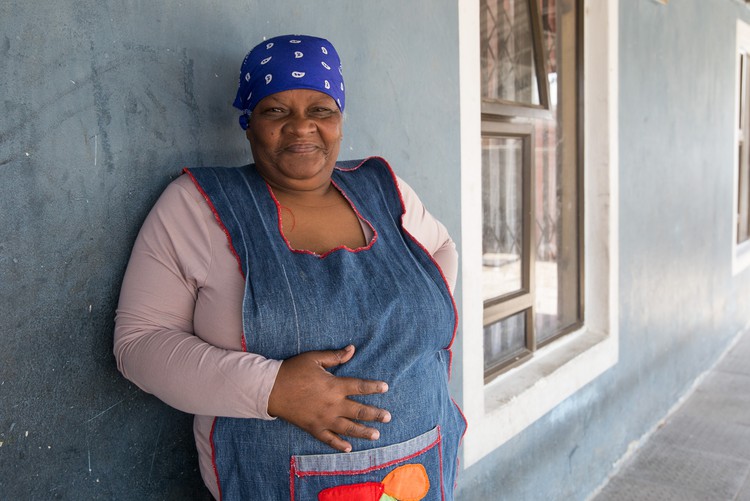 Thobeka Mapupu from Gugulethu is part of the Afternoon Angels programme. Three times a week, she opens her home to 60 children who come for after-school care. Photo: Ashraf Hendricks

Four years ago, Thobeka Mapupu, of Gugulethu, saw children lying under a bridge. Jobless, she decided to volunteer to do social work. Today she looks after 60 other children after school, as an unpaid volunteer with the “Afternoon Angels” programme.

The “Afternoon Angels” are 56 women who open their 29 homes to children in Gugulethu, Nyanga, Khayelitsha and Delft. Here children can play after school. do their homework, receive food and support until their parents come home.

“We found a lot of children roaming around the streets,” says Phumla Ndaba, head of the programme, which is supported by Ikamva Labantu. She says some parents do not work or are drug or alcohol users; some children come from child-headed homes; others are the children of teenage parents who are unable to look after them properly. ”Some children are just neglected … There’s no food at home.”

In the database, there are 1,800 children using the Afternoon Angels services. But, says Ndaba, that is “a drop in the ocean”. Some of the women take as many as 80 children into their homes. “And now during this time of lockdown, the children have doubled.”

Mapupu, now 62, and the two other women she works with are foster mothers to 21 children. The foster care grant, she says, is not enough. “The children are growing up.” Her only other income is her own social grant.

Vivienne Joba, also in the programme, has six foster children, and seven other children have been placed with her under emergency care, pending a decision about their future. While the aftercare programme is suspended, she is feeding about 100 people daily and she always runs out of food.

“It breaks my heart,” she says.

She has been taking care of children after school for almost four years, even before the Afternoon Angels programme started. About 50 children come to her house in New Crossroads after school to relax, play games or do school work. They also get a meal. She says it’s tiring, “but for their safety, we can do it”.

Although the programme is designed to run three days a week, some children come daily. “I cannot chase them away,” says Joba.

Some of the children are “dumped” at the aftercare with smaller brothers or sisters, she says. She remembers an eight-year-old girl who refused to eat the meals she was given. It turned out she had two younger siblings at home and wanted to keep the food for them. Joba told her to fetch the other children. The children’s carers had disappeared after receiving their grant money. Joba reported the case to the police and social workers.

Apart from the foster care grants, she gets some money from a home she rents out, but it isn’t enough. “ If it wasn’t for [non-profit organisation] Ikamva Labantu, I don’t know what I would do.”

“By bringing them into the organisation we could link them up with funding,” says Barbara Stemmert, Head of Programmes at Ikamva Labantu. And in late 2017, that’s what they did.

Ikamva Labantu also has two social workers, and two social auxiliary workers who work closely with the Department of Social Development. “If a child is suspected of abuse or neglect then, our social workers will follow up,” says Stemmert.

“When there are so many children, there is no break,” says Mapupu. But she plans to do this for the rest of her life. “We need more support,” she says, including stoves, and pots. Everyday, with the feeding scheme, she too runs out of food. 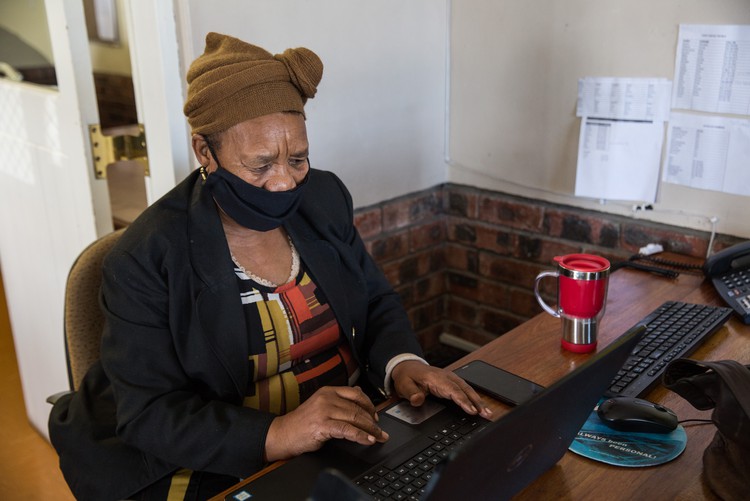 Phumla Ndaba, who runs the Afternoon Angels programme, says community members took it upon themselves to make a safe house for children after school. Photo: Ashraf Hendricks

Some of the children don’t have shoes, says Ndaba. “They don’t even have jerseys. It’s cold. And they can’t stay at home, so they walk around, not knowing what to do.”

The women are all volunteers, she emphasises. “We just support them. They’re not employed. They’re doing it out of their hearts” .

“There’s not a day that they don’t see a child in the street. Waiting for food. And they must give food - even if they have to take it from their cupboards.”

“You can’t turn away a hungry child.”

Next:  “There are no jobs - this is how we support our families” says Kleinmond poacher