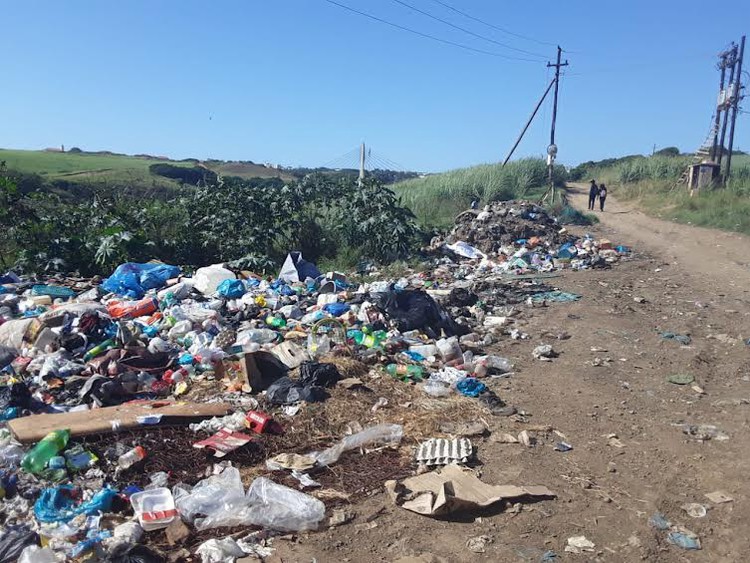 Three illegal dumps in Blackburn Village informal settlement north of Durban were finally cleared at the weekend after GroundUp sent questions to the municipality about cleansing services.

Residents complained about the three dumps in one of the settlement’s streets and about garbage piling up week after week.

“People are too lazy to remove their own garbage and end up dumping their filth here,” said Nkosingiphile Madubu.

“This whole place smells like garbage. I think the main cause is that we don’t get plastic bags like we used to, so now people just dump anywhere.”

Lindiwe Khuzwayo, eThekwini spokesperson, responded on 28 January that each area had its own Area Manager “who regularly checks”. She said she was not aware that residents were not getting plastic bags.

Meanwhile, residents said Durban Solid Waste employees had gone to clean the dumps in the morning of 28 January and by 29 January the rubbish had all been removed.