Biodigestion is a cheap, low-tech way for communities to produce some of their power 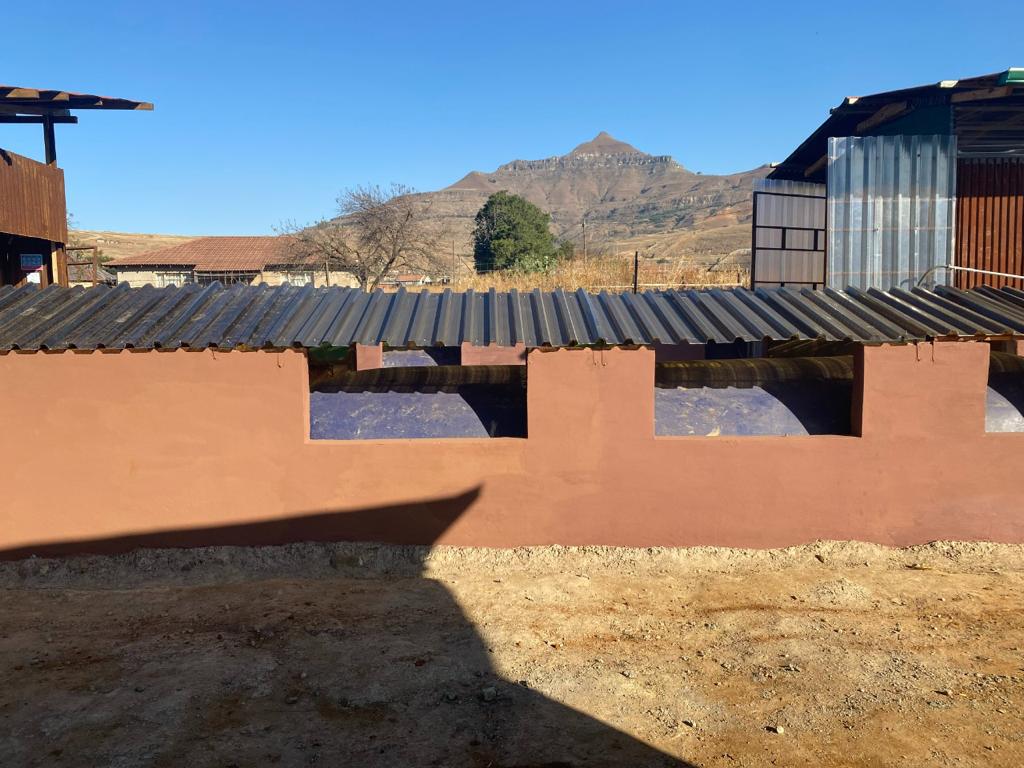 Of the multitude of crises facing South Africa at the moment, the energy crisis probably receives the most coverage; “loadshedding” is a swear word among South Africans. Other problems, however, are more likely to be top of mind for those directly affected by them.

Millions of South Africans still lack access to basic safe sanitation and, to make matters worse, it is reported that roughly half of the country’s sewerage works fail to treat sewage properly while some 40% are in critical condition. On the opposite end of the digestive tract, South Africans also face soaring food prices, driven in part by record fertiliser prices as the Ukraine conflict affects global supply.

If only there were some way to turn sewage into energy and fertiliser, we could tackle all three crises in one fell swoop. Fortunately, there is. Anaerobic digestion is a process that uses micro-organisms to break down biomass to produce biogas, a mixture of methane and CO2, as a source of energy. The solid matter and dissolved minerals that are left over, referred to as digestate, are a valuable fertiliser rich in phosphate, potassium and trace minerals, while the urea content of urine supplies nitrates.

Biodigestion is a well understood technology, and has been implemented all over the world at various scales. China is considered the world leader in biodigestion, producing some 15 billion m3 of biogas per year, equivalent to around 200GWh per day, which is around 40% of South Africa’s daily electricity use. The majority of this is produced in small-scale digesters, mainly household- or community-scale units.

It is estimated that there are almost 50 million biodigesters operating throughout China, and no wonder; China has employed various different subsidy schemes to encourage their adoption since the 1970s and everything needed to set up a biodigester can be easily bought through Alibaba, on a reasonable budget.

This widespread personal adoption illustrates the simplicity and robustness of the technology. A small biodigester does not require heavy or expensive equipment to build, nor advanced technical skills to operate. The micro-organisms that do the digestion can be supplied by simply adding some cow-dung at startup. The low-tech, low-cost nature of biodigesters make them an excellent fit for under-resourced communities in South Africa.

They are also a good match for South Africa’s energy requirements. At present, we do not lack total capacity; what we lack is peak capacity to meet surges in demand in the morning and evening, when large amounts of power are used for cooking, water-heating and household heating. These applications can all be met directly by using biogas, mitigating those surges in demand without the infrastructure requirements (and inefficiencies) of electricity generation and distribution. Biogas is produced from materials which currently break down into CO2 anyway, resulting in net zero emissions of CO2 emissions when biogas is used for energy.

Biodigesters have been trialled at dozens of schools throughout South Africa, and that is an excellent use-case. In most implementations, the digestate is used on-site as fertiliser for vegetable gardens and so the projects supply sanitation as well as food and even the gas supply for cooking that food. South Africa also has an established biodigester on a much larger scale: the Bronkhorstspruit Biogas Plant has been operational since 2015, using livestock waste to provide some 4MW to BMW South Africa’s Rosslyn plant while producing around 20,000 tons of fertiliser per year.

Biodigesters are a cheap, low-tech route to community self-sufficiency, provided their initial costs are covered and the necessary training to operate them is provided. China has taken the route of offering grants and subsidies since the 1970s, so that’s a proven formula that one would hope South Africa’s national government would replicate. However, biodigestion is a model for decentralisation of services and devolution of powers and revenue, and therefore politically unpopular as it takes power out of the hands of government.

Different funding approaches will be needed if South Africa is to use biogas as an instrument for providing energy, sanitation and food while reducing CO2 emissions. Fortunately, good ideas don’t always need government money. Biodigestion results in multiple sources of revenue, making it a good destination for private sector investment. Biodigesters can be supplemented with household vegetable waste and even garden waste, alleviating other demands for rubbish disposal while also making sorting plastic waste easier. This suggests that rebates on municipal levies for waste disposal and sanitation would be feasible as a funding mechanism, requiring just the buy-in of local municipalities and/or metros rather than national or provincial government.

South Africa also happens to have multitudes of reasonably well-funded small-to-medium communities with high population density, perfectly suited for biodigesters and the associated infrastructure. The trouble is, they just don’t think of themselves as communities.

There is a tendency to assume that proposals for community-scale technologies are intended for rural schools and townships, but they are all at least equally applicable to sectional-title housing developments. In many instances they are far more applicable there, because those developments can afford to make additional capital investments that will pay back returns after several years, and it is also far easier for them to allocate full-time employees to tasks that don’t easily draw volunteers.

A middle-class housing complex is a largely novel but seemingly ideal context for seamless biogas integration. Vertically-stacked apartments can easily share water-heating infrastructure and combined sewage feeds to a biodigester. Household sorting of kitchen waste is not a challenging task, so simply having a shared separate bin for residents to dispose of digestible kitchen waste is not onerous on that scale. Most complexes and housing estates are also regularly attended to by garden services that could collect plant waste for digestion with no trouble at all. In most cases, a biodigester would actually save on disposal costs.

Under-resourced areas may be where biodigesters are needed most, but rolling them out to the middle-class first, to develop the business model, may prove to be the most viable strategy. Ideally, revenue from those projects could even be used to subsidise rollout elsewhere.

Neil Thomas Stacey lectures on waste-water management at Wits University. Celestin Sempuga is head of the Process Synthesis Research Group at UNISA’s Florida Campus, and has been installing biodigesters at rural schools. Both authors indicated they have no conflicts of interest.

Next:  Basic Income Grant: What is the debate about?