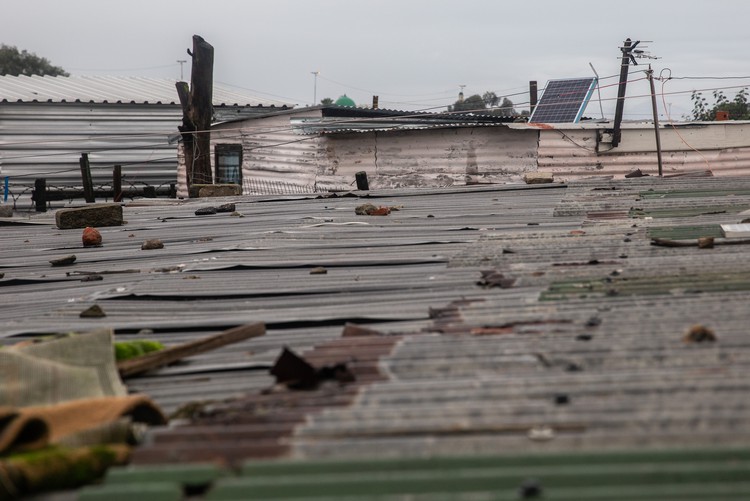 Some residents in Siqalo have purchased their own solar panels, but very few can afford it. Photos: Ashraf Hendricks

Residents of Siqalo informal settlement have asked the City of Cape Town to provide them with solar-powered electricity while they wait for housing.

Established in November 2011 near Philippi on privately-owned land, Siqalo now has about 10,000 residents. Mostly they are evicted former backyarders from Philippi, Khayelitsha and Gugulethu, according to court papers filed by the Socio-Economic Rights Institute of South Africa (SERI) and the Legal Resource Centre (LRC) on behalf of the occupiers when the Siqalo land owners went to court to evict them.

The land belongs to Robert Ross Demolishers and Lyton Props. In 2013, the Western Cape High Court ruled that the occupiers could remain on the land pending a further order.

The City currently provides water, sanitation, and waste collection services on the periphery of the land. Mayco Member for Energy Phindile Maxiti said the City cannot install services because “legislation prohibits the use of public money to improve privately-owned property”.

“People’s shacks have burnt down from lighting candles or using paraffin because they have no electricity, but the City does nothing. They’re just hiding behind the excuse of privately owned land,” says Chairperson of the Siqalo council Thelma Tshabile. 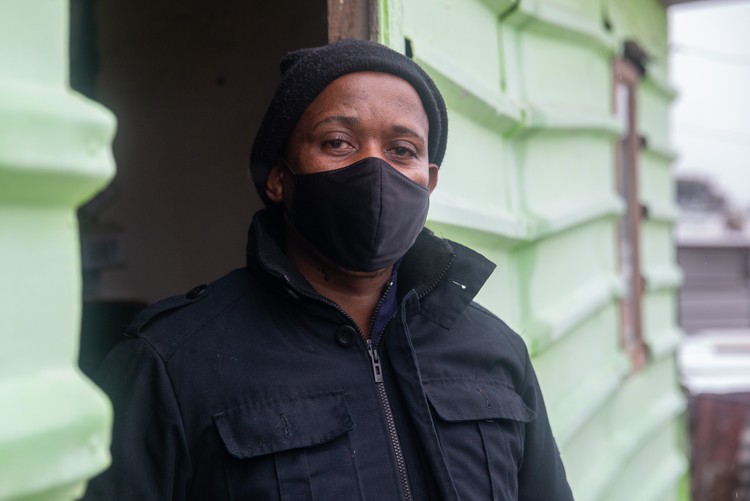 Solar power could be the answer, say some Siqalo residents. In 2016, they approached the iShack Project, which was set up to develop and demonstrate a model for a ‘free-basic’ off-grid solar electricity service for indigent households that do not yet have formal grid access.

But without a subsidy from the City, iShack was unable to provide the same ‘free basic’ service as in Stellenbosch.

“We conducted some workshops with the residents and eventually established a very effective scheme that allows those households who can afford it to buy their own solar home system over a two to three-year period. Our main purpose in doing this was to give the wider community the opportunity to see the technology being used in their own neighbourhood,” said Conway.

After running the scheme for a year, Conway said they supported the Siqalo community to petition the City for a subsidy or grant to help all households access the off-grid service. The petition received more than 1,800 signatures and was sent to Mayor Dan Plato, but they have received no response, he said.

Kakaza said a City delegation “saw the solar panels in my house”. “They were happy, then they said they would come back to us with more information. But since that time they’ve been quiet. We’ve heard nothing from them,” said Kakaza

The solar panels cost R6,000, which residents pay off in monthly instalments of R250 over a period of two to three years. Currently around 150 households are part of the project. Most residents can’t afford it.

“It’s been many years that we’ve been asking for electricity and buying land. It’s just been all talk and no action,” said Kakaza.

“We want the City to collaborate with an organisation to provide each household with solar energy and for it to be installed while we are waiting for electricity.”

Maxiti said “the City is engaging with Siqalo residents and is looking at all available, possible solutions”. However, he said, municipal infrastructure had been vandalised “by people in the community of Siqalo”.

“New high mast lights installed just outside the settlement to light up the same community at night and costing about R600,000 were vandalised beyond repair within just two days of being commissioned. This is a trend. And it continues,” he said.

Maxiti said the municipality would do its best to assist residents but needed the help and cooperation of the community. 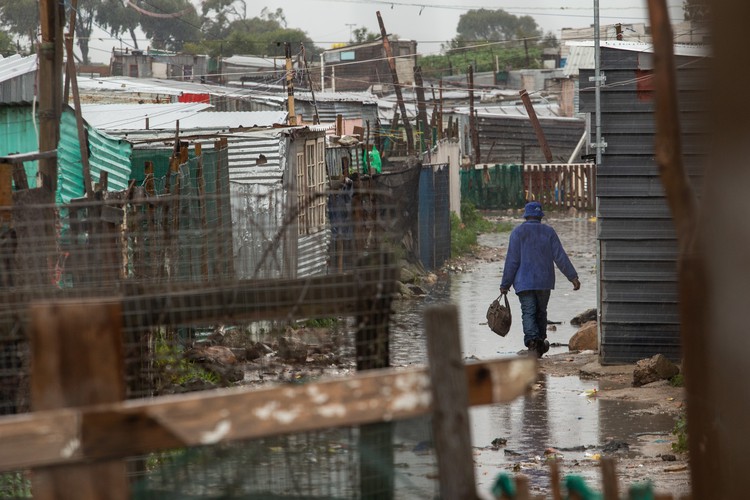 Next:  Elections 2021: Xolobeni voters may kick ANC out