Shack with a swimming pool and Table Mountain view 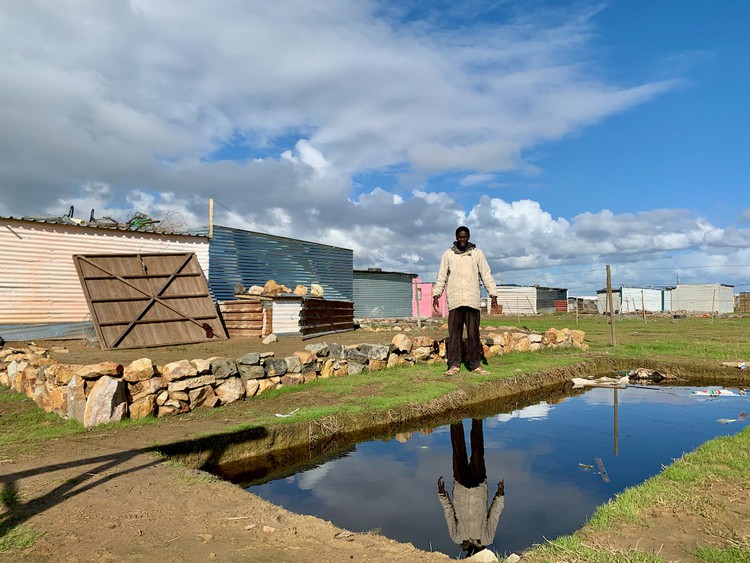 With magnificent views of Table Mountain, modern new homes go up daily in the burgeoning affluent suburb of Parklands, north of Tableview in Cape Town. Right next door, over the Diep River, is Zwelitsha, an informal settlement with equally good vistas, but where hundreds of families share one bucket toilet and have no piped water during this global coronavirus pandemic.

Located behind Doornbach informal settlement, Zwelitsha, which means ‘a new world’, is on private land occupied since April 2019, despite attempts by City of Cape Town law enforcement agencies and the Red Ants to evict the occupiers.

Most purchased plots from community leaders who co-ordinated the occupation, but who were later disowned.

One of the new leaders, Viziyalo Madola, was one of those who bought his large plot. His shack boasts a lounge, a kitchenette, and a master bedroom. He also has a kennel for his pitbull puppy, “JJ”. The father of four has now dug his family a swimming pool with views of Table Mountain. The pool is filled with rain and water from the wetland on which the settlement is located.

Before putting up his shack, he elevated the foundation with quarry stones to prevent rain water flooding his home.

“I want to live a lifestyle which my government should have provided. I am 42 years old now. I can’t wait for the government to get a swimming pool … I am getting there slowly. You see how big my ground is? I have dreams,” he told GroundUp.

However, according to Madolo the 300 families in his section share just one bucket toilet. Water is supplied by City tankers which park on Malibongwe Drive.

Community leader Dolly Vinqishe said, “We need to be treated as South African citizens.” She said because of the occupiers’ living environment “we just live like the virus is not there but we know it is there”.

Most people in Zwelitsha do not wear masks or practise physical distancing. They can’t afford sanitisers.

“City Health engaged with residents in the informal settlement to provide piping to make their own ‘tippy taps’, as well as provided lids that can be put on recycled two-litre bottles to make portable hand wash solutions such as the tippy tap that can be used in the home.

“Before the pandemic the residents had access to water via connections that they had run themselves from Doornbach. Since the start of the pandemic, additional water supplies were provided by means of tankers,” he said.

Mayco Member for Human Settlements Malusi Booi said, “The City is providing some enhanced Covid-19 water and sanitation in some areas of Dunoon. It must be noted, we have limitations, and more and more illegal settlements forming expose residents to health, safety, fire and flooding risks. We cannot cater for all the new settlements at the expense of planned projects, service delivery and Covid-19 efforts.” 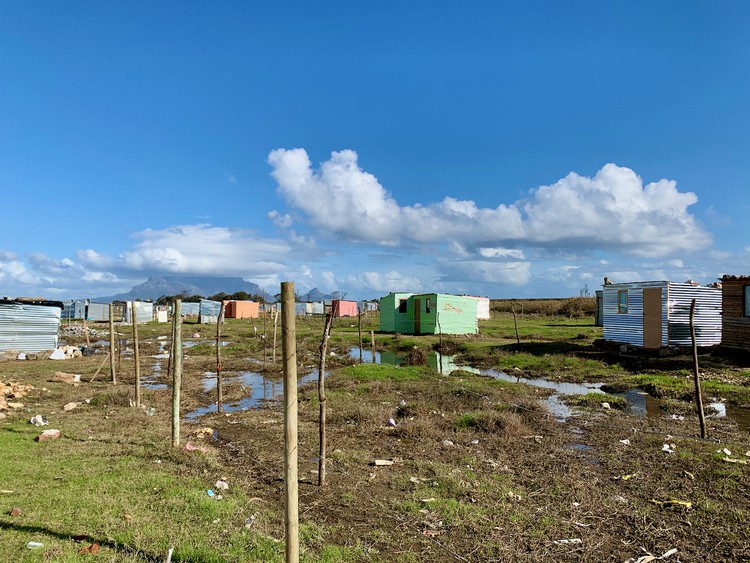