Abahlali BaseMjondolo members have faced killings, physical attacks and demolitions of their houses 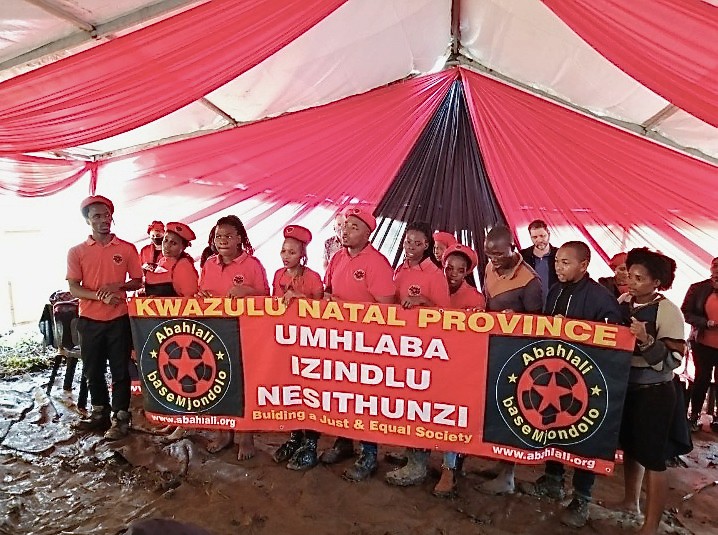 The Abahlali BaseMjondolo (ABM) movement has come a long way and it has the scars to prove it, ABM president S’bu Zikode told about 300 members gathered at Khenana informal settlement in Cator Manor on Sunday.

The social movement was celebrating 15 years since its establishment in 2005. The celebration was attended by members across South Africa, including Gauteng, Mpumalanga and the Eastern Cape. It has grown from 14 branches to over 80 and has 80,000 members, said Zikhode.

“We continue to reiterate that land, wealth and power must be shared … We will continue to fight for the greatest gift for the world which is to humanise it,” said Zikode.

Before the celebrations on Sunday, Abahlali held a series of seminars under the theme Sifike kanjani la? (How have we come here?) to take stock of the past decade and a half. The outcome of this was a decision to add improving the livelihood and living conditions of people in informal settlements to its mandate.

“Our focus as Abahlali has always been land, dignity and decent housing but we understand that government cannot build houses for everybody, which is why we are saying let us use the land that we are occupying to survive,” said Zikode.

The occasion also saw the relaunch of the Khenana branch and the election of its leaders.

“The Khenana branch is a land occupation that has survived repeated state attacks, and despite these attacks has been able to develop an impressive urban farm and a democratically run collective to run it,” said Zikode.

Lindokuhle Mnguni, re-elected as chairperson of the branch, said, “This year has been the hardest for the people of Khenana. We had seven attempted evictions and demolitions in this settlement which we managed to stop. Out of the seven, the City managed to demolish our homes three times, leaving people injured and their properties destroyed.”

Nomusa Sizani, ABM general secretary, said, “Our weapon as the poor is unity and we encourage education and people to use their talents to improve their lives.”

ABM, which grew out of a road blockade organised by the Kennedy Road shack settlement, is today the largest shack dwellers’ organisation in South Africa, with its strongest base still in Durban.

Members have faced the demolition of their homes, arrests, assaults and some have been murdered. According to Zikode about 18 ABM members have lost their lives in the struggle to assert their rights.

Millions of South African live in informal settlements, estimated to be about 1 in 7 households, in 2016.