Accusations of police and criminal harassment, but police give a different story 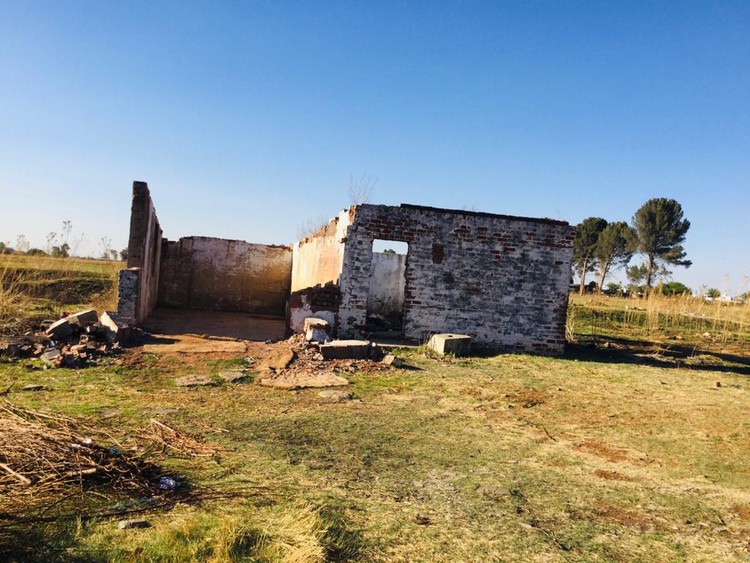 Unable to afford hotel or brothel rooms, Vosloorus sex workers operate from roofless abandoned buildings such as this one, where they are often targeted by thieves. Photo: Kimberly Mutandiro.

Sex workers who wait for clients along Boundary Road between Vosloorus and Dawn Park, south of Boksburg, from morning until evening, and operate from dilapidated houses, accuse police of corruption and harassment.

Most of the sex workers said they have struggled to work since the Covid-19 lockdown began in March. They were looking forward to the move to level one. The ones we spoke to say business has begun to pick up in the past two weeks, but they spend much of their time either running from the police or held in police cells. They also fall victim to thieves.

The sex workers on Boundary Road do not make enough money to afford to operate from brothels and hotels. They use roofless, doorless, abandoned buildings or pay R10 for rooms in houses kept by unemployed young men, who also provide protection. Neither venues have sanitation facilities.

“It’s not easy to part with R10 out of every R50 we get from each client, but it’s better because the brothers who keep the rooms protect us. It’s even rare for police to come there,” said Keke*, a sex worker.

“I am now wearing cheap wigs when coming here. In the past two weeks thieves just came from nowhere on two occasions, pulled two of my best Brazilian wigs worth R3,000 each and ran. I also lost two handbags and cellphones,” she said.

“It’s hard enough standing out here to get clients, but we have to watch our backs because police might show up anytime. There is nowhere to hide. They chase us into the woods and if we get caught, they take us to the police station only to release us in the middle of the night around midnight,” she said.

She said she immediately goes back to work. She supports three children.

Another sex worker, China*, said police interference has made it difficult for her to support her two children. She operates from one of the abandoned buildings because she can’t afford to part with even R10 for a room. She stayed at home for much of the lockdown. Her expectations of working more during level one lockdown have so far been shattered by the police, she says.

“We are not pick pocketing anyone, but police are always on our case. Schools recently opened and my kids need money for transport and skaftin [lunch box].”

China said police arrested her and released her at 3am into the hands of thieves. They stole her shoes and wallet.

But Gauteng SAPS spokesperson, Bregadier Mathapelo Peters, said, “There is no operation ever conducted by the police targeting sex workers.”

“Where alleged sex workers have been arrested by the police, it has been in response to complaints by occupants and owners of the plots accusing the suspects of public indecency and for being illegally on their private dwellings/property. Upon arrest, the alleged sex workers are never detained but are processed and released with a SAP-496 warning to appear before court,” Peters said.

Peters also said that an investigation had uncovered that sex workers are involved in hijackings. “Victims had allegedly been lured by sex workers,” he said. “Police have at no stage received complaints relating to alleged harassment of sex workers by SAPS members.”

Another Boundary Road sex worker, Zama*, said, “We are tired of running from police. If they understood that our lives depend on this job, they would leave us alone. The funny thing is that when they detain us at the police station, they don’t even give us food.”

“They incriminate our work, but some officers demand sex in exchange for releasing us from the cells,” she said.

Kolisiwe Mpehle makes his living from letting out two rooms in an abandoned house for R10. During lockdown, he would sneak the sex workers and their clients in despite police warning him to close.

“We survive by letting out rooms to the women. We make sure that the women are protected, and we are never short of money to buy food. Those who go into the abandoned houses in the woods often get abused or robbed by thieves,” said Mpehle.

Mpehle says he also lets the rooms out on credit and allows the women to pay at the month end.

*Surnames withheld to protect their identity.