“We demolished his house because the justice system has failed us” 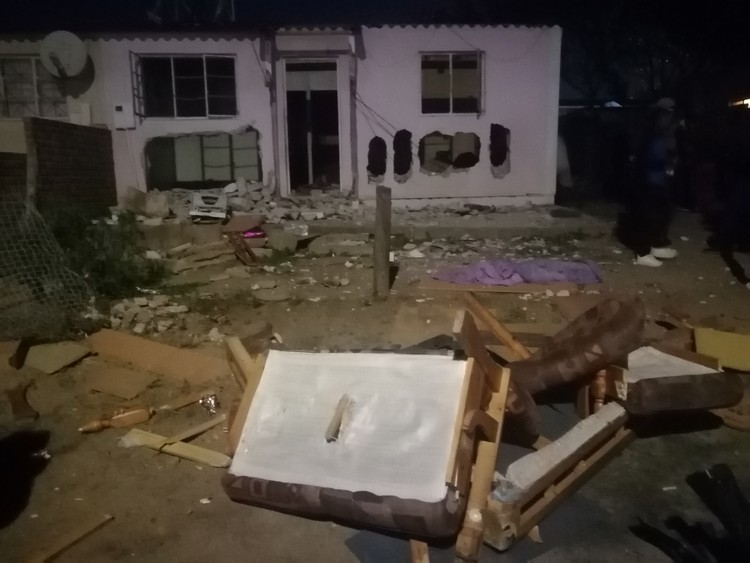 Last month, the parents of young children, accompanied by members of the South African Communist Party (SACP), protested outside the man’s house after he was released without being charged. Authorities told GroundUp that the man was arrested on 15 June, but was released due to insufficient evidence.

The man is accused of touching the children inappropriately and showing them pictures of naked women from his phone.

The National Prosecuting Authority (NPA) has ordered police to do the further investigations.

On Wednesday, a mob of community members again went to the accused’s home. When they couldn’t find him, they used sledge hammers, picks, axes, hockey sticks and stones to break down part of the walls, roofs and windows. Some of his furniture was also removed and was seen in the middle of the street.

Felicity Langford, the SACP ward secretary, said: “We have been hunting this man ever since he was released. Today we heard that he slept in Salt Lake. Then we went there and looked for him but we couldn’t find him. We demolished his house because the justice system has failed us.”

A parent of two of the children said: “This is nothing compared to what he has done to our children. Twice a week I have to send my children for counselling because they have nightmares and are traumatized. Demolishing the house would help our children heal and forget about this evil house. I will only be at peace to see him dead because the justice system has failed us.”

Anelisa Ngcakani regional NPA spokesperson said: “We understand that the community wants the alleged suspect to be arrested immediately. However, we have to first follow legal procedures and processes.”

Ngcakani said further details on the case would be released to the public once the police’s investigation is complete.

Next:  “We lived better on the farms” says evictee