“We lived better on the farms” says evictee 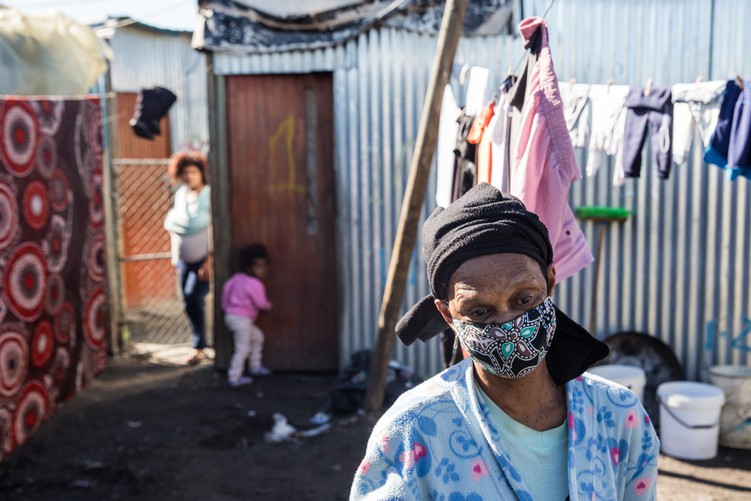 Dorothy Fransman, a Soetendal farm evictee, says the informal settlement they were moved to five years ago stinks and flies often comes into her home because she lives close to the New Rest toilets and rubbish dump. Photo: Ashraf Hendricks

It’s been five years since a group of families were relocated from a farm near Wellington to the New Rest informal settlement. While the area is regularly serviced by the municipality, life has been particularly hard since the move.

“We couldn’t save anything. With the eviction we lost some of our things but now we’ve lost what was left,” said Magrieta Cloete. Her home was one of 14 shacks destroyed by a devastating fire in early June.

Susan Smith, who lives close to Cloete pointed out some of the charred sheets she had to use to rebuild her home after the fire.

Cloete and Smith were among 23 families who were evicted from the Soetendal farm in 2015, after ownership of the farm changed. The families were relocated by Drakenstein Municipality to an open plot in New Rest informal settlement. Soon after, many other residents began building shacks around the Soetendal families.

Almost four years after we reported on Rosy Isaacs and her family, we found that she still lives with her husband in their shack. They had lived on the Soetendal farm for 35 years.

“You can’t say it’s peaceful living here or that we’re happy. We lived better on the farms,” said Isaacs.

According to Dorothy Fransman, also a Soetendal evictee, more than 50 shacks have since been erected around the Soetendal families. “And we can’t do anything about it,” she said.

Fransman explained that there were not enough toilets for all the New Rest residents which often led to the existing toilets breaking regularly. Residents throw rubbish in a ditch close to her house which also stops water overflow from the taps.

“If [the ditch] is cleaned, then the water would properly flow between all the houses. But now, with this heap that is growing, the water flows towards the houses,” said Fransman. 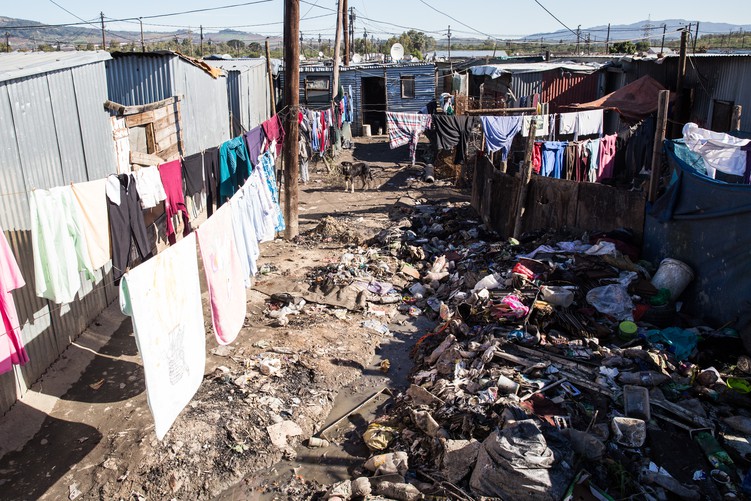 Residents dump rubbish in this ditch which stops water from flowing out of New Rest causing flooding in surrounding shacks. Photo: Ashraf Hendricks

“I wish they could remove us from here and put us in proper houses. We may not die from Covid-19, but the rubbish and the filth is too much,” she said.

The crime in New Rest has also become worse. Fransman said that the residents have been robbed walking to the shop or to work. A vast difference from life on the farm.

Chaleen Arendse, of the Women on Farms Project (WFP) said that many Soetendal evictees had died since moving to New Rest. Some have died in fires and others from tuberculosis.

Riana Geldenhuys, spokesperson for Drakenstein Municipality, said, “We respond to fires in New Rest as we do in any other area in Drakenstein. We also installed smoke detectors in informal settlements and offer fire awareness programmes.”

She said there were 41 informal settlements within the municipality’s jurisdiction, with older ones earmarked for upgrades.

“New Rest is a relatively new informal settlement and is currently not earmarked for an upgrade in the near future. The municipality has however been supplying and maintaining services such as water, toilets and electricity to New Rest.”

Geldenhuys said that to de-densify some of the informal settlements has been a challenge.

The municipality also confirmed that they will soon be setting up a virtual meeting with Women on Farms to discuss issues faced by many farm dwellers in the municipality.

Next:  “Illegal strike” says department as teachers down tools at Kraaifontein school