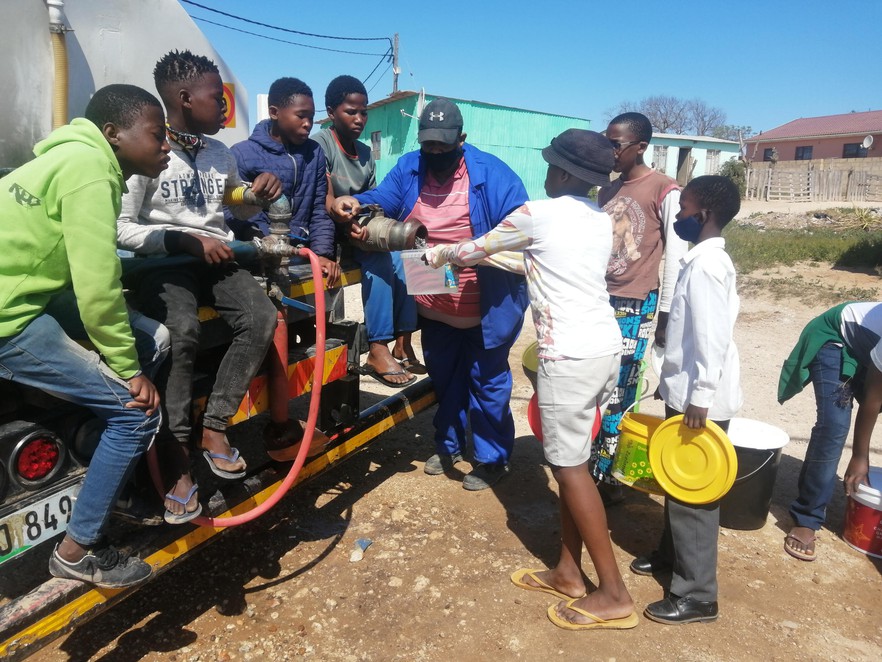 Many Nelson Mandela Bay Municipality residents are already experiencing Day Zero, with tanks delivering water to them daily. The situation is worse in the western areas like St Albans, and in KwaNobuhle, Uitenhage. Residents of these neighbourhoods are blaming the municipality for managing the situation poorly.

The constant need to repair decaying infrastructure, slow response to fix leaks and residents drawing water recklessly from tankers is worsening the situation.

On 17 September the national Department of Water and Sanitation released a statement of concern about water supplies in the Eastern Cape, but nevertheless was “confident that water in storage will sustain the province’s communities until the next summer rains”. Nelson Mandela Bay gets most of its rain from September to April, with a peak typically in November.

On the same day the department released another statement on drought interventions in the Kouga Local Municipality, which is adjacent to Nelson Mandela Bay, and in which lie three of the five dams that supply water to Nelson Mandela Bay. The department announced that it had transferred R92 million to the Kouga Municipality “to ensure continued and uninterrupted water supply in the area”. Interventions include boreholes, and repairs to leaks. The department expects these to be complete by end of the month.

Residents of St Albans informal settlement, which has about 1,000 people living in shacks, share five water tankers with a capacity of 5,000 litres of water each.

Nolumanyano Windvogel has a family of four. She said that water problems have hit the area for the past 18 months. But Day Zero hit on 4 September. That’s when taps were replaced by the tankers. Windvogel complained that the tank does not supply enough water. The supply, she said, is finished in under three hours.

“Then we are forced to let our children wear their dirty white shirts for three days or keep them at home. Sometimes we skip two days without taking a bath,” she said.

She said harvesting rainwater was helping her a lot. “When the clouds get dark I get excited and pray for the rain to fall. I harvest rainwater with my drum.”

“When our communal water tanks are dry. I drink that water. I also do my pile of stinking washing that I have been stuck with for three weeks,” she said. 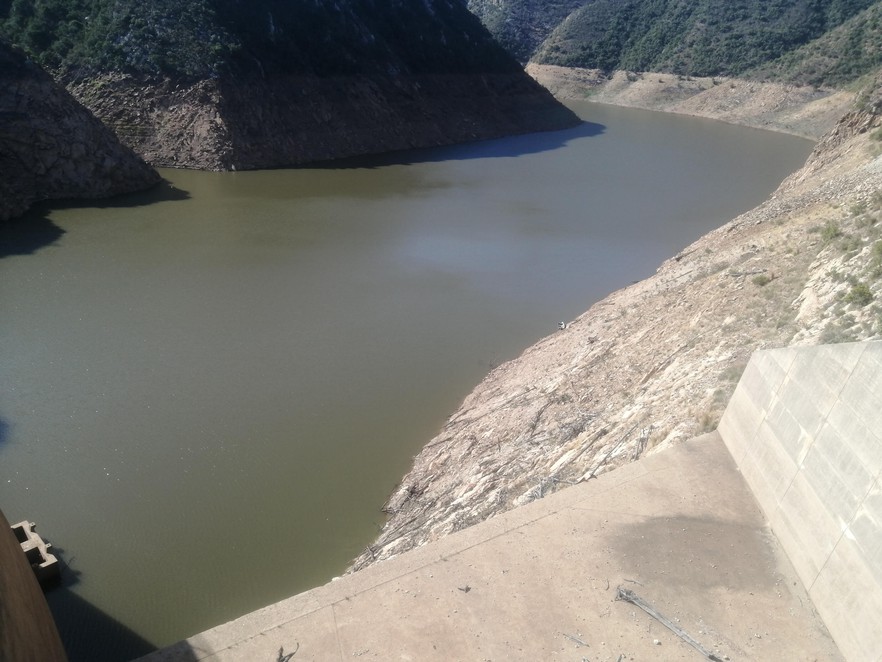 Kouga is the largest dam supplying Nelson Mandela Bay. It is below 9% of its capacity.

Zuko Mbinda, a water tanker driver, had a tough Wednesday. He begged residents to use water sparingly in Govan Mbeki Township. But many ignored him and more water was wasted. This, as the municipality was busy fixing a damaged pipe along Daku Road in KwaZakhele.

“People please don’t come with dirty containers and wash them here with too much water. Thousands of litres are getting wasted because you are not drawing water properly from the tanker. This is a 6,000 litre tanker and this is my third trip today but there are many people who have not received the water,” he said. “Only those who have buckets should come to the truck. For bottle containers, please use the hose pipe.”

“Yes, we have a drought. But our municipality has no capacity to manage the water we have. Water consumption is too high at about 290 to 300 megalitres a day. Standing committees are not doing oversight visits to see and investigate for themselves the real cause of the problem. We rely on reports. Also we have leaks all over the city that take too long to be fixed because of the shortage of staff due to retirements.”

“When we were in government we managed to reduce the water consumption from 290 megalitres to 248 megalitres,” he said. “We have to identify the hotspots … We need to have valves maybe about 200 metres away from each other. So that whenever we have a burst pipe we can easily switch off and fix the problem without leaving many people without water.”

By comparison, Cape Town, which has a population about four times bigger than the Nelson Mandela Bay area, at the height of its water crisis a few years ago was consuming under 500 megalitres per day, which works out to much lower consumption per person. The City of Cape Town also made a concerted effort to reduce leakage, which was a big help in averting Day Zero there. Yet on 6 August, the Nelson Mandela Bay Municipality announced that it had a repair backlog of 936 leaks. 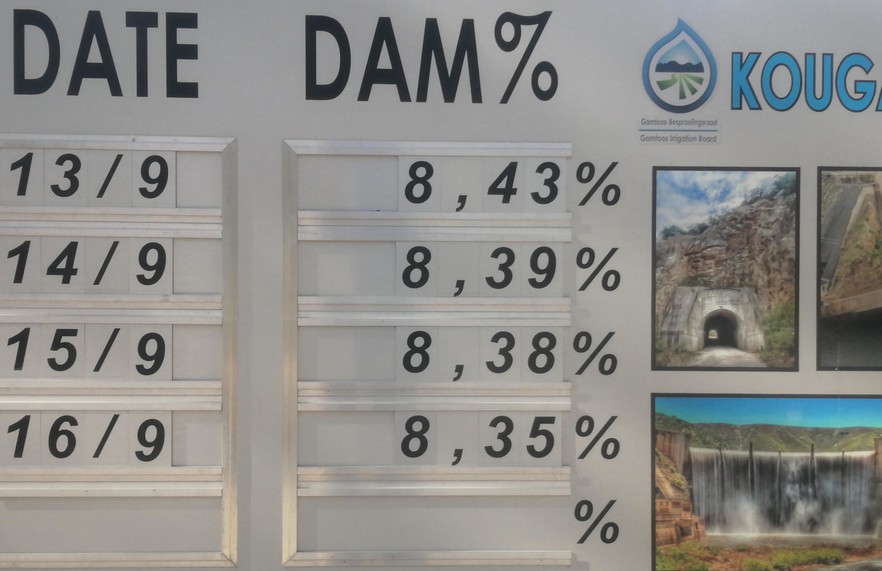 On 14 September, the five dams that supply Nelson Mandela Bay were at drastically low levels:

Taken together, the capacity of the dams is at just under 19%. 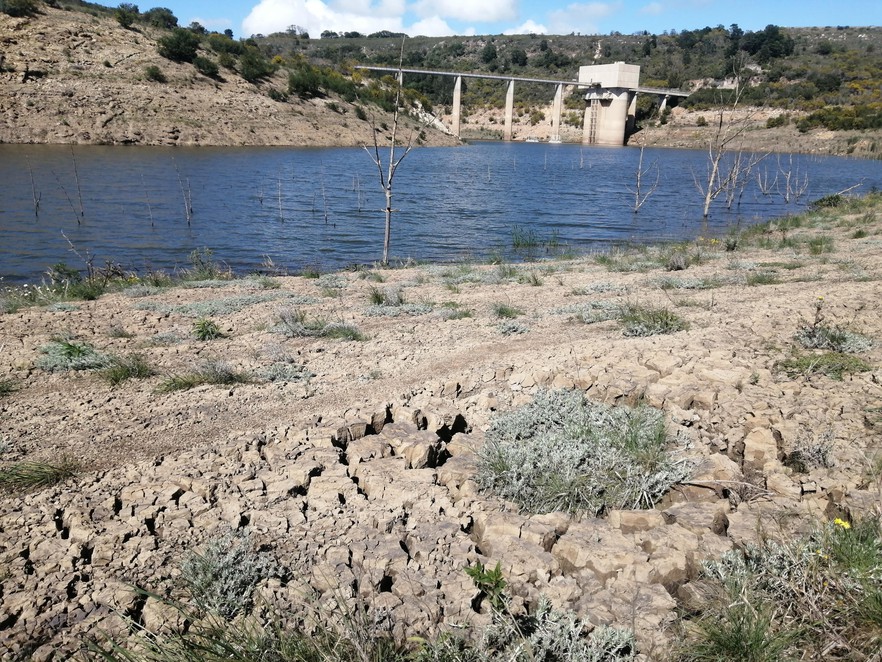 Impofu is the second largest dam supplying the city. It’s at 19%.

The bay’s water supply has been augmented by the Nooitgedacht water system, which transfers water from the Gariep dam in the Free State. But infrastructure failures and upgrade delays have hampered supply.

Senior Director for Water and Sanitation, Barry Martin reported that, “KwaNobuhle and Uitenhage [supplied from the Kouga Dam] are currently challenged by constant water supply interruptions … If the dam levels drop in any of the dams supplying the city, it means a certain part of the city experiences Day Zero.”

Meanwhile, on Friday, water protests broke out in parts of the city. 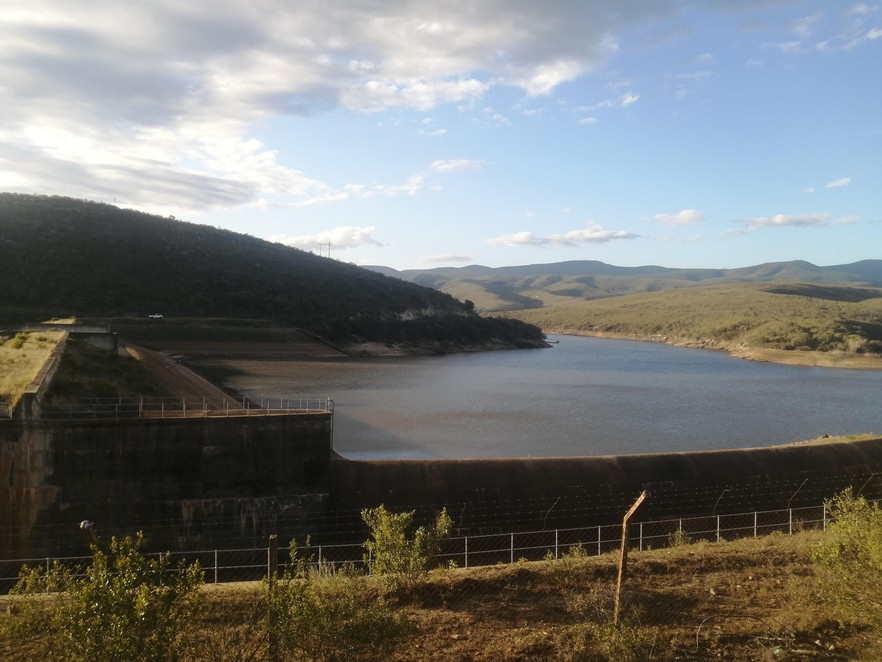 Loerie is the smallest of the dams supplying the city. 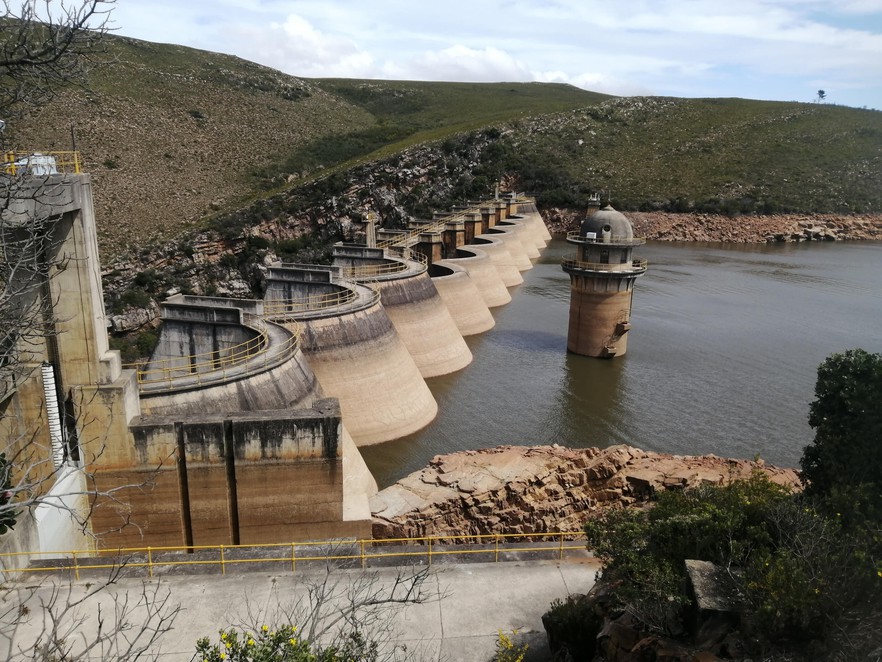 Churchill dam is at 55%. Unfortunately we could not get permission to photograph Groendal, because according to the municipality it is too dangerous to go there.

Next:  Concern over huge number of expiring refugee documents