“Why are they talking about reintegration when people don’t want refugees in their communities?” 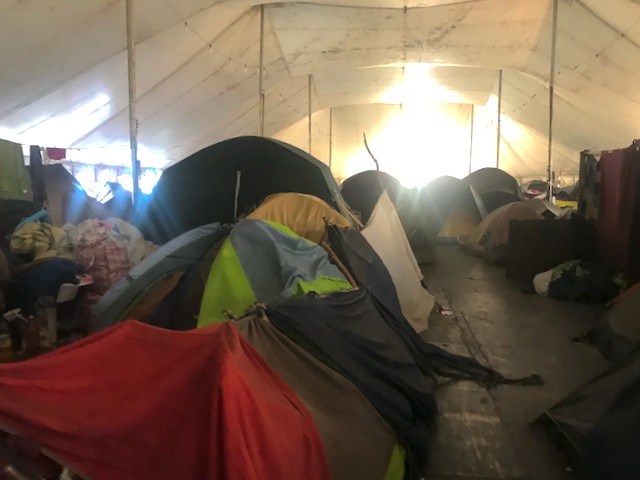 The camp in Wingfield, Kenisngton, where refugees who joined the protest to leave South Africa have been since April. Photos: Tariro Washinyira

Refugee leader Aline Bukuru, along with 56 refugees from the Bellville refugee camp, Cape Town, were detained by the Department of Home Affairs last week. They say this came after they refused to sign deportation forms.

They were processed at various police stations – Parow, Brackenfell, Bellville South, Milnerton and Mitchells Plain. 19 were released on Monday without charges.

Home Affairs has not responded to our daily inquiries. But in a statement on 30 October, it confirmed that officials had been to the Bellville camp to “verify” the “status of foreign nationals”.

The refugees marked one year in October since they started a protest outside the offices of the United Nations High Commissioner for Refugees (UNHCR) offices. They were removed in a chaotic operation and ended up spending months on Greenmarket Square and occupying the Central Methodist Church until April 2020. They were then relocated to camps in Kensington (Wingfield) and Bellville by the City of Cape Town as the Covid-19 pandemic gripped the country.

Since their protest began, they have demanded to be allowed to leave South Africa to stay in a country other their one of origin. But officials from several organisations have repeatedly told them this is unlikely to happen, and that their only realistic options are to live in South Africa or return to their country of origin. 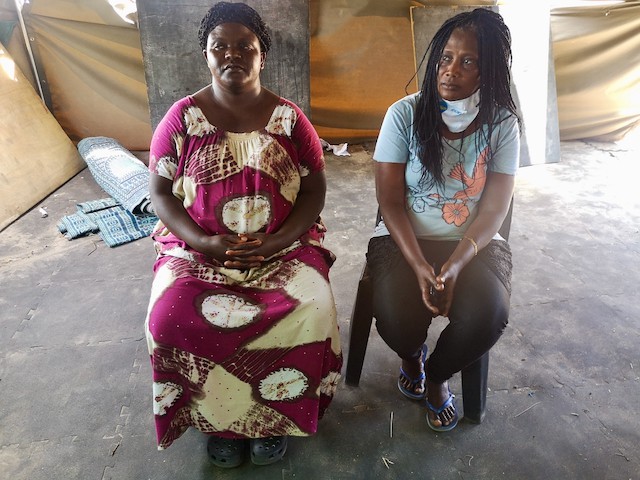 Refugee leaders at the Belville camp, Unice Akellow and Janet Helen, said they were treated poorly by the police and Home Affairs officials during the verification process at the camp last week.

Refugee leaders Unice Akellow and Janet Helen said they were treated poorly by the police and Home Affairs officials during the verification process at the camp last week. Operations began at the crack of dawn without people having a chance to change dirty baby diapers and feed their children. At some of the police stations people had to sit on the ground (we saw photos and videos apparently confirming this).

They say they were pressured to sign forms to accept voluntary repatriation or integration into the community. There were no interpreters.

In a voice note Bukuru said she was recording at Mitchells Plain police station, she said: “Immigration officers told me that they have determined my case. I am no longer an asylum seeker or refugee in South Africa. I am illegal and need to be deported. I refused to sign the papers … I need to be represented legally.”

Akellow, who left Kenya 15 years ago, said, “Imprisoning Bukuru will not help … The officials think if they destroy our leadership first it would be easy to intimidate other refugees, but it won’t work. Even if they come and arrest [all the leaders] we still have refugees who know how to stand for their rights. All of us have one mission: to leave South Africa. None of us signed repatriation and integration forms; they were forcing us to sign.”

Bukuru is scheduled to appear in court on Friday.

Helen said, “We are really done with South Africa. They should release Bukuru. We joined the protest because of the situations we were facing in townships. … I stayed in Delft, then Belhar, where I was beaten by my landlord until I peed on myself. The neighbours and police never helped.”

Ameca Agbo, a Nigerian asylum seeker, said he was detained for four days after he refused to sign a deportation form because he has an asylum document obtained in 2014. He said that on Thursday immigration officers took him and others from Bellville camp to Mitchells Plain and put them in a holding cell. On Friday, Saturday and Sunday they were intimidated and threatened with 90 days in prison, but they still refused to sign.

They were dropped at Home Affairs offices on Monday afternoon and they walked back to the camp, they say.

A Kenyan asylum seeker who asked not to be named said that he refused to sign some papers because he could not read English. He says he was then taken to the Milnerton police station. With six other men, he signed voluntary repatriation documents on Friday after the police harassed them. They were then taken to Bellville Magistrates court on Monday where the magistrate released them without a charge, he says.

Because of Covid restrictions no other parties were allowed into the court and we have not been able to verify his claims. But he says the magistrate asked why he signed a voluntary repatriation form. “I said police forced me. The magistrate then said go back home, the document that was signed by the police is cancelled,” he says. 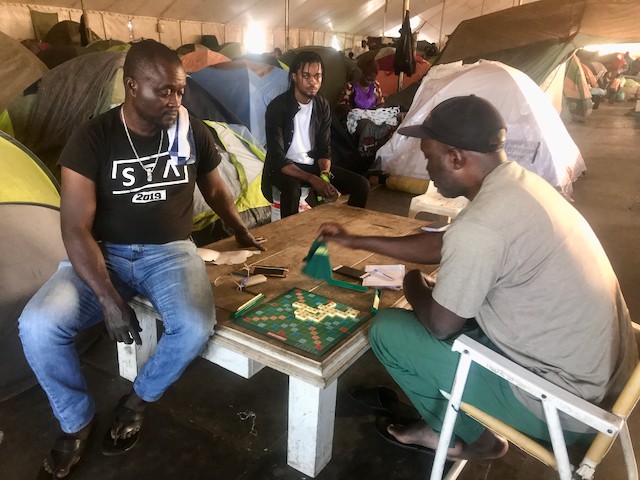 Papy Nsoki, left, plays Scrabble with a friend while Melchi Kazadi looks on in the Kensington camp.

Meanwhile refugees living in the Kensington/Wingfield camp told GroundUp the majority of their group want to leave for camps in Zimbabwe, Namibia or Zambia, where they would feel safe and be provided with food, clothing and free school for their children by the UNHCR.

“Only a small number want to go back to the community or be repatriated,” said spokesperson Laurence Mambu, who has been living in South Africa since 2000.

Minister of Home Affairs Aaron Motsoaledi told Parliament on 20 October: “I am asking UNHCR to clarify what we need to do if people refuse integration, voluntary repatriation and UNHCR cannot resettle them. What then is the option?”

UNHCR spokesperson Kate Pond warned on 22 October that people who have been granted asylum cannot be repatriated if it violates the non-refoulement principle, which says that people cannot be returned to a country where they would be at risk of persecution.

She urged the people staying at the two sites to act lawfully, but she also called on the government to be mindful of international law when managing the situation. “UNHCR stands ready to support reintegration into communities, or facilitate repatriation for those who choose to do so …”. 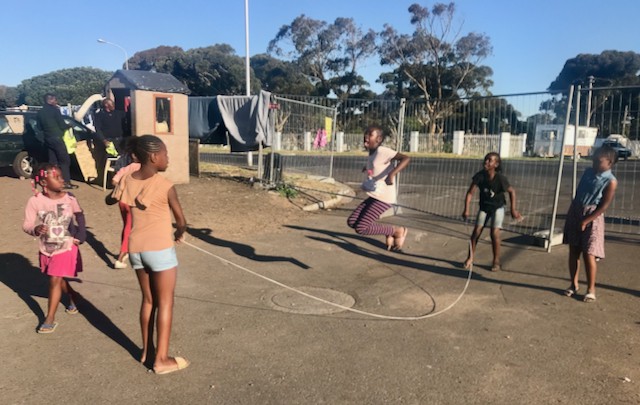 Children play at the Kensington camp. They have not been going to school since October last year.

Only 11 families have accepted the reintegration process. The group’s leader, Cedrick Kabwe, expressed gratitude to the Human Rights Commission, Gift of the Givers, the Scalabrini Centre and Adonis Musati for assisting them.