People who have recovered from Covid-19 say they are stigmatised

“No one visited our house anymore. So we left Port Elizabeth” 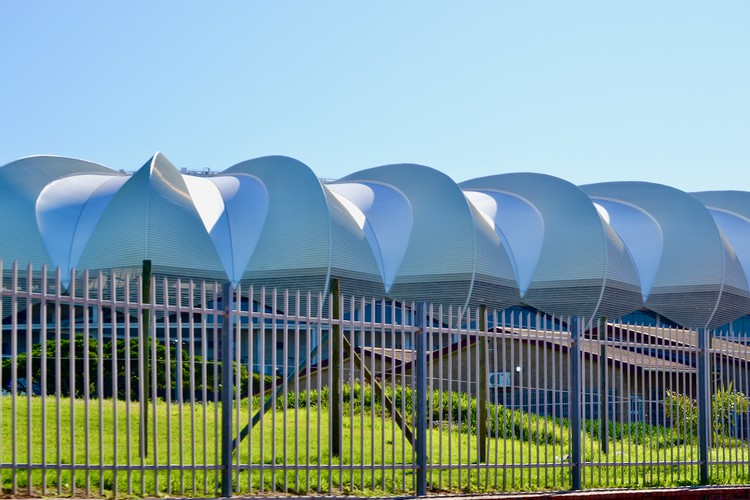 People discharged from the Nelson Mandela Bay Stadium Covid-19 quarantine facility complain of stigma when returning to their communities. To date peak occupation at any one time has been 150 patients at the facility. Photo: Thamsanqa Mbovane

Some people discharged from the Nelson Mandela Bay Stadium Covid-19 quarantine facility complain of stigmatisation when returning to their communities.

“After being discharged on 7 June from the stadium, my neighbours in Port Elizabeth referred to my house as a ‘Corona House’,” a woman who wished to stay anonymous told GroundUp.

“People have been stigmatising us in taxis, in the streets, at shops, and everywhere we go. “

“In fact, only my church members supported me before and after I recovered from Covid-19, but the rest were scared of my whole family and kept labelling us,” she said.

“No one visited our house anymore. So we left Port Elizabeth because of being stigmatised.”

She said the stigma had already started when she was first tested and there was contact tracing.

A mother of three boys and a professional nurse, she has now moved to KwaNobuhle in Uitenhage.

She had been quarantined at the stadium for 14 days. She said she stayed in a large room with three beds. She met fellow nurses from various hospitals and clinics and also police officers who had tested positive. But she doesn’t believe she was infected while working at her hospital. She said she always wore protective gear.

“When I tested positive for Covid-19 I did not believe it and I still ask myself, ‘where did I get it?’” she said.

“I didn’t choose to have Covid-19 … People must begin to know that anyone could have it and they must stop associating it with death and treating us as if we came from the graveyard. We are human beings, like everybody else.”

Another nurse, from Despatch, who was also discharged from the stadium, said when her daughter in grade 7 returned to school on Monday she was asked if she had come into contact with anyone affected by Covid-19. She answered honestly and was then made to stand alone in the school soccer field.

“I went there and removed my child and she will never go to that school again. People, including the so-called professionals, keep stigmatising us and our children,” said the mother.

On 10 June, Luvuyo Bangazi of the Nelson Mandela Bay Development Agency, said the stadium has 213 beds ready for occupation. “Numbers of occupants fluctuate daily as patients are admitted and others released. The peak occupation number we have had at any one time is 150 to date. Current occupation of the facility stands at 51,” said Bangazi.

Next:  Motherwell school shut down by parents worried about safety