Motherwell school shut down by parents worried about safety 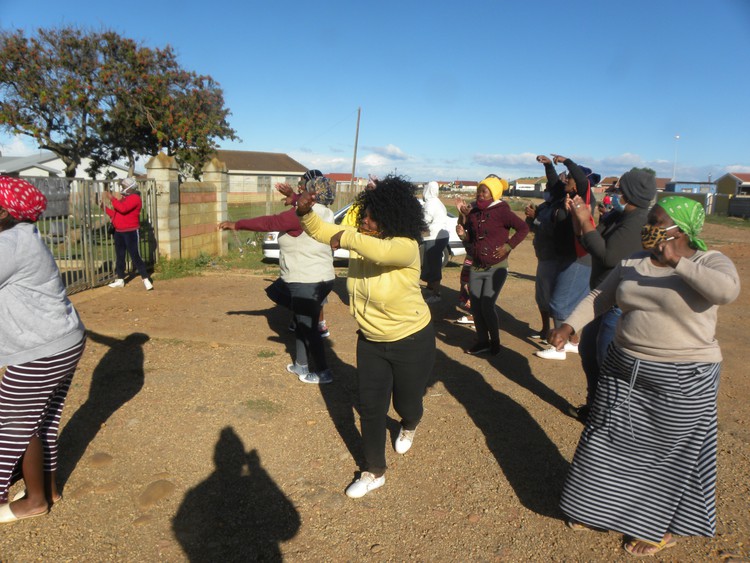 Parents protesting at the gates of Ikhwezelihle Primary School in Motherwell on Thursday. They are demanding that the school be deep cleaned before classes resume. Photo: Joseph Chirume

About 20 parents shut down Ikhwezelihle Primary school in Motherwell, Port Elizabeth on Thursday, demanding that the school be deep cleaned before classes resume.

The group accused the school of failing to implement adequate safety measures to protect learners. They say the school will remain closed until sanitisers and other cleaning materials have been delivered and the grounds cleaned.

“The principal informed us a week before the schools opened that everything was alright. We only discovered later when we toured the school that the toilets were very dirty and stinking,” said a parent, who refused to be named.

The parents said they were also upset about the condition of the toilets and that only one bar of soap was provided in the bathroom and no sanitisers. “The temperature screening machine also stopped functioning,” said the parent.

We accompanied two parents on to the school premises and saw grade 7 learners seated in a classroom. The learners were sent home later.

The parent said children should be screened and sanitised when entering the main gate. “There should be good social distancing among them. We are shocked that learners at this school still walk in groups.”

Eastern Cape Department of Education spokesperson Loyiso Pulumani said, “We released cleaning materials including sanitisers before the opening date. It could be that the consignment has not arrived at the school but I will confirm with area managers.”

He said that by Wednesday 94% of schools in the province had received personal protective equipment.

Next:  Asylum seeker with spinal cord injury faces eviction from his shack

Previous:  People who have recovered from Covid-19 say they are stigmatised