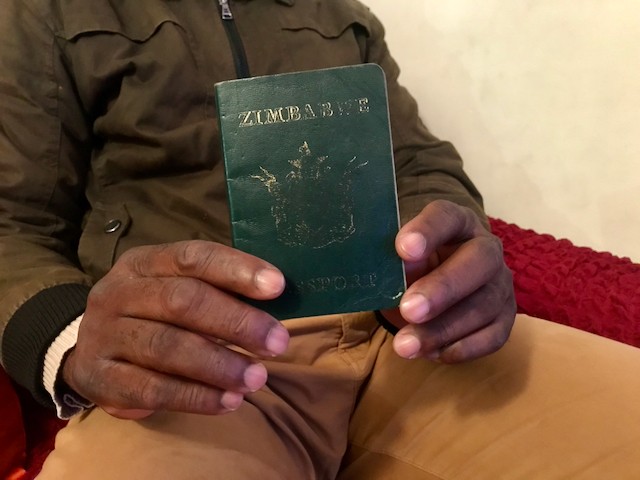 Only 6,000 of the 178,000 Zimbabwean Exemption Permit (ZEP) holders have made representations to the Minister of Home Affairs spelling out why they should be allowed to remain in South Africa, according to Home Affairs. Photos: Tariro Washinyira

Only 6,000 of the 178,000 Zimbabwean Exemption Permit (ZEP) holders have made representations to the Minister of Home Affairs spelling out their personal circumstances and why they should be allowed to remain in South Africa, according to Director-General of the Department of Home Affairs Livhuwani Tommy Makhode.

He was responding in an affidavit to a bid by the Helen Suzman Foundation (HSF) to set aside government’s blanket decision not to renew ZEPs.

HSF says the decision was “hasty, untransparent and ill-considered”. But Makhode said the Minister of Home Affairs had given ZEP holders 12 months to “regularise their status”.

Various forms of the Zimbabwean permit have been in operation for 13 years. It was first introduced to legalise the status of the many Zimbabwean nationals already living in South Africa.

HSF executive director Nicole Fritz said in her affidavit before the Pretoria High Court that the decision will force a desperate choice on ZEP holders: to remain in South Africa as undocumented migrants with all the vulnerability that attaches to such status, or to return to a Zimbabwe that, for all intents and purposes, is unchanged from the country they fled.

The HSF wants a judge to rule that the decision is unlawful, unconstitutional and invalid, and that it be reviewed and remitted back to the minister for reconsideration “using a fair process” involving meaningful engagement with those affected and civil society.

Makhode said it had always been made clear that the ZEP was “temporary”.

“It was intended, initially, to give a large number of undocumented Zimbabweans, about 1.5 million in 2009, the opportunity to regularise their stay in South Africa. The uptake figures were small and, over the years, the numbers have steadily declined,” he said.

“The relief the HSF seeks will effectively confer rights of permanent residence on ZEP holders, in the face of express conditions on which the permits were issued.

“It seems to contend that because the permits were renewed from time to time, this confers on them a substantive legitimate expectation that they should be renewed in perpetuity, that they be entitled to remain in the country until the economic situation in Zimbabwe improves to the extent that the HSF and the court find acceptable,” he said.

“The relief sought would render the court as the sole arbiter of the nature and extent of economic recovery in Zimbabwe which would allow them to return. Any such order would amount to a far-reaching breach of separation of powers.”

Makhode said any such order would also give others, who did not meet the requirements for asylum or other visas, the right to remain in South Africa as “economic migrants”, contrary to the provisions of the Immigration Act.

He said the minister’s decision had been supported by the Zimbabwean government.

“If there was a possibility of mass unemployment, and or impending economic upheaval with the return of 178,000 Zimbabweans, one would have expected this to be raised through diplomatic channels.

“The permits were introduced because of an influx of Zimbabweans in the face of hyperinflation and a humanitarian crisis. By all accounts, the economic situation has significantly recovered — there has been positive growth in the GDP while the economic situation in South Africa has markedly declined … South Africa is facing an unemployment rate of 34%, whilst Zimbabwe’s is about 5.2%.”

Makhode said they could apply to extend their permits on a “case by case basis” - and this decision was both rational and reasonable.

The HSF will file a responding affidavit, after which the matter will be set down for hearing.

Next:  PRASA whistleblower speaks out

I went through the requirements for a permanent residence permit. As I read through the checklist my hope was lifted because I met almost all of the requirements. My bubble was busted as I read through a requirement that goes "the applicant must have proof of five years continuous work visa excluding work in terms of intra company transfer, corporate and ZIMBABWEAN SPECIAL PROJECT VISAS". I could not apply for PR since I fell in the ZEP.

My last option was to apply for a general work visa. One of the requirements in the application for a general work permit is that the employer must prove that despite a diligent search they could not find a citizen or a permanent resident to fill the position. This requirement as it is applied to a scenario where the employer has a vacant post and needs to fill it. If the employer wants to hire a foreigner he must convince the Department of Labour that he diligently searched and could not find a South African resident or citizen to fill the vacant post. My case is different considering that my position is not vacant (i.e. I am already hired – in fact, I was hired nineteen years ago.

Which mainstream permit do I apply for? This is a question I am still struggling to answer even today.

This whole issue is so disturbing. We are contributing to the economy. We pay tax and UIF like everyone else. There must be a way to solve this without scrapping the ZEPs. Really there is no option from SA government.