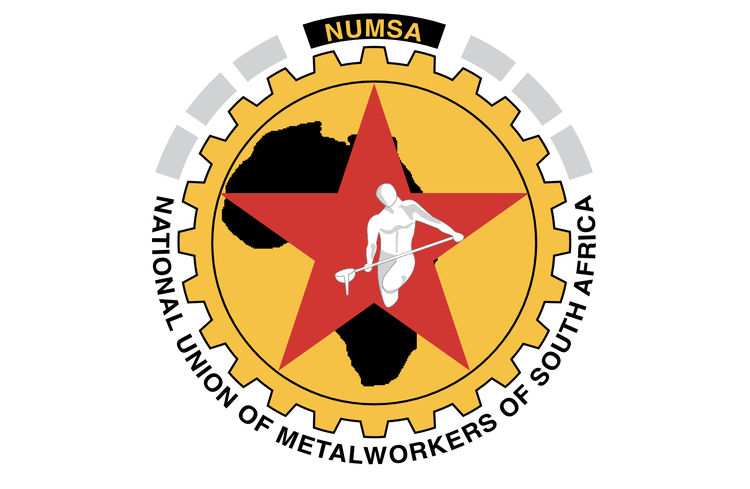 NUMSA spokesperson Phakamile Hlubi-Majola has been sent a lawyer’s letter asking her to remove recent twitter posts about SAFTU president Ruth Ntlokotse. NUMSA logo from the website copied for fair use.

The spokesperson for the National Union of Metalworkers of South Africa (NUMSA) Phakamile Hlubi-Majola has been sent a letter from the lawyers of the president of the SA Federation of Trade Unions.

The letter states that on 17 August 2022, Hlubi-Majola embarked on a campaign using “unlawful, wrongful and defamatory material”.

In this post, Hlubli-Majola suggests that Ntlokotse had told “lies” in the run-up to the union’s elective conference in July and that she was seeking to collapse the union by trying to nullify the conference.

The Johannesburg Labour Court’s Judge Graham Moshoana granted an interdict against the congress going ahead. Judge Moshoana identified a number of constitutional defects, including unlawful suspensions of union leaders, the placing of the Mpumalanga region under “administration”, and a failure to appoint a credentials committee in the run-up to the congress.

He ruled that NUMSA’s congress should not proceed until these defects were remedied. But the congress went ahead, and a slate of national office bearers were elected unopposed. Mpumalanga region was not permitted any delegates.

Ntlokotse is challenging the validity of the national congress and its elections in the Johannesburg Labour Court.

In the letter Ntlokotse’s lawyers say that Mlubi-Majola’s posts are an effort to “disparage” her, and to “sully” her reputation within NUMSA, SAFTU, South Africa and internationally.

The letter demands that Hlubi-Majola remove all the posts related to Nltokotse, promise not to make any further posts, and make a public apology to Ntlokotse.

Tomorrow, the Johannesburg Labour Court will hear Ntlokotse’s application to nullify the national congress and to find the union, and its leaders Jim and Chirwa in contempt of court.

GroundUp sought comment from Hlubi-Majola, but no response was received by our deadline.

Previous:  Domestic worker who accused her employer of rape has waited four years for justice