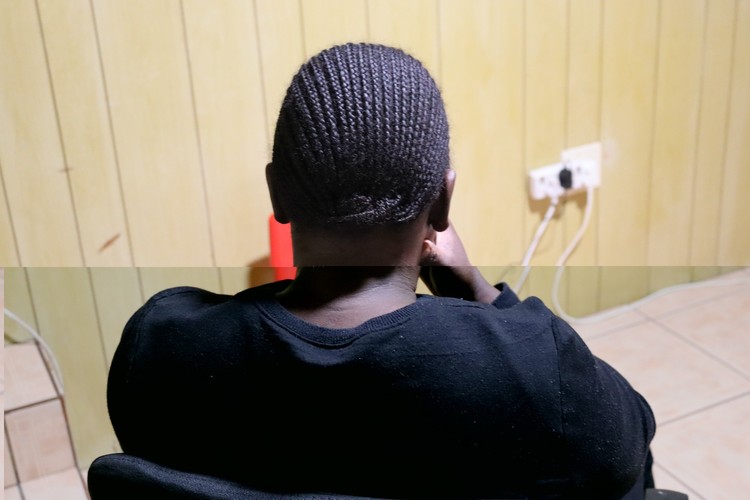 Four years after she laid a charge of rape, an East London domestic worker is still waiting for the case to come to court. Photo: Nombulelo Damba-Hendrik

An East London domestic worker is still waiting for the man she says raped her four years ago to be brought to justice. The case was withdrawn because of delays with DNA testing.

Alice* from Mdantsane, says she was raped repeatedly between 2016 and 2018. She said at first she did not report the matter to the police because her rapist threatened to kill her if she told anyone. In May 2018 she finally broke her silence and reported the matter to Vulindlela police station in Mdantsane.

Police spokesperson Brigadier Thembinkosi Kinana confirmed that Mdantsane Family Violence, Child Protection and Sexual offences unit (FCS) are investigating a case of rape after an incident that was reported at Vulindlela police station on the 24 May 2018. He said a 53-year-old man had been arrested a few days after she laid the charge, but the case had been withdrawn pending DNA results.

Four years later, there is still no sign of the DNA test results.

Alice says she is slowly losing faith in the justice system.

“I have knocked on so many doors seeking for help. I even went to other police stations hoping to speed up the process but nothing works,” she said.

She says she is now seen as a liar that tried to break her employer’s marriage.

“His family members hate me because they believe that I lied to the police. To them the fact that this case was withdrawn pending the DNA test results means that there was no case from the start,” she said.

Alice says she started working for the man’s family when she was 17, looking after the children. He started raping her when his wife went away to study, she says.

“The man is a teacher and he works in a nearby school. The kids were using scholar transport. He would wait for kid to leave, then rape me. He would make sure that I take a bath and flush the condoms before he left.”

Alice says the day she reported the incident, the man ran out of condoms and had used a plastic glove from his wife’s clinic. “He told me to throw it in a dust bin. That’s when I ran to the police station because I knew the evidence would be found on that dust bin,” she says.

Alice says she took police to the dustbin and the glove was found.

She says police took her to hospital and it was also discovered that she was pregnant. Her mother had advised her to have an abortion.

Kinana said he could not say when the DNA results would be available as this depended on the work of the forensic laboratory.

Nobesuthu Matoti of Precious Things, an organisation which assists rape survivors, said, “The backlog on DNA test results is a nightmare and the government is doing nothing to solve the problem.”

She said the organisation was waiting for six rape cases to come to court, one of which dated from 2017. All are delayed by the wait for DNA results.

“What frustrates us mostly is that even the investigative officers do not know the duration,” she said.

Questions sent by GroundUp to National Prosecuting Authority spokesperson Luxolo Tyali had not been answered by the time of publication.

* Not her real name

Next:  NUMSA spokesperson in defamation row