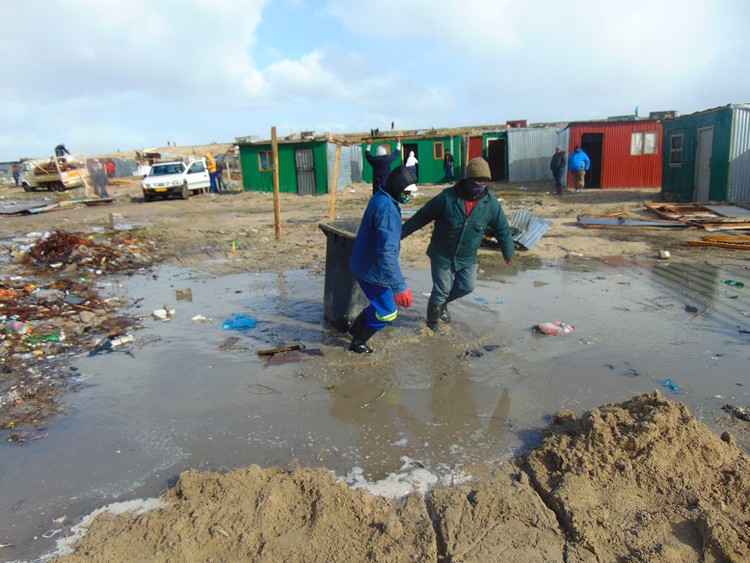 Minister of Social Development Lindiwe Zulu announced on 13 July that the government was considering a Basic Income Grant (BIG) for everyone between 18 and 59 years old. Though there is no clarity on how this would be funded, an ANC document warns that the cost of not funding it would be “disastrous”.

Zulu’s announcement came soon after the ANC’s 27-28 June National Executive Committee, at which a subcommittee chaired by Lindiwe Sisulu presented proposals for a BIG in a discussion document. Members of the sub-committee include Tito Mboweni, Bathabile Dlamini, Blade Nzimande, Sbu Ndebele and Zizi Kodwa. The proposal was written by Professor Viviene Taylor, who originally championed the BIG 20 years ago.

The proposal in the ANC document is that 33 million people — all those between 18 and 59 — would receive R500 every month. There would be no means test. R500 is almost enough money to survive on, the document said, quoting a food poverty line of R591 a month in 2019. In 2015, 13.8 million people in South Africa fell below this line, according to the document.

At R500 per adult per month, the annual cost of BIG would be R198 billion.

According to the document, employed people would effectively fund their own grants through a revision of the tax rate, made in such a way as not to over-burden those at the lower end of the taxpayer spectrum.

Taylor chaired the Committee of Inquiry into a Comprehensive Social Security for South Africa, which completed its work in 2002 and “formally recommended the introduction of a BIG”. This recommendation was then followed by a push from civil society, religious leaders and COSATU for the implementation of BIG. In 2002 the Treatment Action Campaign organised a march of thousands of people to Parliament to demand BIG. In 2004 the Economic Policy Research Institute and three economists, Pieter le Roux, Charles Meth, and Ingrid Woolard, offered four alternative financing options for BIG.

Each worked from an initial assumption that the grant would be universal (for all, regardless of age) and set at R100 at 2000 prices (approximately equivalent to R300 today), with additional grants — disability, pension, child support — sitting on top of the basic amount. The additional tax burdens calculated ranged between R27 billion and R42 billion (in 2000 prices) and measures offered included raised VAT, raised corporate taxation, and increasing the top rate of income tax to 45%.

But the National Treasury did not buy into the findings of the Taylor Committee. Then-Finance Minister Trevor Manuel said in 2005 that a universal BIG would bankrupt the country and BIG largely vanished from public debate.

The ANC document suggests that the cost of the grant “would be clawed back from those with high incomes through the revision of the tax rate”.

In pre-Covid-19 times, this would have meant the government would have recovered R101,8 billion immediately, leaving R96 billion to be raised in additional tax. But because millions of jobs have been shed during the Covid-19 crisis, at 50% unemployment, R120.6 billion would be needed from additional taxation, according to the document’s calculations.

The document says, “The social, economic and political costs of not introducing a Basic Income Grant in South Africa are more disastrous than the actual monetary costs.”

Next:  We won’t fix development until we fix our municipalities

Previous:  “I can’t even feed my children” says unemployed farmworker