They had a string of demands, but the top one was for MEC of Health, Dr Phophi Ramathuba to be dismissed. The union accuses her of failing to address challenges and provide strategic leadership in the health sector.

Protesters held placards calling for the removal of the MEC and the head of the health department, as well as saying “Down with austerity measures”, “Insource all outsourced services” and “Pay us danger allowances”.

The march was dubbed a NEHAWU Provincial Day of Action.

Other demands by the protesters included absorbing health professionals who have completed their community service and strengthening security in all workplaces including clinics, hospitals and administrative offices.

The union also called for the department’s budget to cover 100% of a performance bonus they say is due to workers.

They also said that all clinics that were identified to offer 24/7 services should be made operational with immediate effect.

The protesters called for Nape Nchabeleng, Limpopo’s Director General, to be fired, because the office of the premier was fingered by the Auditor-General for R3.9 million of irregular expenditure for the 2015/16 financial year.

After signing three memorandums, Premier Mathabatha said: “There is no way we will let our workers down. We will attend to all the demands.”

At the Department of Health, MEC Ramathuba signed the memorandum, and was whisked away by officials from her department. 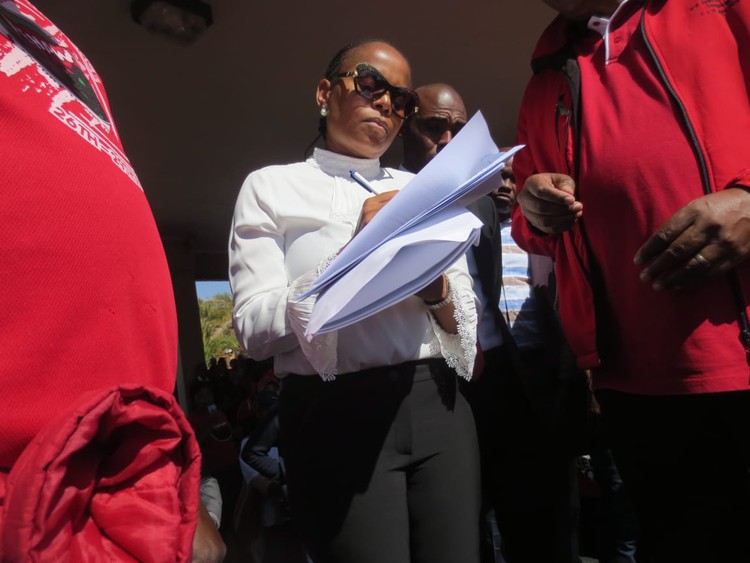 Next:  Call for political parties to support campaign to recall incompetent ward councillors