Streams of filthy water flow through fields and past a school 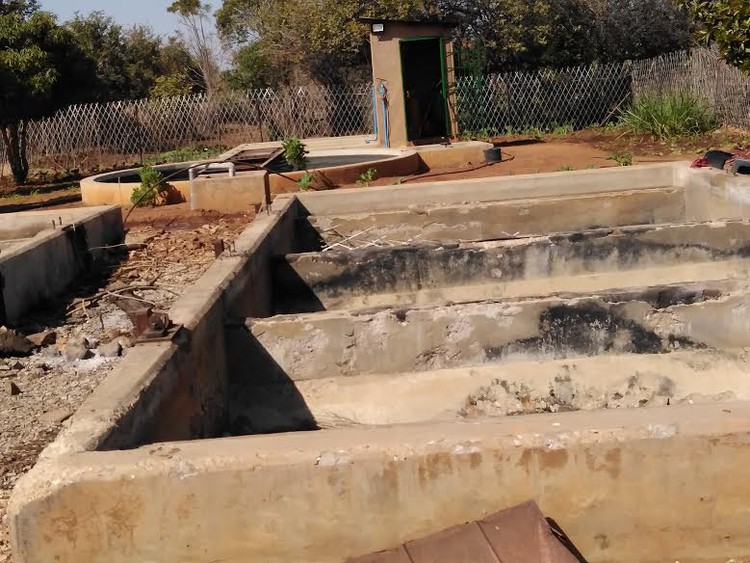 Residents of Harper township in Musina, Limpopo, say the leaking sewage plant has not been fixed in five years. Photo: Bernard Chiguvare

Employees at the sewage plant in Harper township, Musina, Limpopo, have resorted to throwing sand onto the excrement leaking from the plant, which has not been fixed in five years according to residents.

Sewage water is running down through open fields next to the sewage plant, flowing for about 10km to the Sand River.

When GroundUp visited the plant on 1 August, a worker who did not want to give her name was directing the flow of sewage water from the plant with a spade. Working without gloves or boots, she had made a makeshift net to strain out the solid waste and thrown sand onto the excrement.

Community leader Sewani Kaunda says residents have several times alerted the Vhembe district water authority but nothing has been done to fix the plant.

“This is a health hazard. To make matters worse, the sewage is next to a school.” The sewage plant is close to St Martin de Porres school.

But some residents see the sewage flow as a boon.

Sarina Simono, who was watering her vegetables with sewage water she fetches with a bucket, said she was trying to teach her children to make a living from growing vegetables.

“I am working for Musina municipality but my salary can not take us through - me, my children and grandchildren. I want to teach my children to be able to sustain life on their own. For now the vegetables are for their own consumption but as we go along I might advise them to grow vegetables for selling,” said Simono.

Matodzi Ralushai from Vhembe District municipality did not answer questions about what had gone wrong with the plant and when. In response to GroundUp’s questions, he said: “Infrastructure maintenance is an ongoing process and demand pressure also has an impact on it. Coronavirus affects the maintenance team but as critical essential services the team is responding to reported sewer problems.”

Next:  Poor quality food being given to learners, say activists