Millions of rands in lottery funding for mysterious music festival 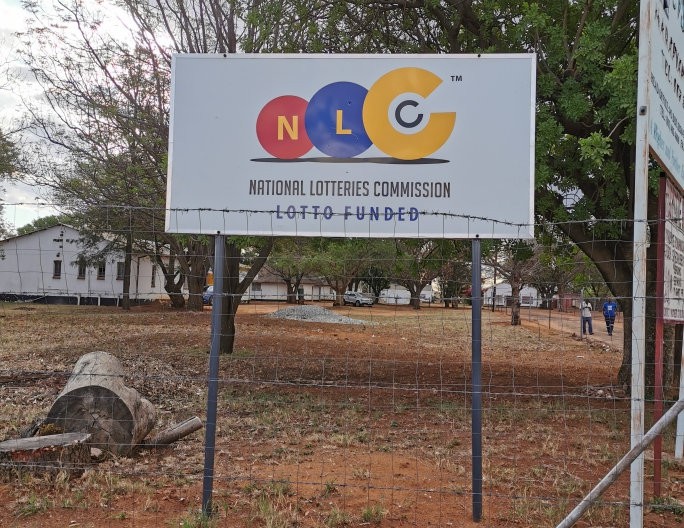 The National Lotteries Commission has not made the slightest attempt to explain why it funded an apparently dormant organisation. Photo: Raymond Joseph

The National Lotteries Commission (NLC) has given more than R15 million in funding to a dormant organisation in rural Limpopo, some of it for a mysterious music festival in Mpumalanga.

Vyeboom Youth Development (VYD), which is registered at an address in rural Limpopo, received R5 million in December 2017 for the “Troopers Festival”, a music event supposedly held in Mpumalanga.

The “Troopers Festival” grant was from the NLC’s Arts and Culture sector.

And in August 2019, Vyeboom received a further R10.1 million grant, this time via the NLC’s sports sector, for an unnamed project. The NLC ignored questions from GroundUp about the 2019 grant, including a request for details of the project and where it is based.

Vyeboom’s only online presence is a Facebook page set up in September last year, a month after the organisation received the 2019 grant.

Thakhani Theobald Mudau, who is registered with the Department of Social Development (DSD) as chairman of Vyeboom Youth Development, said the organisation was no longer active.

He said he had “last worked” at the organisation in 2017 and was unaware that the organisation had received over R15 million in Lottery grants. He would need to confirm this with attorneys who would respond to questions sent via email and WhatsApp by Monday, 20 July. They failed to respond. Mudau also failed to respond to follow up questions sent by GroundUp via email and WhatsApp.

Official DSD records reveal that Vyeboom Youth Development, which was registered as a non-profit organisation in 2011, has not filed annual financial reports, or any of the other documents required by law, since 2013.

Soon after GroundUp began asking questions about Vyeboom, a freelancer for the Limpopo-based Zoutpansberger and Limpopo Mirror, who had helped with contact details for people involved with the organisation, received an anonymous phone call warning him to cease his enquiries. If he did not, he would be “followed and hurt”, the journalist was warned. He has laid a criminal charge of intimidation at the Makhado Police Station in Louis Trichardt.

The threat was condemned by the South African Editors’ Forum (SANEF), which said in a statement that “it is inexcusable for individuals to threaten the journalist. We trust that the police will give this matter the urgency it deserves and identify the culprits.”

The decision to fund the Troopers Festival and several other festivals was made during a special NLC Board meeting on 2 September, 2016. The Board decided that R45 million of the R141 million in unclaimed Lottery Arts and Culture sector allocations from before 2012 should be distributed to all the provinces for “respective qualifying flagship projects” up to a maximum of R5 million each.

In response to a question in Parliament in 2018, the Minister of Trade and Industry provided a list of festivals that had received Lottery funding. The Trooper Festival had been funded to the tune of R10 million in successive years via two different non-profit organisations, Vyeboom and Migingiriko Projects. Migingiriko was registered in 2015, and has not fulfilled its statutory reporting obligations with the DSD since 2017.

Migingiriko does not have a Facebook page or any other online presence. The cellphone number listed under the chairperson’s information on the DSD records for Migingiriko Projects is for an accounting firm in Pretoria. The firm said it only had an email address for Migingiriko, which corresponds with the one on the DSD records. We emailed it. The person who responded refused to provide any information about the funding the organisation received from the NLC.

Tshidumo Fhumulani Nicolus, who manages Vyeboom’s Facebook page, said he was not aware that the NPO had received funding for an event called the Troopers Festival. He said Vyeboom is based in Limpopo and was established to cater to the needs of the local Vyeboom community, including vegetable farming and the provision of meals for orphans. Nicolus said he had applied for lottery funding but with no success.

The Vyeboom Facebook page, which was set up in September 2019, mainly reposts job opportunities that are sourced elsewhere. It is listed as a personal blog and the “about” section lists Nicolus’s cellphone number, an email address and a link to a website that failed to open. The page’s description says it is a group that “helps the youth in South Africa by providing opportunities.”

It does not display any NLC branding, which is a contractual condition of Lottery funding.

NLC spokesperson Ndivhuho Mafela failed to respond to detailed questions emailed by GroundUp about the R15.1 million in grants given to Vyeboom Youth Development. But after the anonymous threat to his freelancer, Anton Van Zyl, the publisher of the Mirror and Zoutpansberger, asked the NLC for information about Vyeboom Youth Development and the people behind it.

In an email addressed to NLC Commissioner Charlotte Mampane and to Mafela about the threat against his reporter, Van Zyl: wrote: “We don’t take kindly to such threats to our journalists and we view it as a direct attack on media freedom and, per se, the constitutional values that we hold dear. The only way we can effectively respond to such threats, is to shine a light on what is happening and try and establish why people would want to hide the truth.”

Van Zyl asked the NLC to provide the names and contact details for the people involved with Vyeboom that they had dealt with “because these seemingly differ from the ones on file at DSD”. He also requested details of the Vyeboom project that had received R10.1 million in Lottery funding in 2019.

In response, Mafela said that the NLC “condemns these acts of unlawfulness and hope that justice is served to those at the receiving end of this kind of criminality”. But he declined to provide the requested information. “We have to follow due process where information requests are concerned. Therefore we suggest that you follow the PAIA (Promotion of Access to Information Act) process and we do believe you are well acquainted with how to do this and whom to direct the application to within the NLC.”

In the past, the NLC has declined at least six different PAIA applications requesting information about Lottery-funded projects. It has also dismissed appeals against these refusals, using sections of the Lotteries Act.

SANEF and Media Monitoring Africa are planning a legal challenge to the constitutionality of these sections. An opinion by the head of legal services in Parliament found that the NLC’s argument for withholding details of its grantees would not pass legal muster.

Next:  Dozens of brick and mortar homes built by occupiers demolished on Monday

Previous:  Family of 13 living in a shack have “tried everything” but “there are just no jobs”