Limpopo villagers have to buy their drinking water 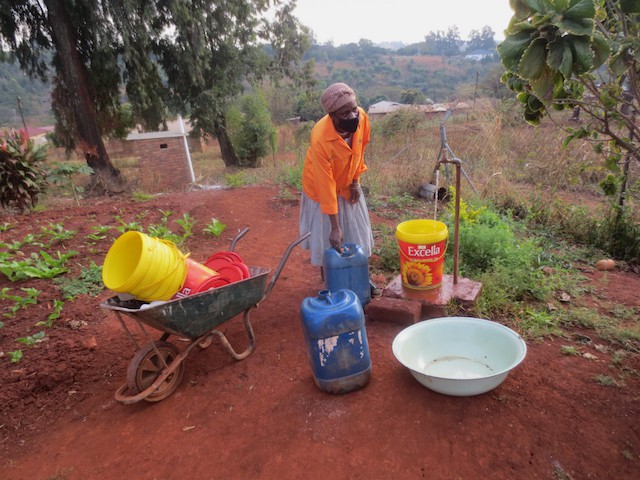 Evelyn Baloyi, like many villagers in Mabendenge, outside Louis Trichardt in Limpopo, has to purchase her drinking water from a resident who has a borehole. Photo: Bernard Chiguvare

To be the first in the queue to buy water, Evelyn Baloyi braves the cold weather at 7am. Like many villagers in Mabendenge, she buys it from her neighbour, who has a working borehole.

Baloyi fills several 25-litre containers for R2 each and transports them with a wheelbarrow to her home a kilometre away. She says the village had communal taps since the 1990s. But over time, these broke or were vandalised. People then resorted to getting water from taps at a nearby church. Later, the boreholes supplying the reservoir also stopped working.

The water has a yellowish colour. Some people boil the water before drinking it.

Mabendenge has about 500 homesteads, and the villagers say they have never been supplied by municipal water tankers since the taps ran dry.

Near the borehole there is also a stream, where GroundUp met Letween Mhlanga collecting water. She only uses the stream water for washing dishes and bathing. The area is bushy and she doesn’t feel safe. She sometimes waits for her husband or friends to accompany her to fetch water.

GroundUp has tried since last week to get clarity on what happened to the water supply. There has been no response from the Vhembe District Municipality.

“We really do not get any services from Vhembe District Municipality,” says Norman Mafuna, who lost his job due to the pandemic. He says he struggles to afford water.

Vhumbanani For Peacebuilding (VFP), an NPO in Elim, says it plans to approach the South African Human Rights Commission and the Public Protector over the lack of water in the area.

Tendai Chandigere, from VFP, says they have tried engaging the municipality but only got empty promises. “We would like to see these communities drink safe water,” she says. 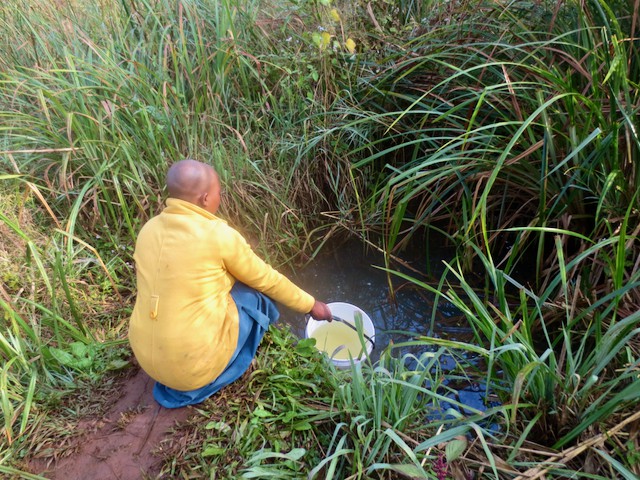 Letween Mhlanga collecting water from a stream. She will use for washing dishes and bathing. Photo: Bernard Chiguvare

Next:  Gauteng sewage has shown high rates of Covid-19 for three weeks

Previous:  Why Covid-19 vaccines should be compulsory