Limited Metrorail service is better than none

As services slowly resumed, Cape Town commuters generally obeyed the measures put in place to curb the spread of Covid-19 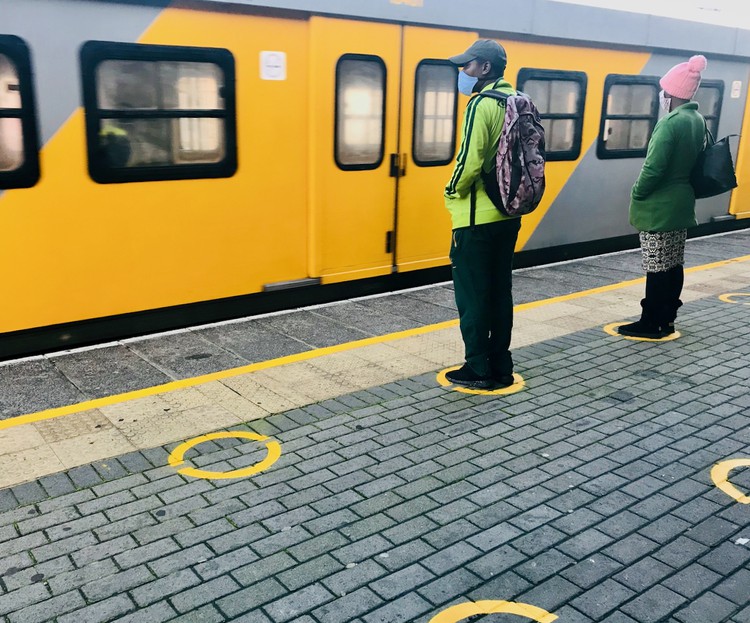 Metrorail commuters on the Southern line wait in demarcated places for a train at Salt River station. Photos: Tariro Washinyira

Metrorail commuters were relieved that even a limited service has resumed on the Southern line from Wednesday, 1 July, for the Cape Town – Retreat route.

Various measures to curb the spread of Covid-19 were in place. At 7am at Salt River station, the Voortrekker Road entrance was closed and only the Foundry Road entrance was open. Commuters’ hands were sanitised on arrival and there was a sanitising station inside. Police, security and marshals were visible. On the platform, yellow circles marked where people should stand.

There was only one commuter on an otherwise empty train to Retreat at around 7:17am. At 7:28am another train from Retreat to Cape town passed. The next was at 8:09am. It was more than half empty. Inside the train, every second seat was marked with “Do not sit here”. On the floor were yellow markers with painted footprints marked: “Please stand here.”

The train did not stop at all stations, missing Newlands, Steurhof and Wittebome.

At Retreat station,one exit and one entrance were open. After the train arrived at the station, it was sanitised for 30 minutes before returning to Cape Town.

Before commuters buy tickets, their temperatures are checked and hands sanitised. Return, weekly and monthly tickets will only be sold from next week onwards.

As the Cape Flats line is not operating, commuters take trains from Mowbray to Retreat. One woman said she saves R30 by taking a taxi from Athlone to Mowbray, then a train to Retreat.

Michael Smitten, who works in Steurhof, said he walked from Maitland (Northern line is not operating) to Salt River, but he said he is relieved some trains are back. He has been working for five weeks since the lockdown has been eased. “I have been using R1,000 per month for transport,” he said.

A dialysis patient at Groote Schuur hospital was taking a train from Retreat to Observatory. “When they start to sell monthly tickets next week, it will cost me R150 for the whole month. A weekly bus ticket has been costing me R146 which is a lot for me,” he said. He is living on a disability grant.

Spokesperson for Metrorail Riana Scott told GroundUp last week: “The Central line remains closed until the recovery of the line is complete. [There was] significant damage to the Northern line where stations are further apart and vandalism increased [during lockdown]. The Southern and Cape Flats lines also suffered damage but are being repaired to enable trains to operate while the Northern line is also attended to.” 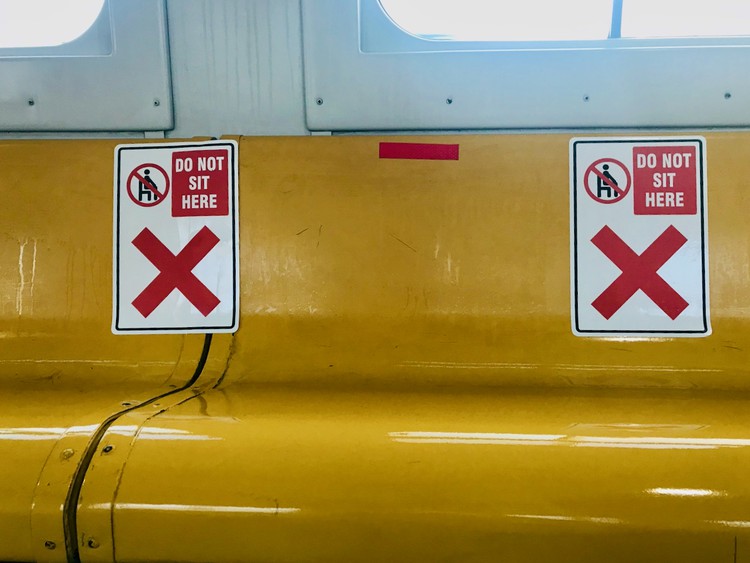 Seats in train carriages have been marked to create distance between people.