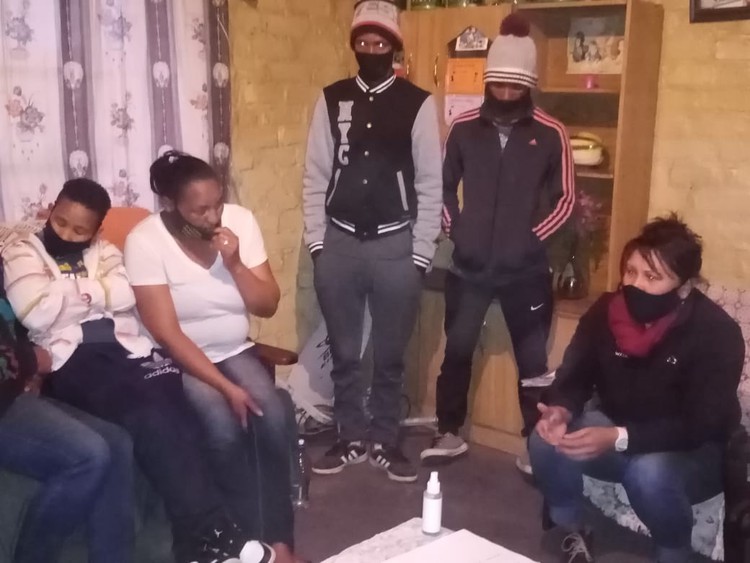 Naomi Betana of the Witzenberg Justice Coalition met with parents after the only accessible crèche in the area closed earlier in October. Photo: Supplied

A delegation from the Department of Labour will visit a farm in Ceres on Monday following complaints by farmworkers over the closure of an early childhood development (ECD) centre there.

The workers say that the crèche was closed unexpectedly by the Vergenoeg farm owners on 16 October. It was the only child care facility in the area and gave workers a safe place to leave their young children while they went to work.

According to parents, they were told the ECD centre closed down due to complaints. The nature of the complaints was not shared with GroundUp.

The ECD centre cared for seven farm workers’ children. According to Naomi Betana, a member of the Witzenberg Justice Coalition (WJC), a local activist movement, three people also lost their jobs when the crèche closed.

“Knowing the nature of farm working, living on the farm and having to go to work on the farm, the farmer needs to make provision for the children because there aren’t any nearby ECD facilities.

“Farm workers are worried about where to leave their children if they go to work. It’s not that they don’t want to go to work,” said Betana.

One of the workers, Marianna Van Wyk, said parents were not consulted on the decision to close the centre. “We tried to stop them but nothing worked. They had already decided that the crèche would close down,” said Van Wyk. “Apparently there were too many complaints and too many problems.”

Van Wyk said that they specifically wanted to know what the complaints were that led to the closure. “None of us knew that there was such a big problem that the crèche would close down on 16 October.”

According to Julia Joubert, human resource manager at Rora Orchards, which bought Vergenoeg around ten years ago, the decision to close down the ECD centre was not sudden. She said there were consultations and discussions long before it closed down and that they had even brought in an external consultant. “There is a long history of issues at the crèche,” she said.