Concern raised about missed production target, but Professor Glenda Gray says it’s a well-oiled company and they know what they have to do 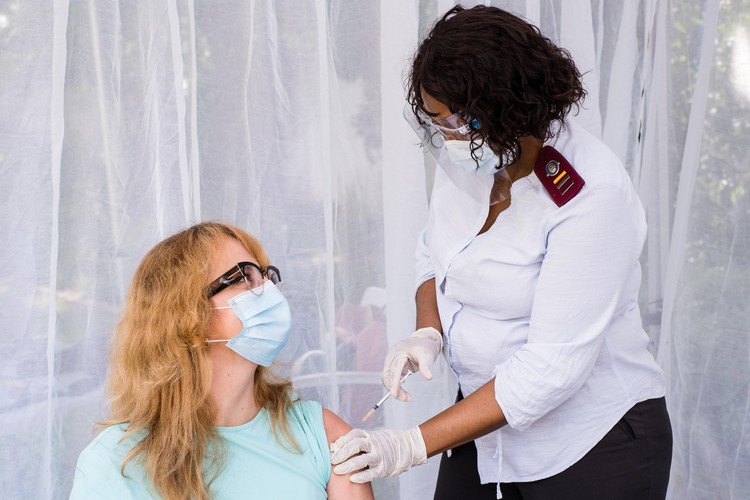 The Johnson & Johnson vaccine is effective against the strain of SARS-CoV-2 that is dominant in South Africa. Photo courtesy of Breadcrumbs (free to use)

Interim results from clinical trials of the Johnson & Johnson vaccine will be presented to the FDA on Friday 26 February in an effort to obtain an emergency licence for its distribution. The briefing document for the FDA reports 66% efficacy for all cases and 85% efficacy for severe cases, as well as a favourable safety profile.

This is the single-dose vaccine currently being provided to health workers in South Africa under a research licence. If an emergency licence is granted this would pave the way for its wider distribution here, pending approval by the South African Health Products Regulatory Authority.

While the results of the Johnson & Johnson trial were announced to the media a few weeks ago, this is the first time a detailed analysis of the data has been published.

A phase 3 trial is being conducted across the US (44% of participants), Latin America (41%), and South Africa (15%). It commenced in November and is ongoing, but interim data have been released to support the application given its apparent efficacy, particularly in terms of preventing severe or critical cases of Covid-19.

Analysis was based on 39,321 participants who were successfully followed, with a median follow-up time of two months post vaccination. Participants were provided with either the vaccine or a placebo on a random basis.

Although the average age of participants is 51, 35% of them are over 60. This is a much older group of people than that used in the recent local trial of the Covid-19 AstraZeneca vaccine. The South African government abandoned it plans to distribute this vaccine earlier in February after it showed vaccine efficacy of only 10% for subjects infected with the dominant South African variant 501Y.V2

Although it is designed to generate immunity against the SARS-CoV-2 spike protein, which mutates, it appears to retain its efficacy. Of the South African Covid-19 cases reported in the trial, 94% were of the variant.

The vaccine uses an adenovirus, a double-stranded DNA virus first discovered in 1953, as a vector for transferring viral antigens into host cells to trigger desired immune responses.

One concern though is that the New York Times reported on Thursday morning that Johnson & Johnson is behind on its production targets for the United States; this will likely mean a slow trickle of doses for South Africa. The state has rolled out over 30,000 of the 80,000 doses it has received but this is a tiny fraction of the need if we are to vaccinate in the region of 40 million people.

Professor Glenda Gray, president of the South African Medical Research Council and one of the local principal investigators of the Johnson & Johnson vaccine told GroundUp that the vaccine is ideal for an emergency because it is only one shot; we don’t need to organise bringing people back for a second one. She also said the data is robust.

Gray said Johnson & Johnson needs to accelerate production but it’s a well-oiled company. “There’s huge pressure on them but they understand what they have to do.”

The media has failed to warn society about climate collapse, says science writer