1,500 homes were promised. Four years later not a single one has been built 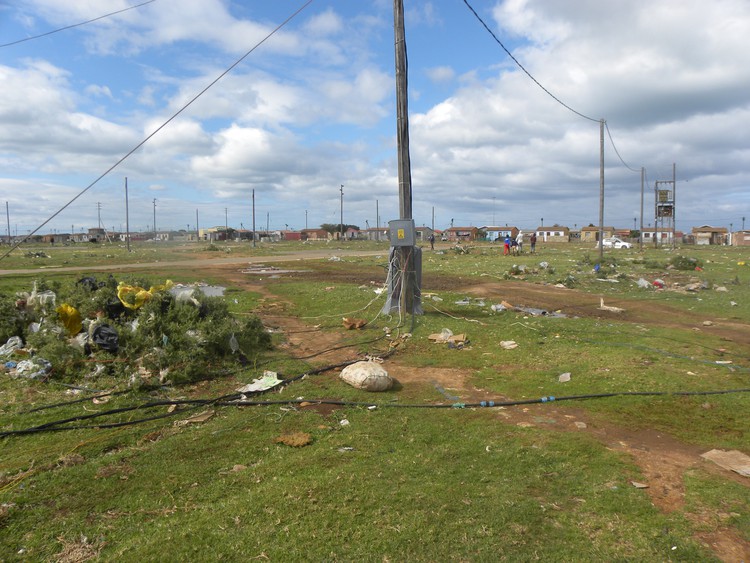 Four years after a ceremony to launch a new housing project this is what the area looks like. Photo: Joseph Chirume

With great fanfare, a new housing project was launched in April 2016 in Ocean View, Jeffreys Bay, by then MEC for Human Settlements Helen Sauls-August. About 100 people attended the ceremony. The mayor of the Kouga municipality was there too.

1,500 RDP homes were supposed to be built. Four years later, not a single one exists.

Electricity pylons have been erected. But this may be worse than nothing because the cables lie strewn across the ground. They are being used by people in a nearby informal settlement to make illegal connections. The municipal supply boxes and a substation meant to provide electricity to the yet-to-be-built houses have been damaged.

Masiza Mazizi is the spokesperson for the current MEC for Human Settlements, Nonkqubela Pieters. He blamed the delay on a disagreement between the department and the original contractor. He also said the problem of electricity theft is being handled by the Kouga Municipality and not his department.

Mazizi said that a contractor was appointed to install “internal services”. These are storm water, drinking water and sewer pipes. But he said there were disagreements over the prices and the contract was terminated. He said that a tender was then “finalised” at the end of 2017. The new contractor began work in June 2018 and the contract was for 24 months. The project was completed in February, just before the Covid-19 lockdown.

He said the department is now procuring service providers to design the houses and monitor the building. “Once the process is completed, the department will appoint a contractor to undertake the construction of the houses. Construction is expected to start in October 2020.”

According to a June report of the Kouga Municipality’s Department of Integrated Human Settlements the water, sewage and road systems are complete and cost R47 million. In the first phase of the project 200 houses will be built.

Joyce (surname withheld to protect her identity) lives in the neighbouring informal settlement with her two children in a three-roomed shack. They use the neighbour’s mobile toilet. She is worried about people’s safety because of the web of criss-crossing cables lying about. She wants the project to be completed so that she can have a house and buy her own electricity.

“We have to connect electricity illegally,” she said. “The municipality promised us that we will benefit from the Ocean View housing project but it is proving to be a pipe dream. There are more than 2,000 shacks in the area getting electricity from the housing project.”

Meanwhile, head of infrastructure and engineering for the municipality, Councillor Bryan Dhludhlu, said the Ocean View housing project will go ahead but the municipality has teamed up with police and the courts to ensure those who have stolen electricity are jailed. 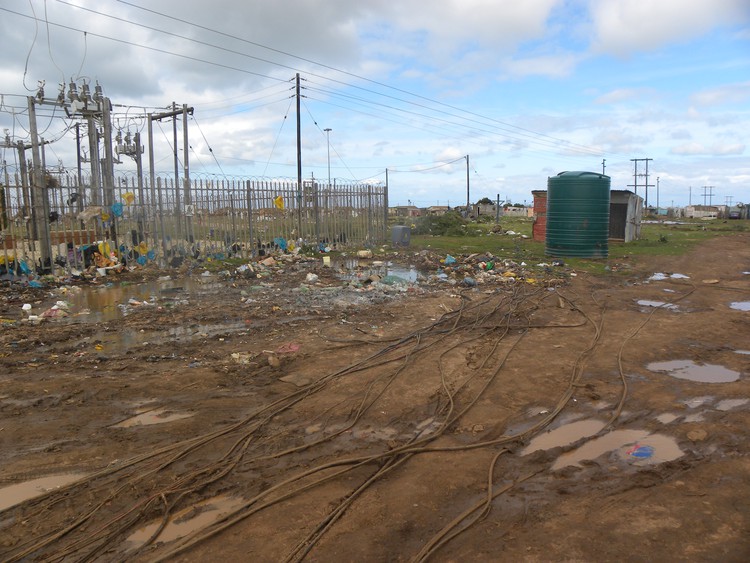 Next:  Alexandra gogo feeds families that “fell through the cracks” during lockdown