“I raised my children by selling home brewed beer”

Traditional beer is cheap and popular in Tsakane township

In the streets around Tsakane township in Ekurhuleni, Gauteng, people sit in groups of four or five, sipping homemade traditional beer (umqombothi), brewed from sorghum or pineapples. It is a treat for many older people who love the traditional taste and for people who cannot afford bottled beer. It is also the primary source of income for a number of beer brewers. GroundUp visited a few of these informal breweries in Tsakane. 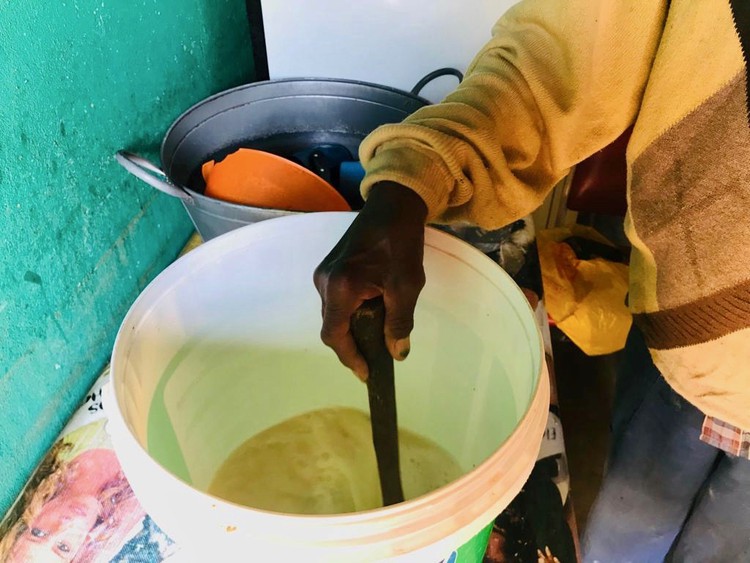 Nora Mkoko, a single mother of five children, lives in Extension 6 in the Langaville area of Tsakane. Her last formal employment was in 1998. She then got into the sorghum beer brewing business.

“I raised my children by selling umqombothi. Some of them went through college. As long as my business is booming, the sky’s the limit for my children,” she says.

“Selling traditional beer is not a dignified job. But times are hard. What else can we do?” she asks.

Her place is so busy with customers these days, she also buys traditional beer from a brewing company in Springs. 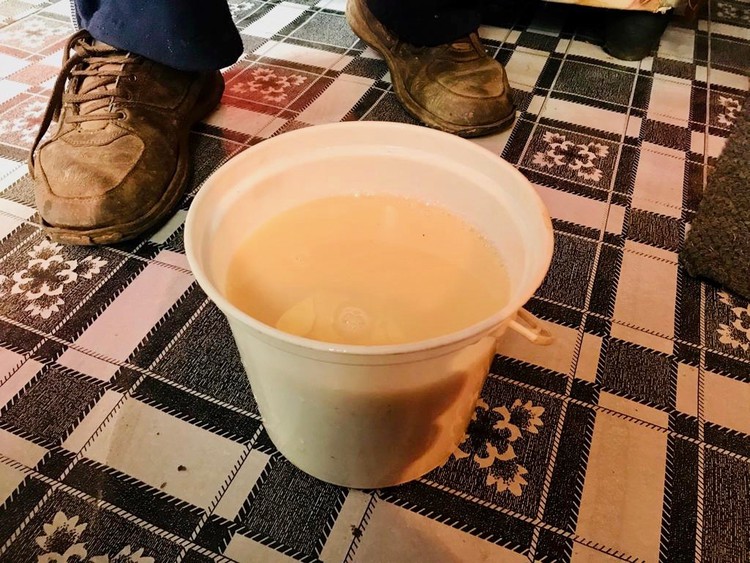 Thembekile Bafana, who is 73, lives in an old four-roomed house in the eMaskopasini area of Tsakane. His customers relax on benches. He has been making pineapple beer for 10 years. He buys most of his non-perishable ingredients at month end, when he gets his pension.

Ingredients for the beer are grated pineapples, yeast, flour, sugar and water. The beer must ferment for 24 hours.

“Drinking pineapple beer was once my way of drowning my sorrows. When l got retrenched as a contract mine worker, I had nothing to show for it. Broke, but with only R7, l was able to buy a whole two litres of this unique traditional taste,” he says.

The price of beer has since gone up; he now sells two litres for R14.

After he was retrenched, he struggled for years to find work. He decided to brew and sell pineapple beer.

On a good day, he can sell 40 litres of beer. Some customers arrive as early as 10am.

Bafana allows clients who don’t have cash to buy on credit. He doesn’t charge for this. “When a client owes me R200 for beer, it’s R200,” he says. 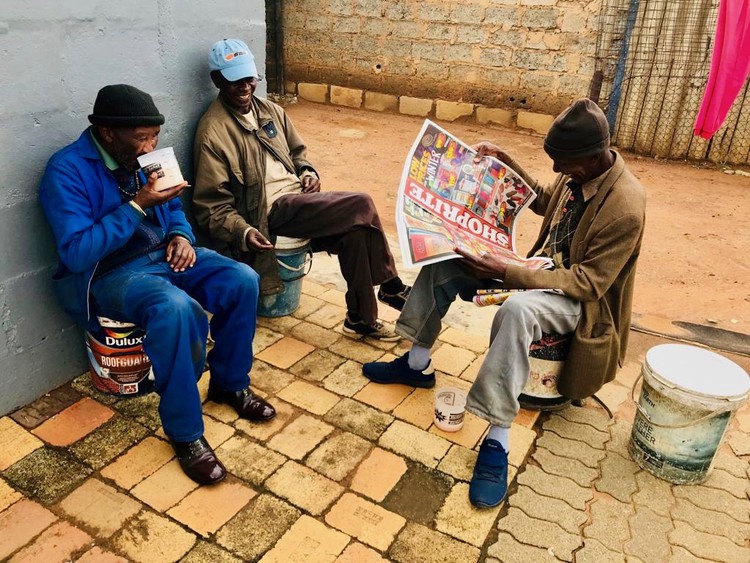 Johanna Mkwanazi has been brewing and selling sorghum beer for more than 20 years. She took over the business when her husband died and she was left with two small children. The children are now grown ups, but they cannot find work. She also looks after her disabled grandson.

“l raised my children through selling sorghum beer. Back then, l would sell up to 80 litres of beer a day,” she says.

But business has dropped off. She says there are too many places now. She has had to add to her income by collecting recyclables. Mkwanazi also gets a disability grant, which she has to renew every three months. 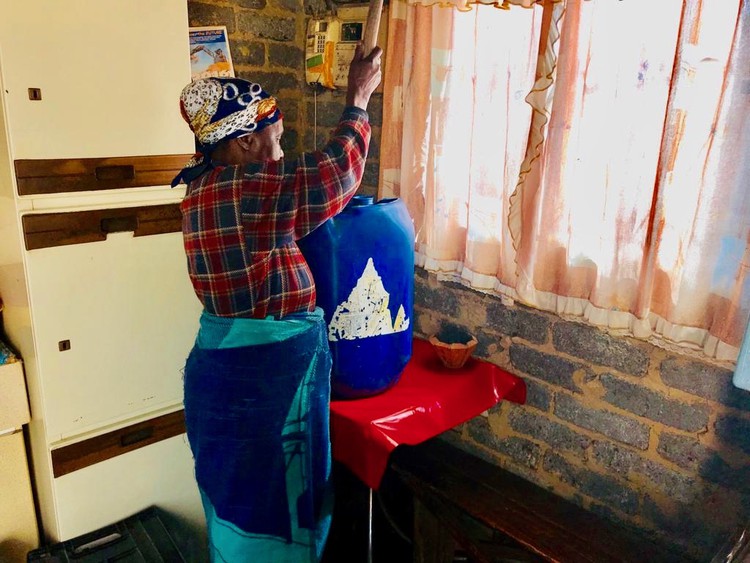 Nomgqibelo Dhlamini adds bread and yeast to her beer.

The shack in the backyard of Nomgqibelo Dhlamini’s small four-roomed house is a popular spot in the ToyiToyi area of Tsakane. She adds bread and yeast to her pineapple beer. Her customers sit on stools and pass around containers of beer.

Dlamini is 66 and lives alone. She says she has lost count of how many years she has been in the business. Her daughter sometimes stops by to help brew beer.

“Gone are the days when even poor people like ourselves could afford anything we want,” Tsakane resident Thembeka Kampe, who is 72, told GroundUp, while she was buying beer on credit.

Next:  Children locked out of school for late-coming