Home Affairs bureaucracy: Woman can’t get an ID or register her child’s birth 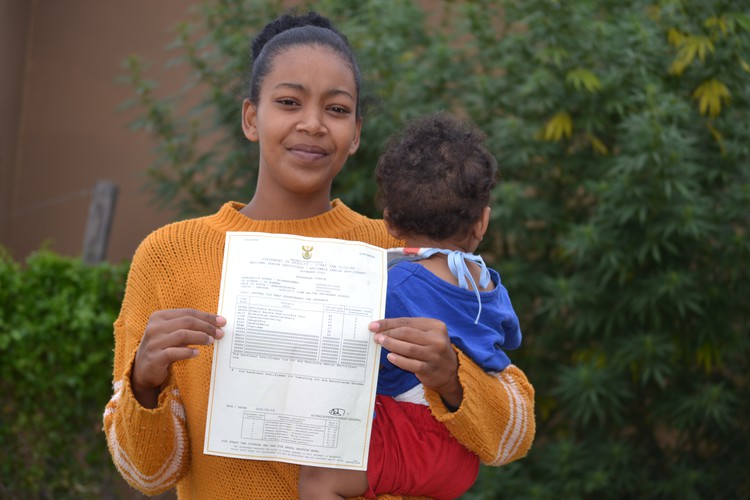 Tashreeqa Isaacs from Rosedale in Kariega (Uitenhage) has not been able to get an identity document or register her baby because she has the same name and date of birth as someone else. Photo: Thamsanqa Mbovane

The Department of Home Affairs is investigating the case of 18-year-old Tashreeqa Isaacs from Rosedale in Kariega (Uitenhage) who has not been able to get an identity document or register her baby because she has the same name and date of birth as someone else.

Isaacs, who recently passed matric, says she and her mother have been battling to get the issue resolved for years now.

Her mother, Bernadine Swartbooi, says the mix-up happened when she went to register Isaacs at Home Affairs when she was ten days old.

Swaartbooi says the official at Home Affairs mistakenly documented her daughter as male.

“When I enquired, they then blamed it on me. They said that on the application form I had filled in male instead of female. Who is so dumb to register a female as a male?”

Swaartbooi says Isaacs has been unable to apply for a child support grant for her one-year-old son simply because she does not have an ID.

Isaacs wote her matric exams last year (she failed two subjects but is planning to rewrite them). She says the man who shares her name and date of birth also wrote his matric exams. Her matric certificate has all zeroes where her ID number should be. “My life was upside down already,” she says.

“The department could not give me an ID and now I can’t even open a bank account. I learnt about [the person with the same name] from my school.”

Eastern Cape Department of Home Affairs spokesperson Gcinile Mabulu said they are looking into the matter.

Next:  “I gave up when they told me that I wouldn’t be able to write matric without an ID book”

When I went to apply for UIF, they told me that I was already on the system in Parow even though I was living in Bonteheuwel. That's how I found out there was another person with my name and the same ID number. The only good thing that came out of this was that Home Affairs made me a new ID. I still haven't received my UIF and I'm still waiting for my RDP house that I applied for 21 years ago. The change in my ID is causing big problems for me.