But leading scientist comes out in defence of MRC president 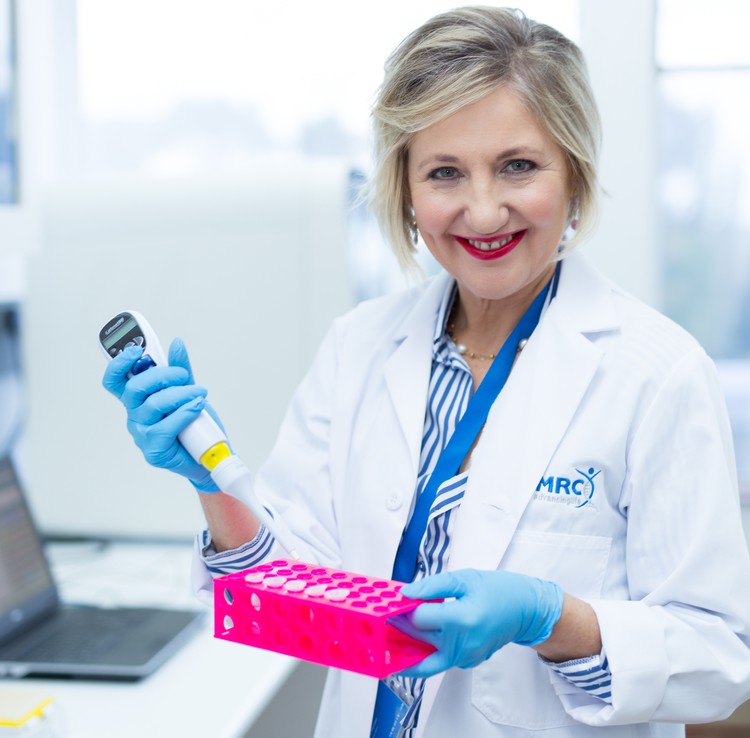 Dr. Anban Pillay, the acting director-general of the Health Department, has requested an investigation into the conduct of Dr. Glenda Gray, the president of the Medical Research Council (MRC), claiming that she has “made a number of false allegations against government”.

These concerns were described in a letter dated 21 May written by Pillay, addressed to Professor Johnny Mahlangu, chairperson of the MRC.

The letter states that allegations Gray has recently made in the media “are damaging to Government’s response to Covid-19”.

This comes after an interview with News24 in which Gray is quoted criticising the government’s lockdown approach as “unscientific”. Gray is quoted saying that it seems as if government is “sucking regulations out of their thumb and implementing rubbish”.

“These media statements cause confusion … and are likely to erode public support for behaviour change” the letter reads.

Pillay also states that he has received calls about Gray’s conduct as president of the MRC on matters other than her statements to the media.

“I therefore recommend that the Board investigates the conduct [of Gray] on this matter given the harm it has caused to South Africa’s Covid-19 response,” wrote Pillay.

Lwazi Manzi, spokesperson for the Health Department, did not respond to queries or answer calls by the time of publication. Neither Mahlangu nor Gray wished to comment.

Professor Linda-Gail Bekker, a leading medical researcher based at the Desmond Tutu HIV Foundation, has come out in support of Gray, describing her as a “national treasure”. She said that Gray had raised important issues for the “common good” and in the “best interest of the country”. The response should not be a witch-hunt but a discussion so that the government, including the Minister of Health Zweli Mkhize, can find the best way to respond to the epidemic. She emphasised that scientists must have the freedom to speak their minds.

Scientists must be allowed to express their views. We cannot afford witch-hunts

I don’t agree with everything raised by Glenda Gray in her interview with News24. It seems she made at least one factual error. But some of the points she made are spot-on and important contributions to the debate on how we respond to Covid-19.

Gray is a highly respected scientist and she should feel free to speak her mind, to criticise, without fear of losing her position as the head of the MRC. Of course she should also expect to be criticised in response, and Minister Mkhize has written an emphatic response to her criticisms, as he is entitled to do.

But Anban Pillay’s letter is troubling.

First, this appears to be improper interference. The MRC is a statutory body, but its Board must have independence from government.

Second, Pillay wrote: “Subsequently, I have also received calls from persons regarding Prof Gray’s conduct at the MRC on other matters which I will share once I receive more details from them.” This suggests the health department is willing to dredge up staff grudges against Gray, which exist in any large organisation, to try to get rid of her.

If Pillay succeeds in getting rid of Gray, it will not only result in the MRC losing the services of a first-class scientist, it will likely damage the morale of the institution for a long time to come. It will also alienate leading public health experts, many of whom are sympathetic to Gray, from government. We cannot afford that during this pandemic.

In 2001, an MRC study on mortality was leaked to the media. The study showed how HIV was killing hundreds of thousands of South Africans. The report was one of the most important published in the MRC’s history and it contributed to ultimately changing government policy for the better in 2003.

But its findings conflicted with the AIDS-denialist ideology of then President Thabo Mbeki and his health minister Manto Tshabalala-Msimang. So they pursued a witch-hunt for the leaker of the document.

There are similarities with what’s happening now. In both situations, instead of engaging with the content of what emanated from the MRC, the government opted for revenge.

I don’t want to overstate the similarities though. President Ramaphosa and Health Minister Mkhize are trying very hard to respond to the Covid-19 crisis even though government is making mistakes. So a comparison with Mbeki and Tshabalala-Msimang is not entirely fair. Also Covid-19, because of the speed at which it’s unfolding and our lack of knowledge about it, is a much harder problem to deal with than AIDS was in 2001, when the solutions were relatively straightforward. What needs to be done now is not at all obvious and reasonable people, like Gray and Mkhize, will disagree with each other.

But those disagreements are not necessarily a problem, even if they reach the public domain. On the contrary, this is an opportunity for a healthy public debate. Mkhize, Pillay and the other people in charge of the country’s response to Covid-19 need to participate in that debate, with thicker skins, and without rancour.

Next:  Doctors and nurses down tools at Eastern Cape hospital

What about our freedom of speech?

Are we as citizens no longer allowed to voice an opinion which is in conflict of what the government is doing? Anyone in leadership should know that everyone will not always agree with you.

Good and transparent leadership requires that we listen to everyone, including those who oppose us and if necessary, make the adjustments for the best of those who follow.

This is not the first time that people who stood up for what is right are being intimidated. How many man-hours will now be spent in 'investigating' someone who tried to make a point?

By 'investigating' Dr Gray the government is sending out a message to all citizens that whoever does not bend the knee to them will be treated as an enemy.

Dr Pillay is the villain, not Dr Gray

Dr Anban Pillay, the acting director-general of the Health Department, is trying to silence the whistleblower, Dr Glenda Gray (or is it shoot the messenger?).

If the government wants public support, it needs to be rational, transparent, cooperative and not authoritarian. It needs to take South Africans into its confidence with proper, rational, adult explanations for its decisions.