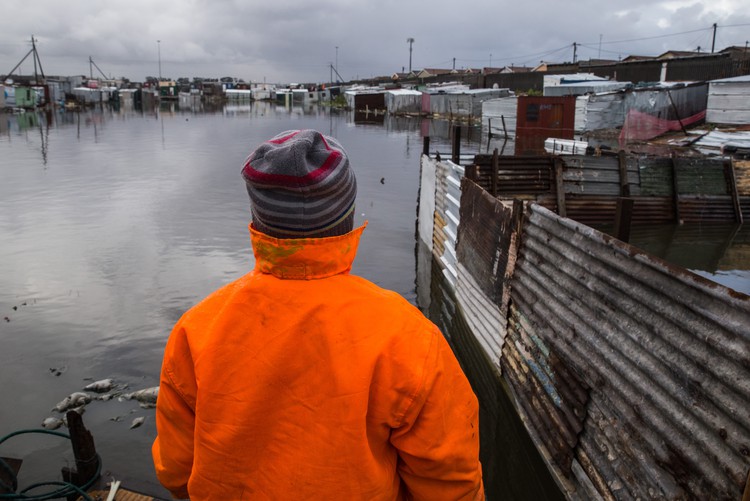 Waterfront informal settlement has had severe flooding. Fundiswa Mahawuza’s two young children were sleeping on the wet ground and her bed is soiled.

After being flooded out, residents of Waterfront informal settlement, in Philippi East, Cape Town, attempted to occupy nearby land on Wednesday.

There are about 130 families in Waterfront, which lacks adequate sanitation and has no electricity.

Established on City-owned land in May 2019, this is the first deep winter experience for its residents. An area covering about ten shacks is now completely flooded. 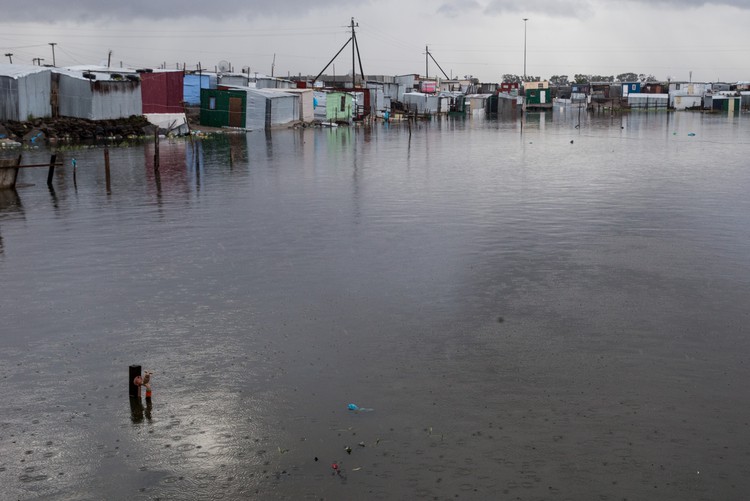 One of the taps that residents use. Someone has added a pipe to access the water.

Resident Fundiswa Mahawuza said she and other leaders had asked the ward councillor for help during last month’s flood, but he told the land occupiers they had been warned that the land was unsuitable for habitation.

The land the flooded out residents then tried to occupy is the private property of Philippi Village (Pty) Ltd.

The head of security for Safety Lab, contracted by Philippi Village, Nathaniel Roloff, said the wall separating it from the City land of Waterfront had been broken through. 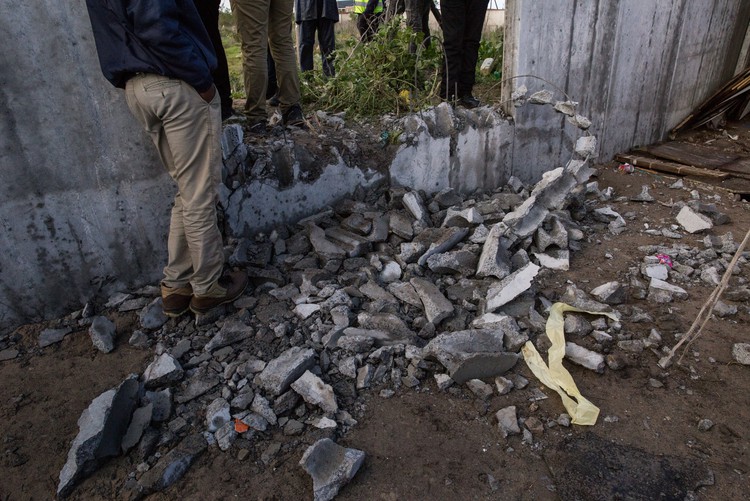 A wall leading onto the Philippi Village property was broken in the attempt to occupy the land.

Roloff addressed those attempting the land occupation: “We also care about your well-being and have been engaging the City for the past six months with no success. We are still in talks with them.”

He said the flooding was caused by a blocked drain. “The City must come and unblock that drain and pump the water out,” said Roloff.

He told the crowd not to attempt to occupy the Philippi Village land. “No one here has authority to allow you onto this property. You made this decision which is hostile and damaging to the property. If you move to this property, the police will have no choice but to remove you.” 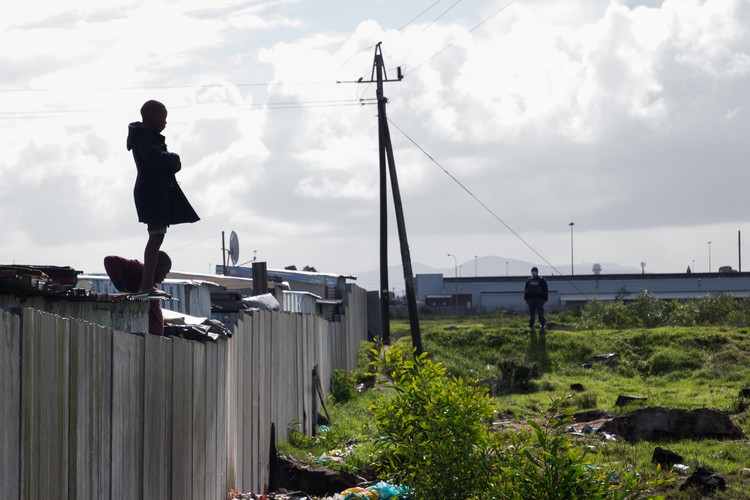 A child stands on the wall while a police officer observes the occupation from afar.

The crowd chanted in response, ignoring his warning. One of those protesting, who refused to be named, said: “My wife is seven months pregnant. She is very stressed. We are asking Philippi Village to allow us to take all the shacks that are at the centre of the floods to their dry land. We will then bring back the shacks, after the water is pumped from our original place of occupation.”

Police monitored the situation from a distance. By 2pm, occupiers had descended on the land and appeared to be choosing plots.

On Thursday morning, Roloff said Philippi Village had provided 20 tents to flooded out residents and was negotiating with the occupiers and the City to find a solution.

Next:  Humewood police accused of using coronavirus as an excuse to get off duty