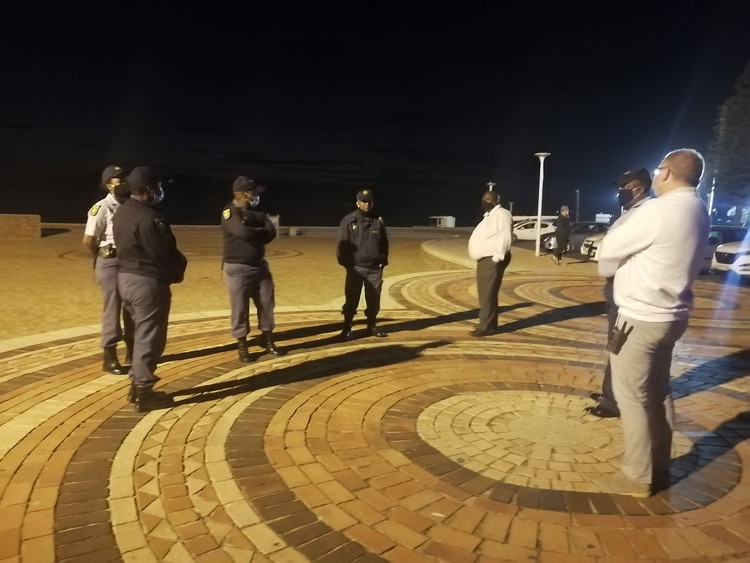 Humewood police station officers are refusing to go back to work after a colleague tested positive for Covid-19. Photo: Mkhuseli Sizani

About 16 officers at Humewood police station in Port Elizabeth have been refusing to report for duty since Wednesday. They are demanding to be tested for Covid-19, quarantined, and the entire station shut down for deep cleaning. This is after one of their colleagues tested positive for Covid-19.

However, both the national police department and the Police and Prisons Civil Rights Union (POPCRU) have dismissed the officer’s demands, saying it is unnecessary since the officers did not come into direct contact with the staff member who tested positive.

Management has closed the Community Service Centre (the charge office) where the member had worked.

The 16 officers were expected to resume their duties at the Ski Boat Club opposite the Boardwalk Casino, but by 6am on Wednesday, they were standing outside the building in the parking area.

Speaking to GroundUp on condition of anonymity, a police officer said, “Management said the closure was only for decontaminating the office where the member works. This decision shocked us because other police stations were closed and members were tested and some went in isolation. We were then deployed at those stations for two weeks until all those members were cleared.”

The police officer said the member who is positive was in direct contact with detectives and the human resources departments. “These departments are still operating as if the member did not visit them. This shows negligence because we are expected back to work at the station on Friday.”

POPCRU provincial secretary Zamikhaya Skade said it was not necessary for the entire station to be shut down. “In this case I was told [on Tuesday] that the member only worked in that [charge office]. The situation at New Brighton Police Station was different because that member was in contact with many staff and that resulted in the shut down,” he said.

“Members like to use the quarantine for leave purposes. Some of them don’t want to wear the mask; they claim it suffocates them. But the masks are for their own safety. This virus is dangerous,” he said.

Naidoo said it was important to stress that it is not necessary to close the entire station nor is it necessary to send all the members for testing.

Next:  In photos: Cape Town flooded