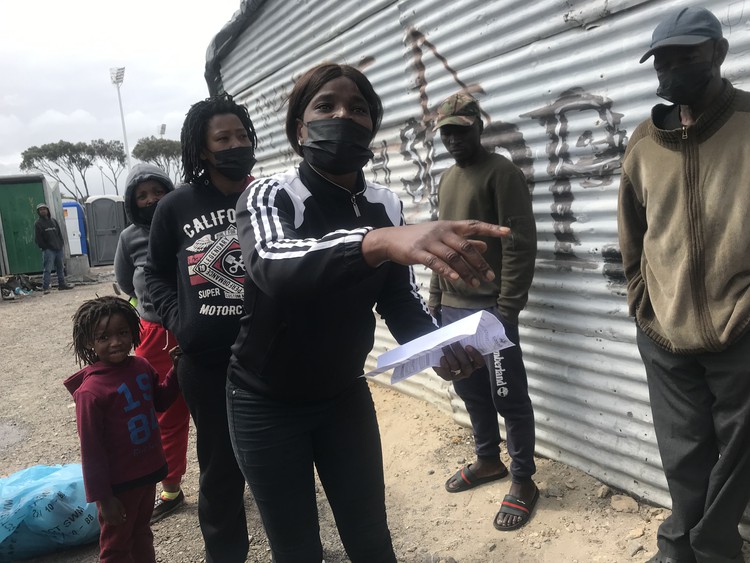 Vuyokazi Ngxazozo holds the approval form for her R1,780 grant, which she had not received, two years after the fire in Vygieskraal. Photo: Tariro Washinyiara

Dozens of victims of the fire which destroyed 200 homes in Vygieskraal informal settlement in Cape Town in October 2019 have had to wait two years for their R1,780 Social Relief of Distress grants to be paid by the South African Social Security Agency (SASSA).

Several families spent weeks in Silvertown Community Centre Hall in Athlone after their shacks were destroyed in the fire.

According to the City of Cape Town, the settlement was established 33 years ago and has about 835 residents.

One of the affected residents, Gamza Colby, contacted DA Shadow Deputy Minister of Social Development Alexandra Abrahams for help getting the SASSA grants. Abrahams said she had contacted SASSA in June. “Since then it has been a constant back and forth with SASSA.”

“SASSA’s excuses range from resident contact details having changed, lack of cell phone numbers to send the SASSA SMS, details needed to be manually captured onto the SOCPEN [the Social Pensions electronic database] system, SRD value in 2019 differs to that of 2021, to staff shortages as a result of the Covid pandemic,” Abrahams said.

Abrahams said on 24 August she had submitted an updated list of contact details to SASSA. Since then 57 residents had been paid through the post office and 62 were still awaiting payment through bank accounts.

Resident Xolile Magogoqoza said he had opened a bank account but had not received money yet. “We are poor and unemployed. We opened the bank accounts but we haven’t receive anything. How could SASSA ask us that? Now we owe bank charges.”

Vuyokazi Ngxazozo said she had been often to the SASSA offices in Athlone, and as early as 5am, to ask for the grant.

Provincial SASSA spokesperson Shivani Wahab said on 27 October that 118 households had applied for once-off cash payments after the fire.

Wahab confirmed that 57 families had been paid through the post office. She said 61 families had not been paid. Some were to be paid on 28 October 2021 and the other 40 families would receive their payment after verification of banking accounts, she said.

She said, “After the beneficiaries’ details were approved and uploaded on the system, SASSA had to run account ownership verification through the National Treasury to prevent monies being paid into wrong accounts. This process normally takes about two days but it was delayed there.”

Next:  Makhaza finally gets a temporary police station

Previous:  Parole board told to explain why repeat sex offender was released from jail