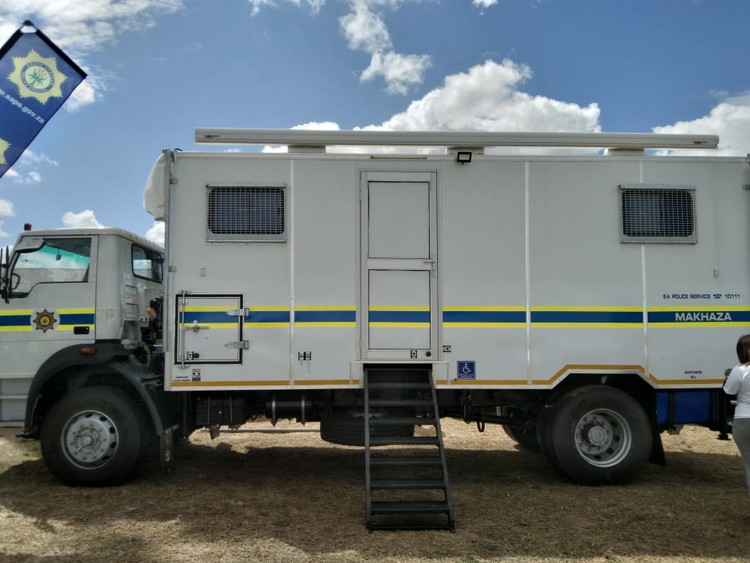 Makhaza in Khayelitsha, Cape Town has been provided with a mobile police station after years of campaigning. Police say plans for the construction of a permanent police station are still underway. Photo supplied by Nosiphelele Msesiwe

Residents of Makhaza have finally been provided with a mobile police station after years of campaigning.

Residents previously had to walk long distances to the nearest station in Harare.

Residents have been campaigning for a police station for Makhaza. In his budget speech in Parliament in May 2018, Minister of Police Bheki Cele said Makhaza would get a station by 2022. This is in line with recommendations of the Khayelitsha Commission of Inquiry. A site for the police station was identified back in 2004. In April this year, police spokesperson Andre Traut said the station was “in an advanced planning phase”.

Ward councillor Danile Khatshwa, who has also been campaigning for a police station in Makhaza, said the mobile station would only provide document certification or the registration of complaints and opening of dockets. Dockets will still captured electronically at the Harare police station.

Police spokesperson Brigadier Novela Potelwa told GroundUp this was a “temporary measure to bring policing services to the community while plans are afoot for the construction of a permanent police station at a site already identified in the area”.

Potelwa said that by the end of November 2021, ten more police vehicles would have been assigned to the area. “Meanwhile the construction of a building that will house the police station is still on the SAPS priority list,” said Potelwa.

Next:  You might need to pitch up at 3am if you want something from this Home Affairs office