Miners in Benoni say police confiscate their gold unless they pay 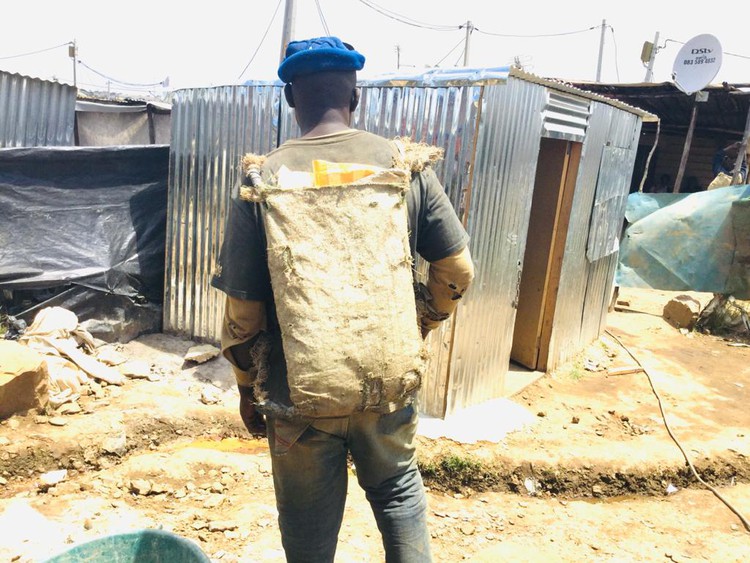 Informal miners operating in Benoni town have accused police officers in the area of demanding bribes to release gold or other material seized during raids against illegal mining.

The miners say that during raids they are subjected to intimidation and extortion at the hands of rogue officers. This has made it more difficult for them to make enough money to send home to their families, they say.

The informal miners, who are mostly from Zimbabwe, Mozambique and Malawi, risk their lives underground in abandoned mines. Most of them are unemployed because they do not have legal documents to stay and work in South Africa.

The men GroundUp spoke to said they used secret routes in the woods to avoid police while going to the mines but over time, police officers had caught on and now waited along some of the routes to confiscate their goods and threaten to arrest them.

The miners who have their gold processed in areas like Kingsway, Daveyton and Cloverdene said they are constantly on the lookout for police.

“Every week officers threaten to arrest us if we don’t give them money. If we refuse to pay, they take our material, only to release it after we pay,” said Lucky Sithole, a miner from Chimanimani, Zimbabwe.

He has been a miner for over five years. On Saturday, Sithole said, he was on his way back from a mine in Cloverdene when police officers stopped him and confiscated his materials. He said they demanded money in exchange for his items.

“I had a 12,5 kg sack of phenduka soil (unprocessed gold soil) when they stopped me. They took the sack from me and told me to lie down on the ground. They then asked me to give them R500 if I wanted the sack back, or face arrest.”

“I had to call one of my gold dealers to come and rescue me and pay the money,” he said. Sithole said the money he makes from mining goes to his wife, children, and elderly parents in Chimanimani.

He said that besides having to bribe police, he often has to give some of his soil to Basotho gang leaders who have claimed the territory. “It’s really difficult to survive now. I survive from hand to mouth and sending money home is no longer easy,” he says.

Manex Madiwandicho, also from Chimanimani, said he keeps money on him to bribe police. “It’s better to have some money than lose everything. If you give them money, they leave you alone.”

Mandiwacho said he recently bought back some of his equipment from police after a raid in Cloverdene last week. “They came and fired warning gunshots. Most of us ran away. They later came back and asked each person to pay to get their equipment back.” He said that he has thought of quitting many times, but he has no other way to support his family.

In response to several questions about the raids and about the allegations against officers in the area, police spokesperson Kay Makhubele said complainants should come forward and lay charges. “Police normally conduct raids on illegal mining operations after receiving tip-offs. However, we have not received any formal complaints of police taking bribes from informal miners”, Makhubele said.