First album is out, but their teacher is not there to see it launched 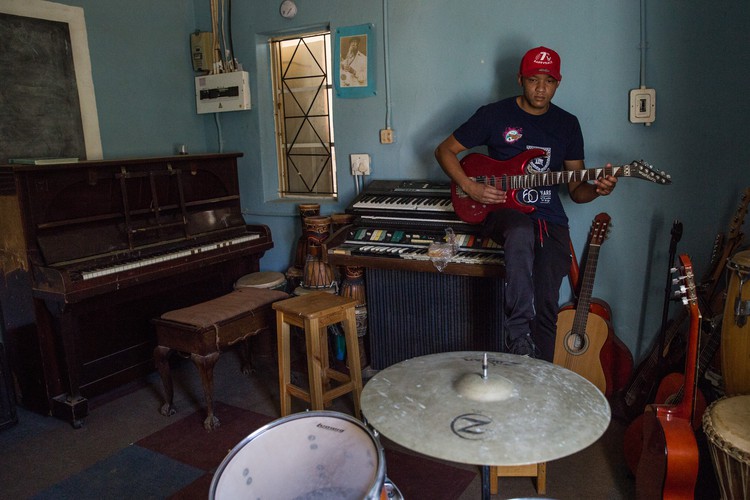 Dylan Hess of ‘The Jazz Monkeys’ in the room where the music programme is run at Net vir Pret. Photo: Ashraf Hendricks

Barrydale musicians The Jazz Monkeys are about to release their first full length album. But had it not been for the chance passage of a group of cyclists, their band might never have got off the ground.

Part of this year’s Barrydale Reboot Eden event will be the release of the Jazz Monkeys Celebration: 10 Years of the Barrydale Puppet Parade.

Featuring 16 original songs, the album has music and performances by young musicians from programmes at Net Vir Pret, a non-profit company which focuses on youth in the Overberg region. The songs, written for the annual puppet parade, are an eclectic mix of genres, from a riel dance to a slow ballad and a 1980s futuristic synth pop track with a rap element.

The music programme was started by Gari Crawford, a music teacher who moved with his wife from Cape Town to Suurbraak near Barrydale. He brought along several instruments and when he ran a music workshop with young people from Net vir Pret, the appeal was immediate. He “cooked up such a storm with the kids,” said Derek Joubert, administrator of Net vir Pret. A post was quickly created for Crawford and he joined the Net vir Pret family. The problem was they needed instruments. 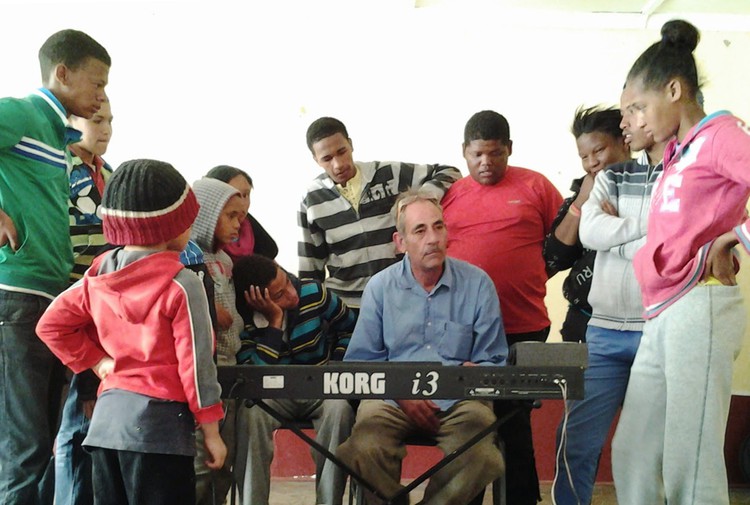 As chance would have it, a group of cyclists made their way through Barrydale. They visited the Net Vir Pret offices and saw the kids performing and dancing. “They passed a hat around and we got R10,000,” said Joubert. “We spent it all on instruments.”

“The first thing we did was the bass riff of Manenberg (Abdullah Ibrahim)” said Dylan Hess, who plays bass and does vocals in the band. Although Hess came from a musical family, his family never had the time to teach him.

In 2013, just eight months after the music programme started, the group were on track for their first live performance with the Barrydale Puppet Parade. At first they called themselves “The New Dynamics”, but the director suggested that they dress up as monkeys as part of the parade. This was the first time the entire community would see them perform. They loved the name Jazz Monkeys and it stuck, Hess said. He was only 15 at the time.

Writing for the puppet parade is a special skill, he said. “You have to imagine you’re the puppet.” Sometimes they have only two months to write the music, create the sound effects and rehearse.

Crawford had always wanted to produce an album with the music they were producing, said Hess. And finally, after seven years, the album was completed. Two weeks later, on 13 October, Crawford was teaching “as usual”, said Joubert. “On the way out … he played Manenberg on the piano and off he went home.”

That evening Crawford had a stroke. He died the next day in hospital.

Hess’s standout song on the album is one he wrote with Gari, called Last Season. It was written for the 2019 parade, The Final Spring, which focused on climate change. But for Hess, the song is symbolic of how difficult things have been this year. “Sometimes in life you go through a lot of stuff … But don’t let that get you down. Don’t let this be your last season.” 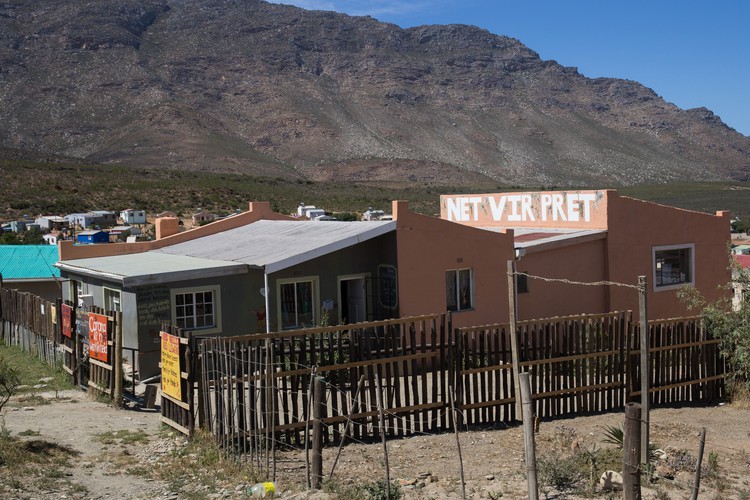 In 2013, Net vir Pret was operating from a small township house. Today the building has grown and has space for a music class. Photo: Ashraf Hendricks

More about Spotlight on Barrydale