Eskom users, fined for bridging electricity, beg to be reconnected 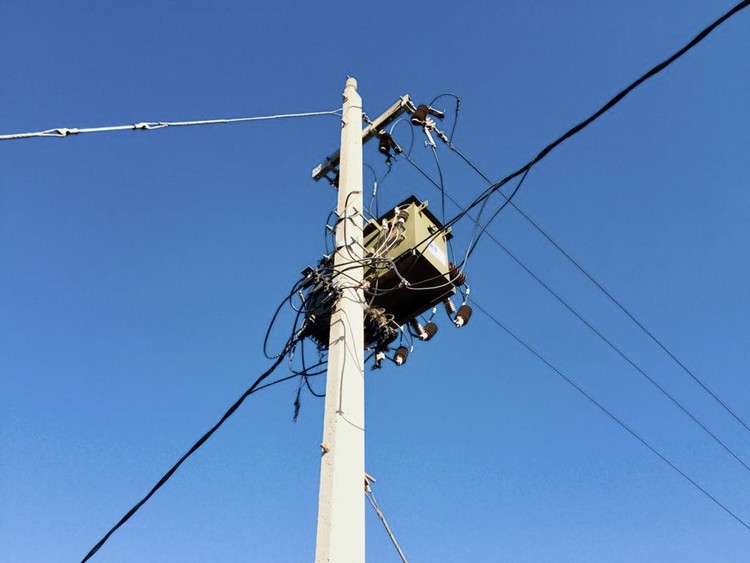 Over 120 households in Orange Farm, Johannesburg, are without electricity, many for over two years. Photo: Kimberly Mutandiro

Over 120 households in Orange Farm, Johannesburg, are without electricity, many for over two years. They say efforts to get the electricity restored and ongoing protests have been fruitless.

Eskom has fined these residents over R6,000 each. This must be paid or a payment agreement signed before the utility will switch their power back on.

Eskom spokesperson Tumi Mashishi said, “The amount of R6052.30 is a remedial fee for customers that have bridged their meters and are purchasing their electricity tokens from illegal vendors. These customers would have tampered and damaged the Eskom electricity equipment and [have been] consuming electricity for free.”

“Due to illegal connections and meter tampering, there were a high number of transformer failures in the area.

“Nonetheless, Eskom attempted to replace these transformers by firstly addressing the root cause of the failure through audits, disconnecting illegal connections and tampered meters.

“This was however not well received by the community, hence the process could not continue.”

Mashishi said Eskom was busy removing illegal connections, fining those who had tampered with their connections, and entering into a payment arrangement for settling the remedial fines over six months. Once this was all agreed, Eskom would replace the blown transformers.

In the meantime, life has been hard for residents left without electricity.

We met Amelia Mbetem sitting in the sun opposite her house in Extension 4, trying to keep warm. She has not had electricity for the past two years. She is using a smoky coal stove which is not good for her as she has chronic health problems. She says she can’t pay the fine.

“The money needed for us to have our electricity back is too much as no one in our home is employed,” says her son Yanga Mbete.

Gladys Mkoyana walks around the township collecting bits of timber and plastic to burn as fuel for cooking. “My feet hurt and my chest is heavy from walking. Coal and paraffin are costly. Firewood has been scarce because everyone is looking for it. Being out and about is not good for me as l am sick,” she says.

Elizabeth Khumalo, 67, says, “The electricity went off in June two years ago. We have tried all we can to get Eskom to connect our electricity. I even paid small amounts of money during the first months. Eventually l stopped because the money is too much as l am a pensioner.”

Sifiso Mthembu said, “We are now tired of protesting; roads have been blocked and tyres burnt but to no avail … Eskom said we are owing them money … But where will poor township people like ourselves get the money from?”

In Extension 3, where 60 houses have not had electricity for over a year, children fetch and carry firewood for their homes.

Some residents admitted that almost 90% of people in the area used to “bridge” electricity illegally.

“Eskom if we have sinned please forgive us,” said resident Cathrine Vundla. “I personally have been praying for the electricity to come back but l have run out of words, [my] prayer candles have burnt out.”

Johannes Msipi said he had started bridging electricity because he could no longer afford the rising cost. “Inside l knew the truth. Eventually Eskom caught up with me. We are just asking for them to feel for us. Not having electricity is indeed punishment.”

Ward 4 Councillor and regional ANC chief whip Simon Mlekeleli Motha said, “All six wards in Orange farm are affected. Negotiations for a deferred payment arrangement are currently underway with Eskom because the majority are not able to pay the requested amount.

“We have sent a report to Eskom requesting that new meters are installed in the houses free of charge. Hopefully, we should have a response from them by Monday next week. Because there is a backlog, we will start with the oldest on the list as some households have been in the dark longer than others.”

Next:  Lockdown in pictures - Day 112: Burying our internet cables