Dumped and abandoned: the fate of those evicted from JHB’s inner city

City threatens to evict people who have already been evicted 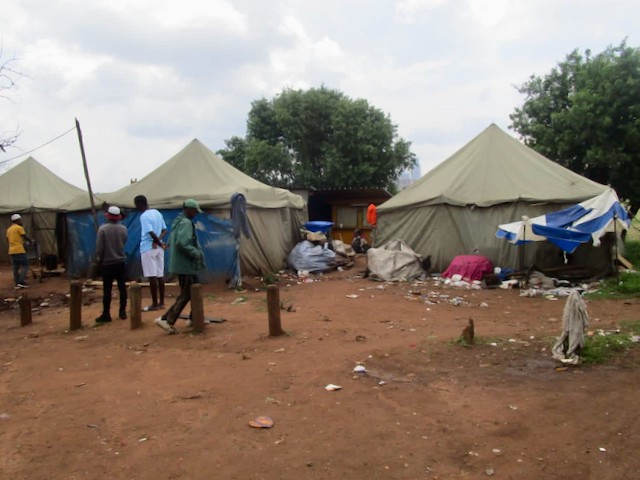 About 300 people who were evicted by the City of Johannesburg five years ago say they were dumped at “Wembley shelter” and forgotten. Photo: Kimberly Mutandiro

Just off Turffontein Road next to Wembley Stadium in Johannesburg, a rubbish strewn, gravel path leads to what has become known as Wembley shelter (not to be confused with the NPO-run Wembley Stadium homeless shelter). There are trenches with urine and faeces.

In an open space, there are tents and makeshift shacks, and opposite the tent camp is an old brick building. This is the squalid home of about 300 people – Tanzanians, Malawians, Zimbabweans, Mozambicans and some South Africans – evicted five years ago by the City of Johannesburg and “dumped” here. Some homeless people off the street have also moved into the building.

People share tents and rooms, dividing personal space with curtains. They rely on informal electricity connections. There is no proper sanitation. In the building the toilets are blocked; the bathrooms filthy. Outside are five chemical toilets shared by the community which are often full.

Most of the residents are unemployed. Many hustle on the streets to earn a living. 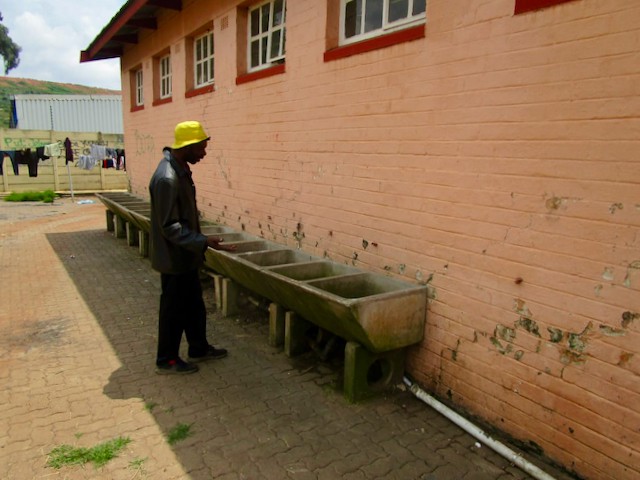 According to SERl, the evictees were placed here when the High Court ordered the City to provide temporary emergency accommodation. Five years later they are still at the “shelter” with few prospects.

Candidate Attorney for SERI Tebogo Tshelo, who handled the case for residents evicted from Fattis Mansions from 2017 to 2021, says efforts to get the City to provide better accommodation and services have been fruitless. 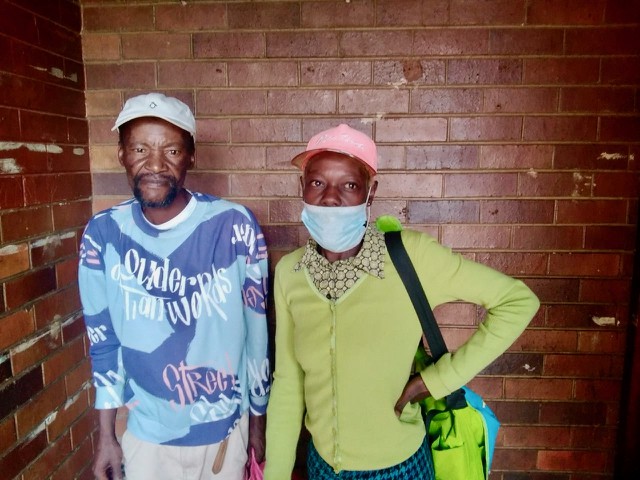 Samuel Myanda and his wife, Lebogang, registered for an RDP house before they were evicted from the inner city

An asylum seeker from Zimbabwe who shares a room with four family members, said, “To think that we once had homes of our own … The conditions we live in are not even fit for animals.”

“The City was ordered to give us a secure place to live, but now we have thieves and drug users living with us … Homes are broken into and some drug users have been found dead,” he said.

“All we want is to live in a dignified way. Daily we miss our old homes and wish we could go back, but that is no longer possible,” he said.

Samuel Myanda, his wife Lebogang and their two children had their home broken into earlier this year and their possessions stolen. They had registered for an RDP house years ago before the eviction.

They survive by selling second hand clothes. Myanda says he applied but was not approved for a Covid grant.

A Tanzanian man, who lives with his South African partner and their three children, has been struggling —- like many others —- to renew his asylum papers because of the closure of the Johannesburg Refugee Centre. The couple want to get married.

“We have big dreams. But how can those dreams come true while living in a place like this? We have people urinating and defecating everywhere. The City promised to make our place here worthwhile, but it’s the exact opposite,” he said.

They survive by running a stall in central Johannesburg.

Khululiwe Bengu from SERI said, “This has become a common problem around Joburg. There are several shelters where the City has abandoned evictees without services.”

But Nthatisi Modingoane, spokesperson for the City said that there was no other facility to move them to. “The City has been continuously refurbishing the toilets and living conditions. Unfortunately, they are being vandalised by the people who live in the facility.”

Modingoane said the facility was a temporary emergency accommodation (TEA) and only meant for 12 months, during which time people should have found their own accommodation.

“The City will start the eviction process in due course, so that the facility can be made available for the next group of evictees that require TEA.”

“It should be further stated that 95% of the residents in the facility are undocumented foreign nationals,” said Modingoane. “Several attempts were made by the City and Home Affairs working together with their embassies to assist them with documents. Unfortunately, they rejected the assistance.” 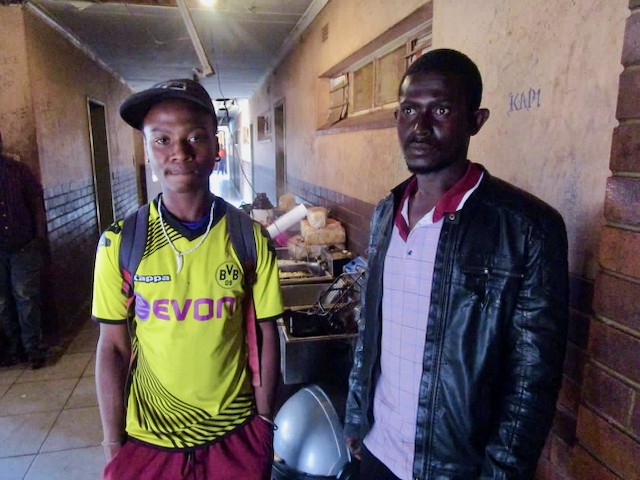 Saidi Hassani and Moses Radebe run a take away inside the building. Hassani took Radebe in off the streets and gave him a place in his home with his family 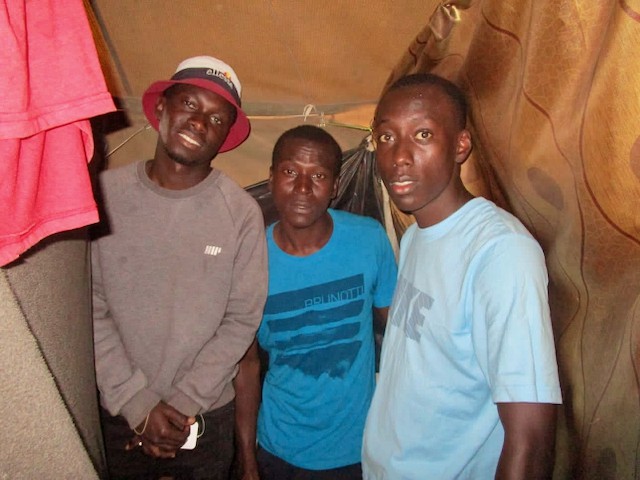 Avid soccer players Pasco Katamo, Sylvester Limbanga and Sande Limo, originally from Dar es Salaam, live in one of the tents. The three young men play in soccer games hosted by small clubs at the Wembley Stadium. Limbanga says his asylum document was burnt at Cape York Building in Hillbrow where he used to live.

Next:  Scrapping Zim permit will cause humanitarian crisis, warn activists