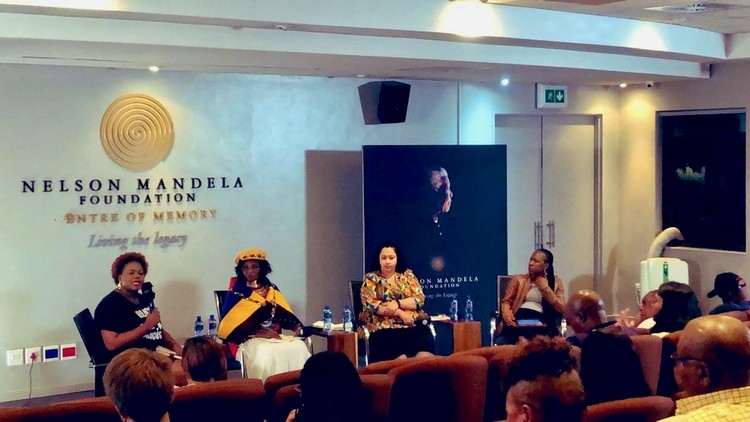 “We sacrifice everything to make sure the homes of our employers are in top shape. But no one cares about us,” says Eunice Dladla, of the South African Domestic Service and Allied Workers Union (SADSAWU). This was the feeling expressed by several domestic workers at a dialogue for workers, unions and government representatives on matters affecting domestic workers, held on Wednesday at the Nelson Mandela Foundation in Houghton.

The dialogue was given the title, “Two Years after Mahlangu”, referring to the case of Mahlangu and Another v Minister of Labour and Others. In its ruling on the case in November 2020, the Constitutional Court declared invalid a section of the Compensation for Occupation Injuries and Diseases Act (COIDA). The section had effectively excluded domestic workers employed in private households from claiming compensation for workplace injuries.

The court order was made retrospective, allowing claims to be lodged by domestic workers and dependants, who had experienced work-related injuries, diseases or death from 27 April 1994 onwards.

Pinky Mashiane, president of United Domestic Workers of South Africa (UDWOSA), urged President Cyril Ramaphosa to sign the amendment bill for COIDA into law. (Parliament sent it to the President for assent in September 2022.)

“In the two years since the Mahlangu victory, fewer than ten claims from domestic workers have been processed,” said Keitumetse Moutloatse, of social movement Black Womxn Caucus.

Possible reasons for this were given by Mashiane. She said the Labour Department needs to do more to educate employers and domestic workers, because many don’t know about the Constitutional Court hearing. She also said that domestic workers might not report their injuries out of fear of intimidation or dismissal.

“The [labour] department is making it very difficult for domestic workers to put in claims and benefit from the fund. They say the claim forms must be completed by employers,” she said.

Next:  Police are preying on immigrants, say human rights organisations

Previous:  Mamelodi residents left to the mercy of flood waters