City of Tshwane insists plans are underway to relocate the families 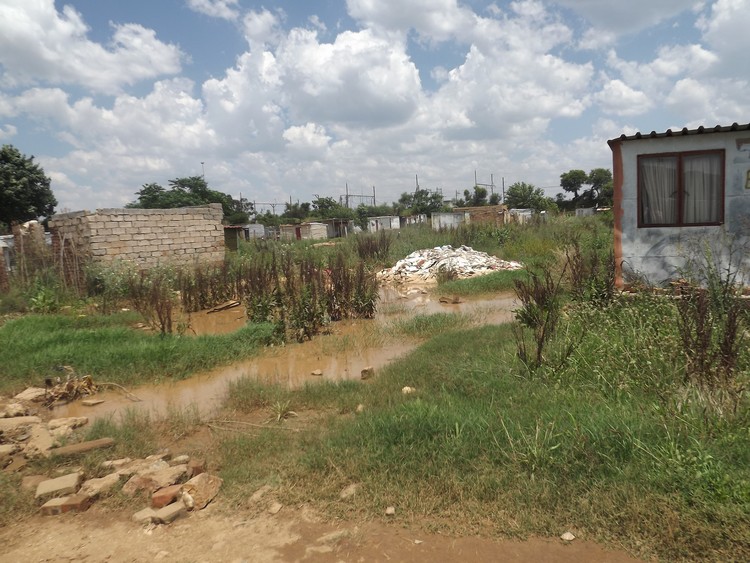 Residents of Eerste Fabriek informal settlement in Mamelodi say their homes have been badly damaged by flooding a number of times since December 2019. Just two weeks ago more structures were damaged and waterlogged. Photo: Warren Mabona

Families at Eerste Fabriek informal settlement in Mamelodi are demanding the City of Tshwane keep its promise to relocate them before their homes flood yet again.

Situated along the Moretele River, Eerste Fabrieke informal settlement is home to about 1,700 people, according to the City.

In September 2021, the City spokesperson told GroundUp that the City had recently acquired land in Mooiplaats to which some Mamelodi families would be moved. But, he said, more land was still to be acquired for the other families.

In February 2022, GroundUp reported that homes had flooded again after heavy rainfall. The City blamed delays in relocating the families on negotiations over the price of the land.

Now, the City says the affected households will only be moved early next year once plans for the relocation have been settled with the provincial housing department.

But residents say they can’t afford to wait that long as it is now the rainy season. Just two weeks ago, scores of homes were badly waterlogged.

Community leader Eddie Leshilo said his shack and many others were flooded during heavy rainfall two weeks ago. He said some people had begun rebuilding their shacks higher on the mountain.

“I get worried when it rains for more than one day. We are waiting for the land that they [City of Tshwane] promised us in December 2019. They said they bought the land for us in Pienaarspoort, but they also tell us about budget problems whenever we ask about our relocation,” he said.

Another resident, Itumeleng Lekwai, said she lost a number of valuables including furniture, ID books and a matric certificate when her shack was flooded in December 2019.

“I don’t buy furniture anymore because I’m scared that it will also be damaged by flood water,” said Lekwai. “The government repeatedly says it has bought us land with services, but those things have never reached us. I live in fear whenever there is heavy rain.”

City spokesperson Lindela Mashigo said Eertse Fabriek residents would be relocated in January as the land had only recently been transferred to the Gauteng provincial Department of Human Settlements.

He said the delay in relocating the residents was caused by the tine it took to acquire the land. He also dismissed the allegation that delays were due to budgetary problems. “The City and [Gauteng] province are currently engaging on the approach for the relocation,” said Mashigo.

According to the City, communities were warned not to occupy land, especially the land along rivers, streams or flood lines which included Eerste Fabriek.