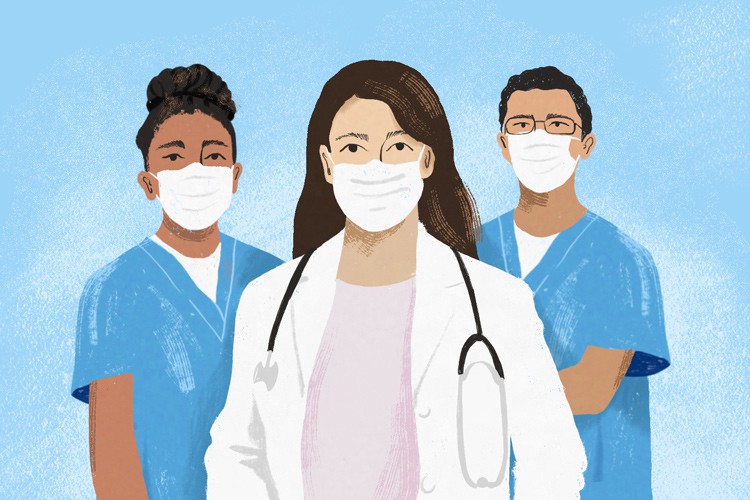 Two court rulings have made it easier for South African doctors and dentists who trained overseas and want to practice here. Illustration: Lisa Nelson

This follows two separate court hearings where the Health Professionals Council of South Africa (HPCSA) and the Medical and Dental Professionals Board were told to enrol over 100 doctors in both clinical and theoretical examinations.

In June 2021, Judge Margaret Victor in the Johannesburg High Court set aside the HPCSA’s policy governing the requirements for foreign-trained South African doctors or dentists wanting to practice in South Africa.

The case was brought by Dr Hoosain Vawda, a South African who completed his Bachelor of Medicine and Bachelor of Surgery (MBBS) at Anna Medical College in Mauritius. During his studies, Vawda received extensive clinical training. In March 2020 Vawda applied to complete his practical medical examination — the Objective Structured Clinical Examination — but was denied by the Mental and Dental Professionals Board, in terms of its new policy.

The policy, called the Pathway for Registration of South African Citizens Who Hold Qualifications Not Prescribed for Registration to Be Registered as Medical Practitioners, or the new Pathway policy, came into effect in June 2020. It required foreign trained doctors to undertake a year of local clinical training before they are allowed to sit for their pre-internship clinical examinations. The HPCSA regulates the education, training and registration for health professionals under the Health Professions Act. There are twelve professional bodies under the HPCSA, including the Mental and Dental Professionals Board.

In setting the policy aside, Judge Victor harshly criticised the policy. “At the time the decision was taken [to implement the new policy] no South African university had any programmes in place to provide clinical exposure to foreign trained medical students … Universities can’t be expected to improvise a programme of clinical training without proper planning.”

Despite this ruling, the HPCSA still did not enrol many foreign-trained doctors in these final professional examinations, including a group of about 100 foreign-educated doctors who are all South African citizens that studied in countries such as Romania, China, Mauritius, Malaysia and Ukraine. They returned to South Africa after completing their degrees with the hope of practising medicine.

In August 2021, these recently qualified doctors, under the banner of the South African Internationally Trained Health Professionals Association (SAITHPA), submitted an application in the Pretoria High Court to compel the HPCSA to enrol them in the clinical examinations. This action was partly successful, with about 30 doctors enrolled for exams in September.

On 5 November, the doctors who were not enrolled returned to court, asking for a contempt order against the Medical and Dental Professionals Board and HPCSA, for failing to comply with the court order. This application was unopposed and on 9 November the contempt order was granted. Later that month, the remaining 70 foreign-trained doctors were granted access to the December-round of examinations.

Rene Govender, chairperson of the South African Internationally Trained Health Professionals Association’s legal desk, said, “So far we have maintained an 80% pass rate. We will continue to fight for the rights of our young doctors who were trained abroad to be allowed to practice on their home soil. It’s not easy for parents to spend millions on sending their children to study abroad only to have them sit at home when they return.”

Dr Geremie Nayager from Phoenix, Durban was one of the applicants in the second application. He completed his seven-year Bachelor of Medicine and Bachelor of Surgery at Anhui Medical University in China in 2019. He also completed electives in internal medicine and surgery in Kerala, India. On his return to South Africa, he worked with the Gift of the Givers and helped run their Durban Covid centre.

“I had not planned to study abroad, it was a last minute decision that I made to follow my dream,” Nayager told GroundUp.

“My application process with the HPCSA received no response for months, not even a reference number. Administration delay was then blamed on the pandemic. Months later I was informed that I’m not eligible for the board exam as the board had to review my university’s curriculum. What HPCSA was telling me meant my years of study had gone for nothing.”

Nayager passed his theory exams with flying colours. After the August court victory, he was invited to write his practical exam which he also passed. He will begin an internship at Prince Mshiyeni Memorial Hospital in Umlazi, eThekwini on 1 January 2022.

The HPCSA’s head of corporate affairs Christopher Tsatsawane said that the Medical and Dental Profesionals Board and the HPCSA had accepted the Vawda ruling. “Candidates seeking to write examinations will be handled as was the case previously. If their submissions are compliant, they will be invited to sit initially for theory exams, and on passing, practical exams before they can be registered as interns.”

Tsatsawane said the number of applications chosen to write the clinical examinations will be determined by the “number that the university managing these exams is able to accommodate”.

Next:  An optimal vaccine strategy for middle-income countries