In damning judgment, court calls for Road Accident Fund to be liquidated

RAF officials and attorneys told Judge Denise Fisher that cases were settled, but she smelt a rat 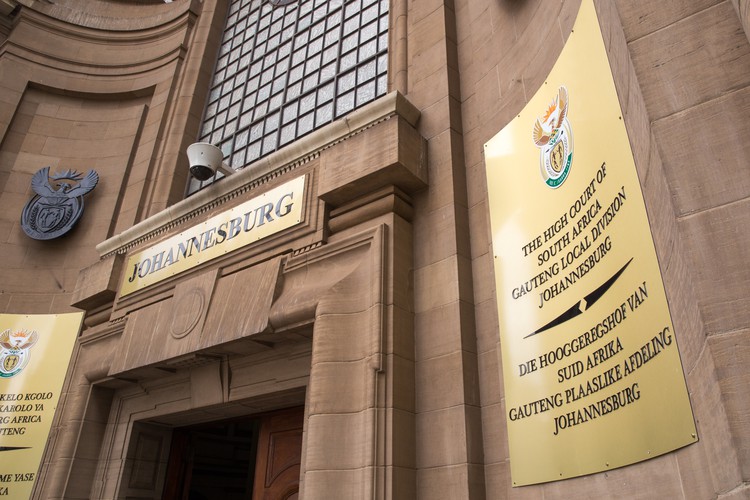 A Johannesburg High Court judge has blown the whistle on what she says are dubious goings on between the Road Accident Fund (RAF) and some personal injury attorneys.

Judge Denise Fisher had on her roll two RAF matters but was told they had been settled and she need not apply her mind to them.

But she smelt a rat when she saw that both claims had seemingly been grossly inflated during settlement negotiations and she refused to remove the matters from her roll.

After conducting her own inquiries, she has now penned a 37-page judgment, damning of attorneys, and some of the medical and financial experts used to quantify the claims, and the RAF officials.

Her conclusion states: “It is my view that the fund should be liquidated or placed under administration as a matter of urgency. This is the only way that this hemorrhage of billions of rands of public funds can be stemmed and proper and valid settlement of plaintiffs’ claims undertaken in the public interest.”

She has asked that the judgment be brought to the attention of the Minister of Transport, the head of the Road Accident Fund and the National Director of Public Prosecutions.

She has also referred the conduct of experts to their professional bodies, and the conduct of De Broglio attorneys, who handled both matters, to the Legal Practice Council.

The two matters on her roll were that of Marilyn Doris Tayor and Hlengani Victor Mathonsi.

Judge Fisher said they represented a cautionary tale for the RAF and those who rely on it as both the attorneys and the RAF had “strenuously sought to avoid the court’s oversight of the settlement agreements”.

“These are not isolated incidents … these cases expose the defiant attempts by legal representatives to avoid judicial scrutiny of settlements entered into under circumstances which are strongly suggestive of dishonesty and/or gross incompetence of those involved.”

She said that since May, the RAF had been attempting to settle cases rather than run trials in order to save costs. They were also not using external legal representation anymore and, with no judicial oversight, this had rendered the RAF system, already on the verge of collapse, even more exposed and vulnerable to malfeasance and incompetence.

The Taylor case, in summary, was a claim by an office administrator who, in the main, made tea and coffee. She earned R 5,500 a month. Her injuries as a result of the accident were “contrived”; there was no evidence that she had lost her job, and yet a settlement offer of more than R3 million was made.

It was only after the judge queried this that it was reduced to R1.3 million, still “significantly inflated”, the judge said.

In the Mathansi case the judge was also told the matter had been settled for a total of just more than R1.7 million. Again, she said, there were last minute amendments to the claims.

Judge Fisher said Mathansi had not lost his employment because of his injury, a fractured clavicle, and yet the RAF had settled the claim for future loss of earnings in excess of R1.3 million.

The modus operandi, she said, was that relatively modest claims were being made and then inflated in the actuarial calculation where the income was exaggerated or even fabricated. The actuarial report was being used as a basis for an amendment of the claim without oversight.

“The RAF is not represented and is overwhelmed by the sheer volume of cases and officials are pliable. They thus place undue reliance on the representations of the plaintiff’s attorneys as to the loss. As to general damages, under-qualified and sometimes pliable doctors are used to suggest the injuries are more serious than they, in fact, are.”

Judge Fisher said while the court’s jurisdiction terminated once the parties settled, the settlement had to be lawful and consistent with the Constitution.

“The RAF has chosen to ignore this court’s pointed concerns and instead of insisting on an order of court as a precondition of settlement, which would be the rational approach, it has chosen to acquiesce in the tactic adopted by De Broglio. That the RAF is conducting its business in this reckless manner under insolvent conditions is of great concern to this court.”

She said the two cases in question had not been lawfully concluded and the settlements were void but she had no authority to interfere with them and that would have to be done on review.

While she singled out De Broglio, she said similar tactics were used by attorneys across the board and they “learned them from each other”.

“Whilst De Broglio might believe it has served the interests of its clients and itself in achieving settlement for grossly inflated amounts it has, in fact, placed them in jeopardy to the extent that they are unconstitutional and unenforceable. They are, in effect, worthless.

“And if payment is made it would constitute irregular expenditure by the RAF and potentially make those approving such payments vulnerable to personal scrutiny by the courts.”

Next:  Informal traders say the City neglects the town centre in Mitchells Plain

Previous:  Blouvlei crèche survived apartheid but may not survive Covid-19

The other side of equation

It is clear the article raised the alarm on inflated RAF claims. It is wished there could be a similar article raising alarm on claims that are said to be settled, without payment to the very claimants.

The matter in question relates to two claimants who got in a head-on accident, which claimed the lives of four occupants in the other car and three in the car of these two surviving claimants. The accident occurred in 2005 and their claim was handled by a legal practice. There are metal implants on their limbs; thus, they can't secure jobs in their construction work.

RAF is adamant they only speak to claimants or claimants must speak with their lawyers. The lawyers agreed to send settlement letters forth. The claimants refute receipt of any such letters. The letter required the claimants to undergo medico-legal reports at their own expense, which should be overseen by the lawyers themselves, as per the RAF act. The claims prescribed without action on lawyers letter directives. There are settlement certificates purported to be issued by RAF but are not signed by RAF nor by the lawyers themselves to authenticate them.

SAHRC declines to intervene, citing the matter does not fall within their jurisdiction, instead issued an order to lodge a judicial review on their decision within six months. Legal Practice Council cited claims proscribed; thus, cannot intervene. They advise claimants to sue the lawyers for negligence. Claimants do not have the financial capacity. Equality court does not return calls as promised. Both departments of Justice and Transport do not respond to written requests to assist.