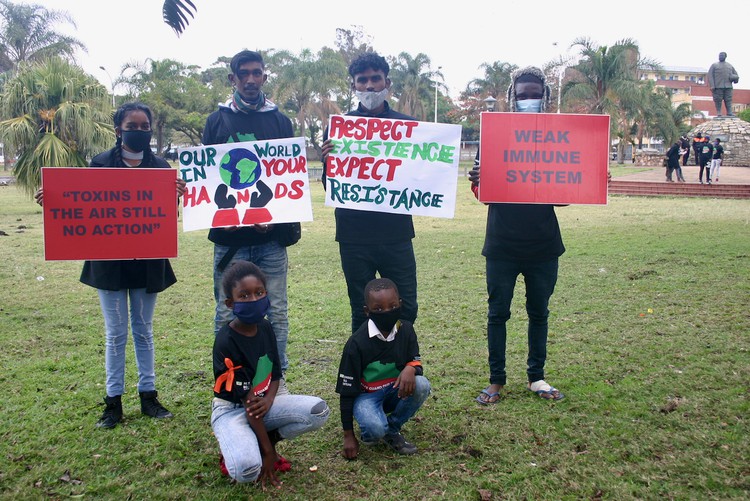 The march formed part of the sixth Global Climate Strike organised by Fridays for the Future, a climate justice movement sparked by Swedish activist Greta Thunberg in 2018.

Shabeer Khan of the KZN Subsistence Fishing Forum said their livelihoods were at stake because of climate change.

Ntombela said they are disturbed by news of more oil drilling along the South African coast. “This is not good for our ocean life. Today, we have fishermen who have joined us who are sharing the same sentiment as us. They make a living out of fishing and if we do not emphasis the message of saving our oceans they will go hungry.”

Ntombela said they want government to start implementing the use of solar power and to enforce the use of renewables. They want Durban Mayor Mxolisi Kaunda to take the initiative so that Durban leads other cities by example. “We want to see change and to be included in passing of bills and everything that has to do with government and the environment,” said Ntombela.

Another marcher from Poor Flat Dwellers said people must stop burning garbage in their yards as it pollutes the environment.

Mqapheli Bonono, Abahlali baseMjondolo deputy president and spokesperson, said: “Shack dwellers are also affected by pollution because of uncollected refuse in informal settlements. We are human being and we cannot sit by and let big companies destroy our environment. The youth have a right to speak up and climate change is one of the issues that is close to Abahlali’s heart.”

Next:  Western Cape farmers in court for assault