Sanitech has had to be accompanied by law enforcement 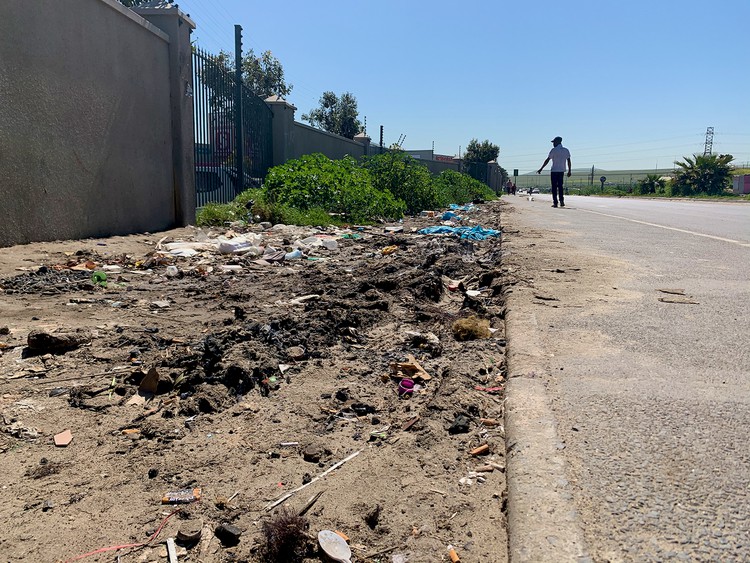 Informal settlement residents in Dunoon have started cleaning their own communal toilets and emptying the waste tanks along Potsdam Road. Photo: Peter Luhanga

In a new development in the on-going row over the cleaning of toilets for informal settlements in Dunoon, Mayco Member for Waste and Sanitation Xanthea Limberg said the City of Cape Town obtained a court interdict last week to allow Sanitech to service the area’s toilets.

The cleaning company is being accompanied by law enforcement when going to work in Dunoon informal settlements. If anyone stops Sanitech they will now be in contempt of court.

Since August Sanitech has been blocked from operating by residents who want Mshegu Toilet Hire to continue with its services. There have been numerous protests, including emptying buckets of faeces on the N7.

Limberg said work recommenced on 23 September, but ensuring the safety of the staff means it takes much longer for the company to do its work.

Meanwhile, as toilets fill up, residents have resorted to dumping faeces along roadsides. Faeces are strewn along Potsdam Road, for almost a kilometre long stretch, from the intersection of Usasadza Road and Stables Way in the direction of Malibongwe Drive.

Residents have submitted two petitions to the City to drop the Sanitech contract – on 24 July and 9 September. They also listed further grievances, including low water pressure and a lack of taps, sewer blockages, and illegal dumping.

According to Mshengu Toilet Hire operations manager Benjamin Milandou, the company has not yet removed the 874 toilets it had provided in Dunoon.

Limberg said Dunoon presents a set of “very unique challenges … Chief among these is the rapid growth of the area and extremely high numbers of unauthorised structures being built. Many of these structures have been built illegally over the City’s manholes, which means that when a pipe becomes blocked, teams are not able to access the blockage and clear it.”

Next:  Activists threaten to take over unused land and farms