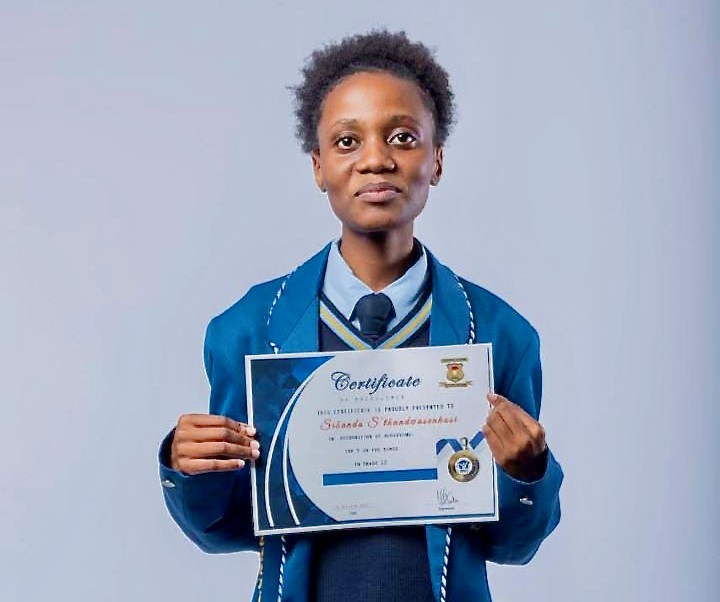 S’thandwasenkosi Sibanda achieved eight distinctions with over 90% in six subjects, but she has sleepless nights because her university career may be cut short due to a lack of funds. Photo supplied

In her matric exams S’thandwasenkosi Sibanda achieved eight distinctions with over 90% in six subjects. She is now in her first year studying biomedical science at Wits University and her dream is to be a medical doctor. But Sibanda might not be able to see the year out no matter how brilliant she is academically because she does not have enough money to pay her full fees. The reason: she is Zimbabwean, born in Bulawayo, and came to South Africa four years ago.

“l have sleepless nights, worrying that l won’t even finish my studies as l may get stuck because of funding. I pray for someone to offer me funding to complete my studies,” she says.

Sibanda received a merit scholarship from Wits University because of her academic ability, but it only covers part of her fees. She needs to find at least another R21,163 if she is to meet her fee commitments.

The National Student Financial Aid Scheme (NSFAS) only covers South African citizens and, thanks to a court ruling in November 2020, permanent residents. The ruling came after the Centre for Child Law successfully took NSFAS and the Minister of Higher Education to court on behalf of a Burundian student who had permanent residency.

But Sibanda, like many non-citizens, falls outside that category. Sibanda is currently on a study permit and may only be eligible to apply for permanent residency in 2026.

Lawyers for Human Rights (LHR) and the Refugee Undocumented and Stateless Children (RUMS) project have expressed concern over Department of Higher Education’s funding policy as it excludes many immigrants.

Jessica Lawrence of LHR says they are contacted every year by matriculants who have the necessary grades but can’t find funding for tertiary studies. Not only do they struggle to get funding but even though they have come through the South African school system they are regarded as “foreign students” and “charged exorbitant international student fee rates”.

Sibanda’s mother is a low-wage, domestic worker and a single parent. She borrowed money from her employer to make up the R21,489 shortfall for her daughter’s registration. Sibanda still needs another R21,163 and the loan has to be repaid too, making her shortfall about R43,000.

Annelie du Plessis, legal consultant for the RUMS project in the Mamas Alliance network for migrant children, said, “Tertiary education is a progressively realisable right in South Africa. Certain promises were made by the government during the Fees Must Fall campaign but it has not yet resulted in free further studies for all … The question of whether this can be limited to citizens only is a different one.”

Spokesperson for the Department of Higher Education Ishmael Mnisi said, “I am not aware of a government policy that provisions for funding for foreign nationals be it legal immigrants.”

He said it is not within the current government policy framework to prioritise funding for foreign nationals.

“The issue of funding is a problem and we are currently battling with it as a country.”

Repeated attempts to establish where the Wits SRC stands on the subject of fees for immigrants were fruitless.

Wits University replied that Sibanda was “added to a database, together with her peers, where we will try to match them with potential donors as the year progresses, but this is not guaranteed”.

“We are always actively looking for funding for our students – anyone who wants to contribute should please donate via this link: Bursaries - Wits University.”

An online list of South African bursaries shows they are only for citizens with a few exceptions for post graduates. Mukuru sponsors two “foreign nationals” in IT studies. We found no bursaries for which Sibanda would qualify.

Next:  IPID to probe Durban police after two people shot in a week

“Our children can’t play outside any more” say Hillview residents